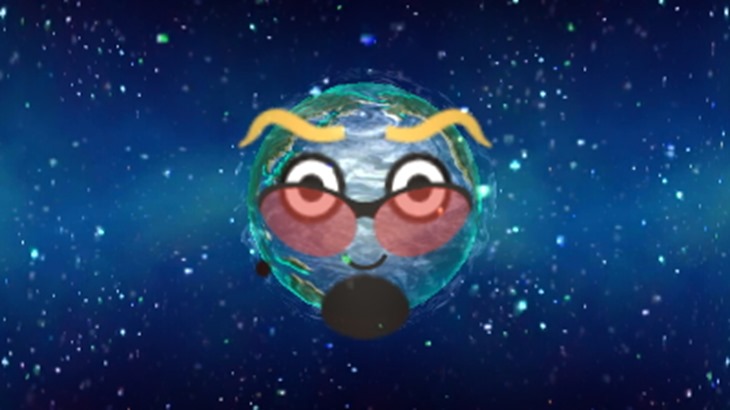 This cosmic dance of bursting decadence and withheld permissions twists all our arms collectively, but if sweetness can win, and it can – then I’ll still be here tomorrow to high-five you yesterday, my friend. Peace. 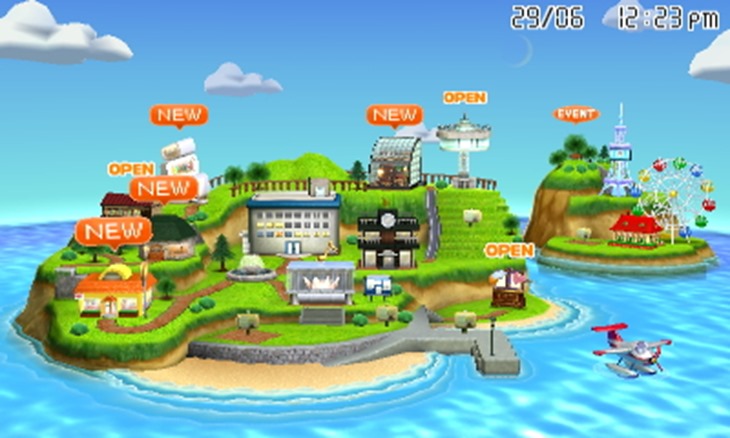 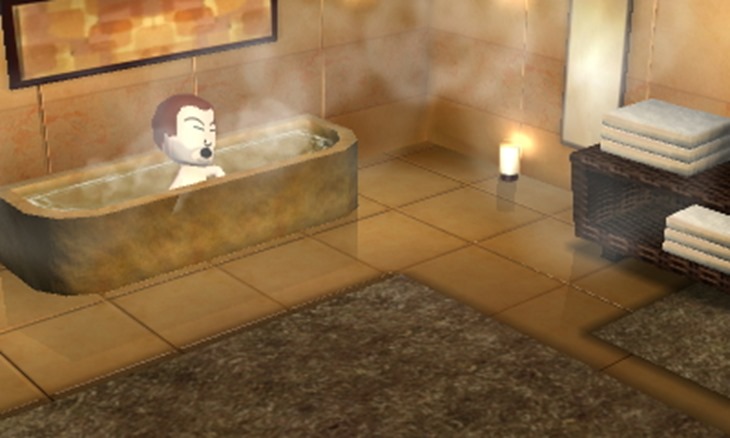 Mr Bison has moved in nicely into his apartment block. But he happens to be the only one in there. Ag shame, the little guy is lonely. He needs companionship! Ask and ye shall receive! I shall create a partner for you, Mr Bison. Her name shall be Shirls. And you shall eventually fall in love! But first, I need to feed you, and level you up. Which gives me the chance to reward you with a choice of a new room interior, a song or another odd gift. So learn to rap Mr Bison. Learn it well! I expect you to get jiggy with it! 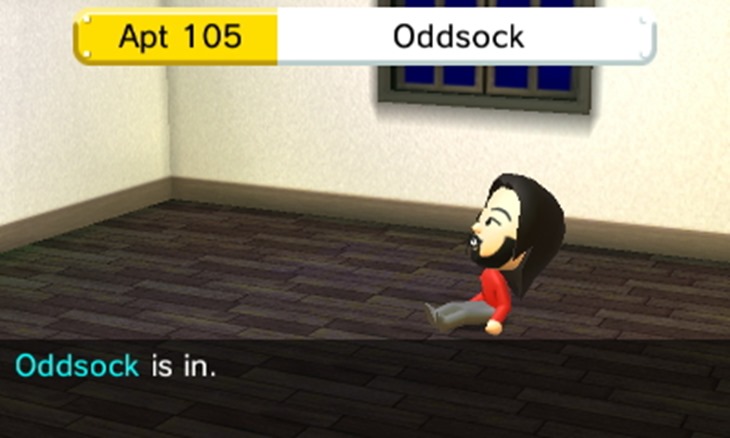 Bison is growing nicely, Shirls has plenty of spunk and the two seem to have hit things off. And yet, I yearn to populate my island with more strange and quirky characters. Which would explain why I created a Mii version of my colleague Geoff. Oddsock is a strange fellow, as he spends most of his time rolling around on the floor, complaining that he happens to be hungry and being unable to sleep. Art imitates life in this case.

Meanwhile, the influx of new islanders has opened up several new locations. A supermarket is now just around the corner, a haberdashery has some fine wares to sell and a new clothing shop means that I can traumatise my inhabitants by dressing them up in garish and gaudy clothing. Life on the island is good! 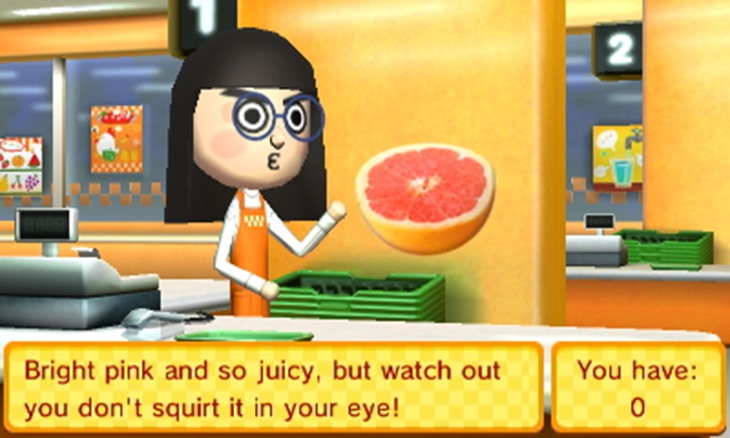 A busy apartment block means that I have a ton of problems to deal with. My Tomodachi Miis are hopeless without their god pal to help feed, dress and socialise them. Some are hungry, some are lonely and they all need me. And I’m enough of a jerk to mismatch certain Miis with clashing personality types on purpose, just to see what will happen.

While I’ve had fun building Miis of my own, such as a (hot-tub obsessed Gavin), I’ve also taken to importing a few of the little guys into my world from across the world-wide web. And I thought I was messed up, but some of the other custom creations that exist put me to shame. At last, I’ve found my people. 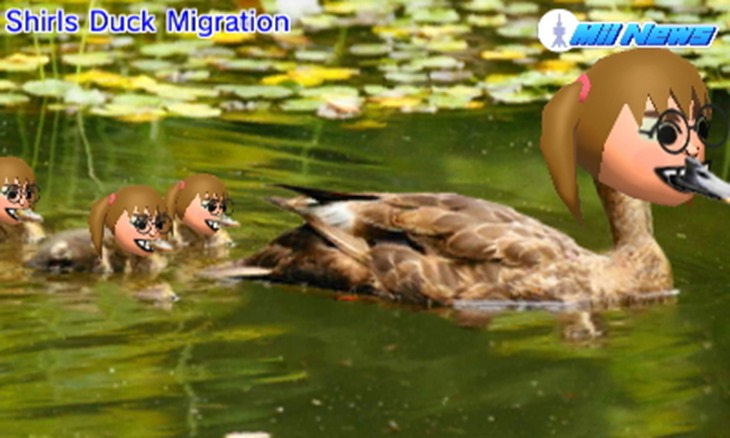 I have a news station! More well-staffed than SABC, and with my Miis almost a week old now, quite possibly far more educated! This is where everything happens, or is at least known about. Now if you’ll pardon me, I need to find out what Oddsock knows about gigantic footprints that have popped up on my island. 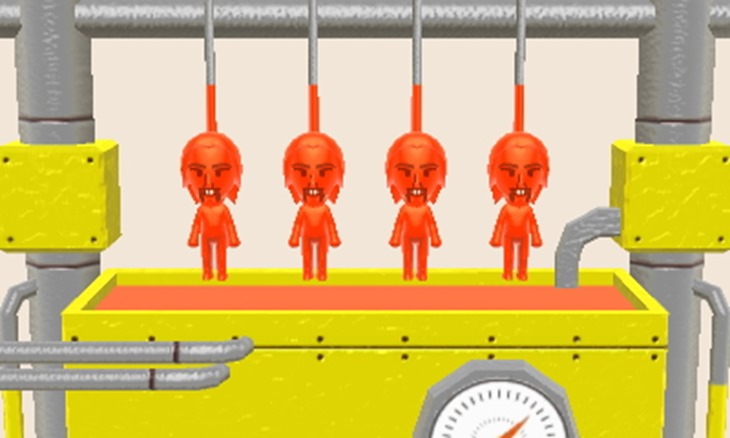 Did you know that Miis can dream? I didn’t. And man, do they dream about the weirdest things. Such as Oddsock (Always with that bloody Oddsock), who had a peculiar dream last night about multiple versions of himself being dipped in a weird substance and then moved along on an assembly. I’m aFreud that something may be wrong with this little guy. 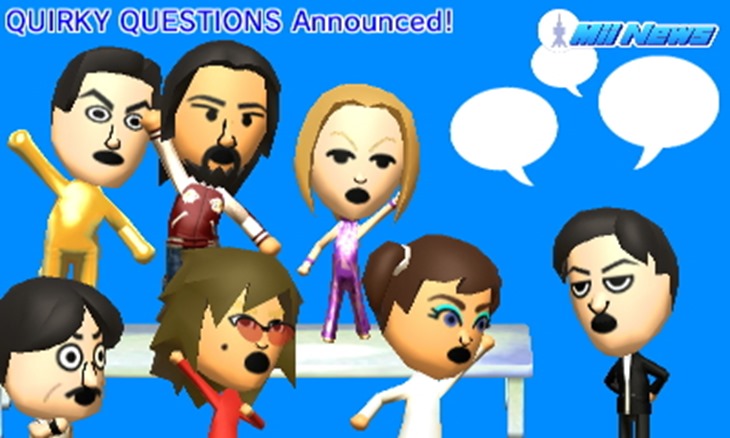 Games! My islanders love playing games, although some of these experiences are…odd. You get regular games such as matching tiles to form a pair, guessing what a magnified object happens to be and more. And then you get games that involve tapping your touchscreen like a Facebook poke-addict to beat a miniature version of their Mii at wrestling. 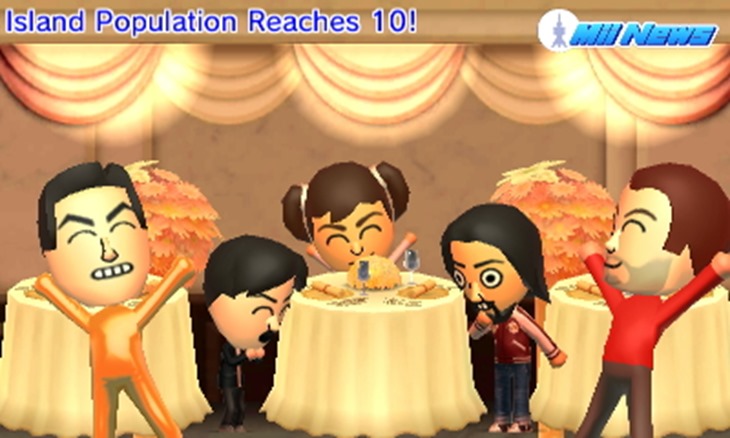 Bring out yer cash! Bring out yer cash! Every day on my island starts with a cash donation, because helping these little guys exist doesn’t pay enough on its own. More villagers, more cash. Which isn’t my motivation for pumping out miis like a rabbit colony on steroids, but you get the idea. 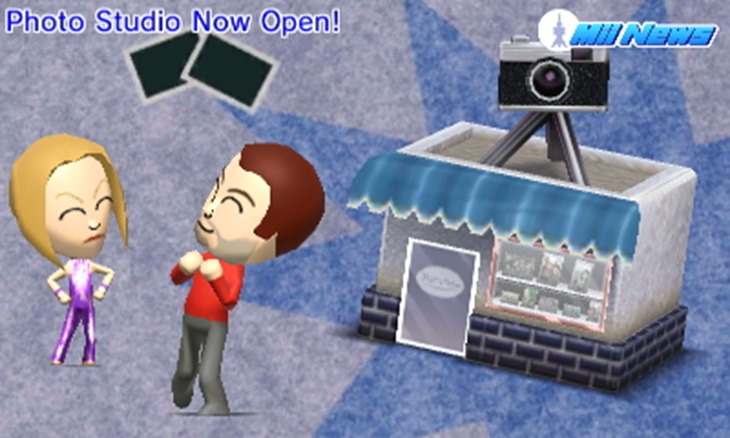 I’ve opened up the majority of the locations on the island so far. A haberdashery here, a supermarket there and a theme park for good measure. One or two locations remain to be made public, but that’ll all change as soon as I take the game online and start sharing and receiving Miis. Somewhere out there, Dustin Hoffman shudders as he realises that all his worst fears in Outbreak have come true at last. 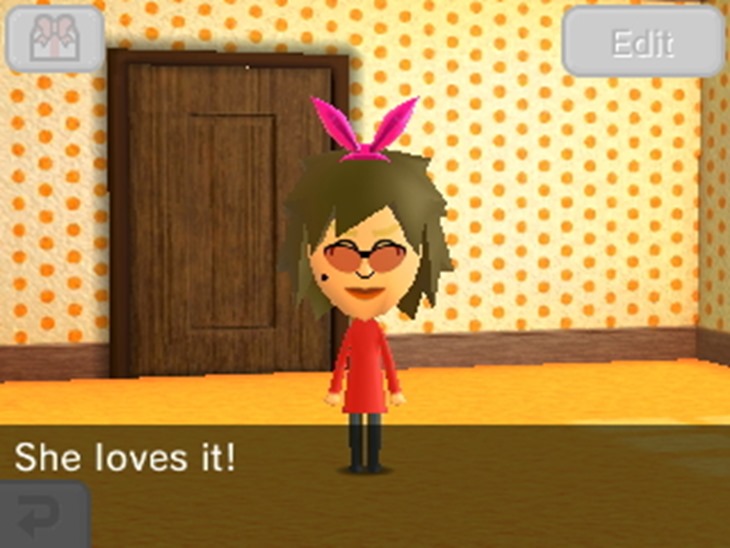 Customisation is a major factor in Tomodachi Life. You can dress your Miis up in all manner of outfits, hats and junk. You can be responsible and make them look fashionable. Or you can be like me and wonder why Bison feels unhappy about wearing a full-body skintight gold speedo. He’ll come around eventually, I’m sure of it. 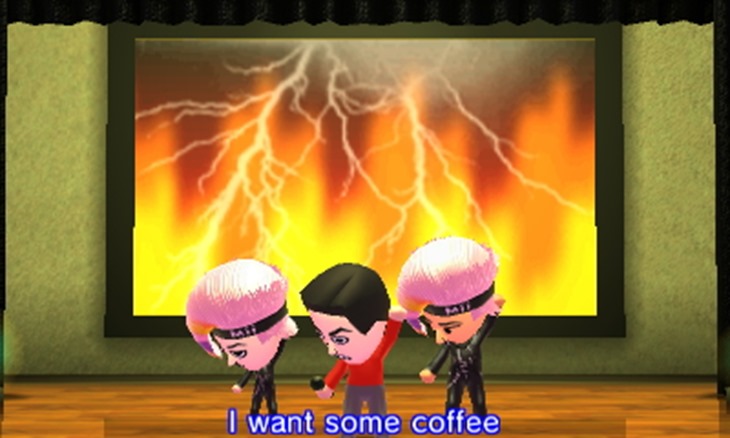 So, you wish to dine on some hard rock tunes? Well then forsaken ones, open thine ears and slake thy thirst on the music that can force kings to their knees and oceans to boil! Behold the song that will take your Miis to the top of the charts, forged in the flames of a renovated apartment brought on by levelling up my band! Maybe I shouldn’t have spent so much time writing a pop song before I wrote that hellacious intro. 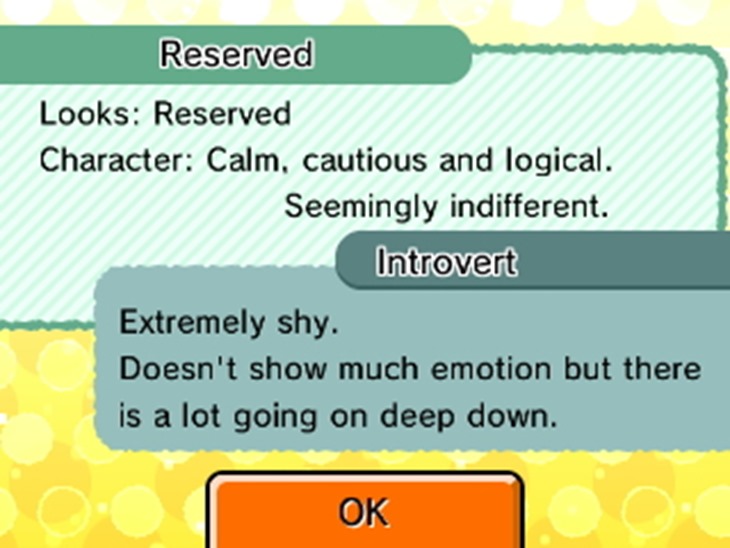 Each Mii is different, and that’s something that can be seen in their likes and dislikes meter. You’ll often be called upon to grab some grub or clothing for your inhabitants. And they’ll be prompt in letting you know whether they like something or not. Which explains Bison, who really enjoys eating snacks and cakes, and despises eating food that has been deemed healthy. Eerily familiar, methinks. 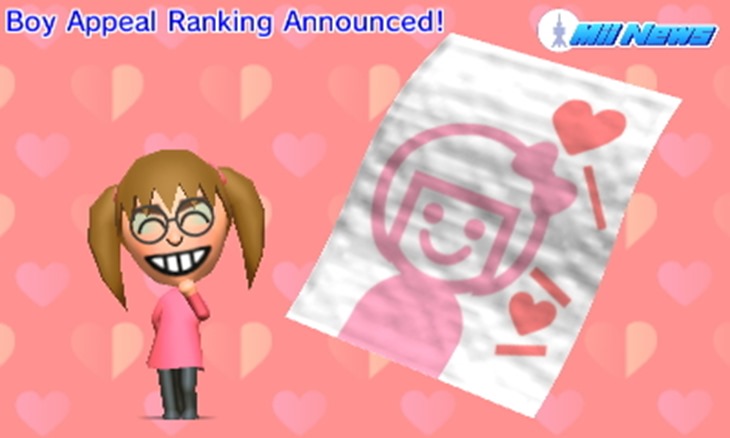 This week, on Tomodachi Life! Bison loves Shirls! But so does Mistah J! Who will Shirls choose? Who will she decided to spend the rest of her life with? And will she furrow her brow as the camera zooms in on her concerned face as sad music plays? Find out, on 7de Tomodachi Laan tomorrow night! 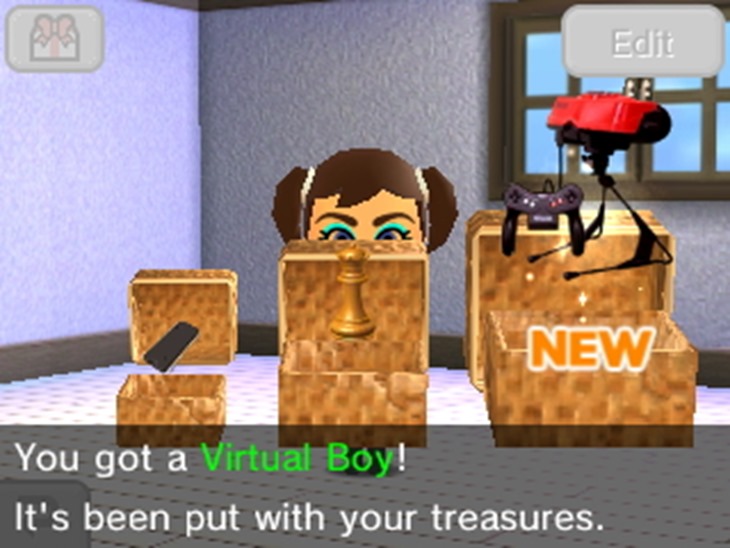 I have a pawn shop now, in case I need to make some extra cash. And that’s great, because my Miis keep showering me with unusual gifts, such as socks, boxes of tissues (WHAT ARE YOU TRYING TO TELL ME?), CRT TVs and the latest virtual reality of the 1990s in the form of the Virtual Boy 3D. Those items can be kept and given away. Or you can pawn them off, as a trio of fat robots offer you a pretty decent deal actually. Someone should make a TV show about this. 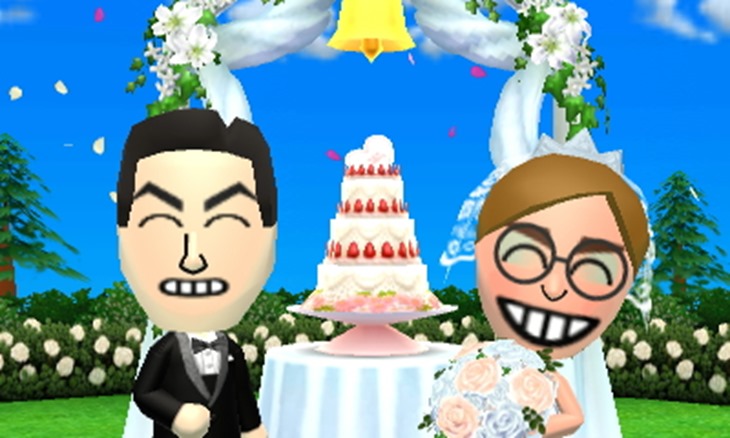 Marriage! It has been a long courtship between Bison and Shirls, but finally I have wed my two original islanders. It wasn’t an easy proposal. Shirls met Bison in a subway station, and we had to pop certain questions just as he was thinking about her. I don’t care if that is an invasion of privacy, because that is bloody romantic to me. 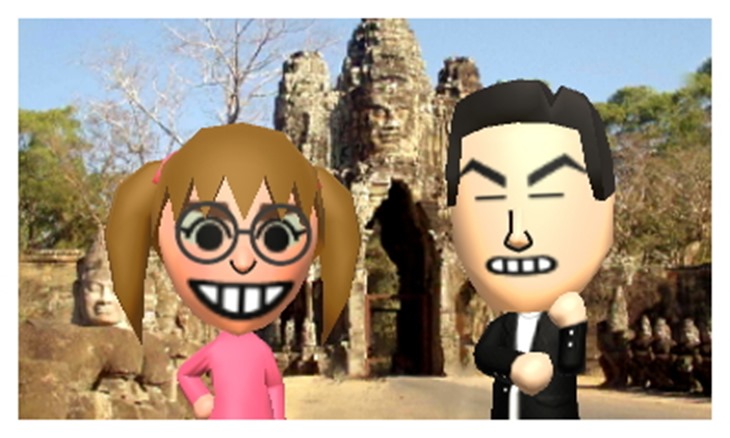 And what wedding would be complete without a honeymoon. Two’s company, three’s a crowd but so what dammit, I have the camera! So smile my lovely couple, let me document your wedded bliss and have memories to keep of you! 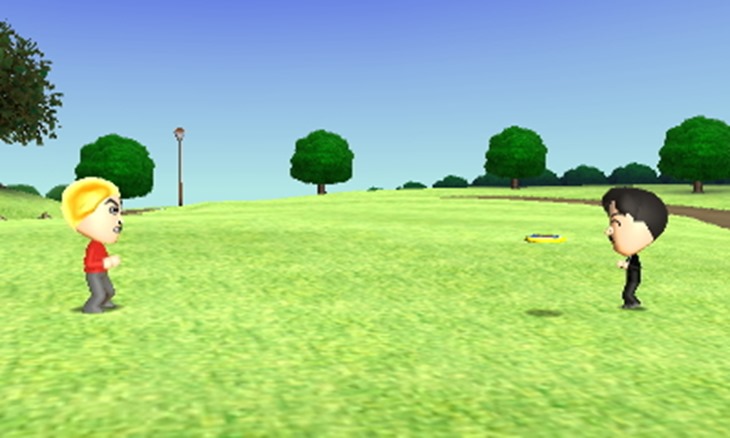 I’m a father to these guys. I’ve finally realised it. They may be older than me in-game, but they’ve got the mindset of children really. And I’ve come to love these little guys so much. They may be crazy, weird and make about as much sense as pineapple on a pizza, but dammit they’re my crazy and weird Miis. And that truly does make them one of a kind.

Importing a Mii may be the strangest thing ever. The process itself is easy enough, whether you do it via StreetPass or over the network. But there’s just something odd about starting a life for the digital dweller, that I have had no hand whatsoever in the conception of. This is a Mii that carries the hopes and dreams of someone else entirely. Or their various quirks and odd mental habits. But it makes life on the island that much more interesting. 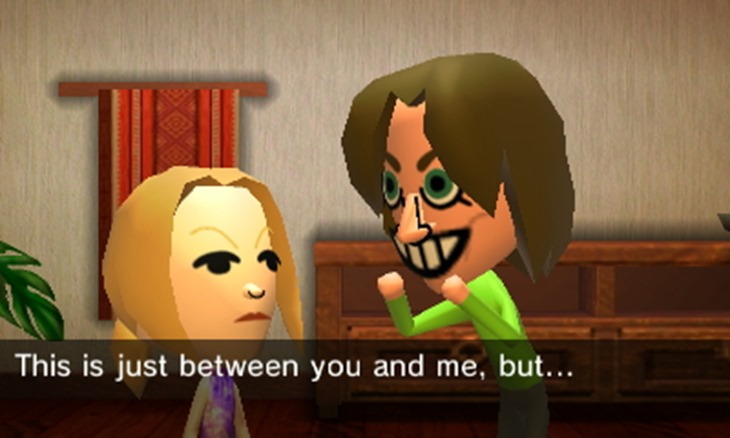 If there’s one thing that I enjoy about Tomodachi Life, is that the game never penalises you for leaving your Miis alone for an extended period of time. They’ll always be there, waiting for you. They’ll never give up hope, and they’ll always be right where you left them. But they will remind you that it’ 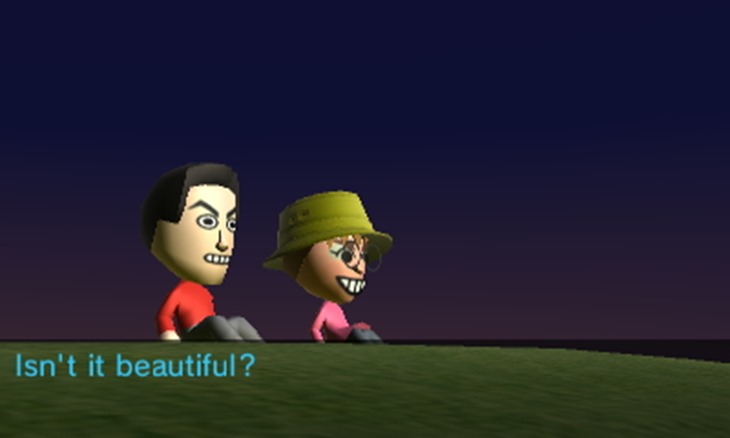 My time on the island, is at an end. It’s been an odd month, make no mistake, but there’s an addictive quality to checking on my inhabitants once a day for a quick-fire session to make sure that they’re all doing ok. I’ve built relationships with my Miis, watched friendships blossom and built a city out of nothing.  It’s been a wild and unpredictable ride.

And I’ve loved every minute of it.