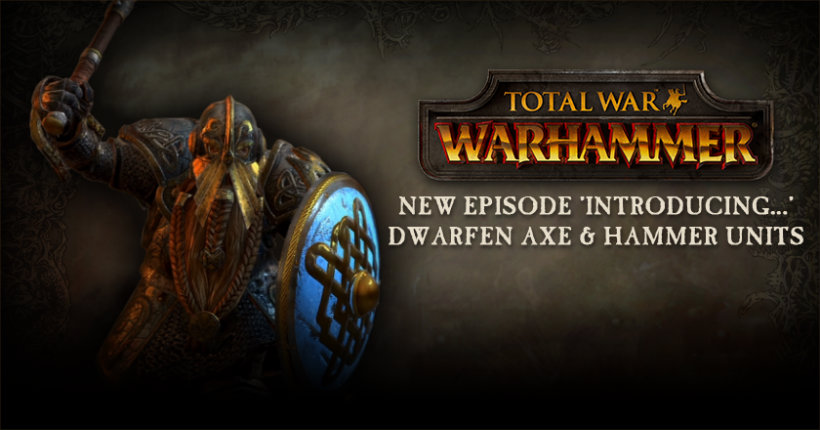 Thus far, Total War: Warhammer has only really been showing off the Empire and Greenskins. But now it’s time to go deeper. Not just into the game, but deeper into the mountains as we unearth the hammer and axe-wielding dwarves of the game.

Here is the reveal video showing off the new units:

Holy crap, do you see the detail on those guys? They look absolutely stunning and their animations are far too adorable impressive. I love how they look like a coiled up ball of energy that strikes with ridiculous force. I want to put these guys in my pocket and take them home with me.

We haven’t been given much else about this faction just yet and how it will fit into the game, although there is this description on the video:

In this ‘Introducing’ video, the Dwarfen units revealed are Longbeards, Ironbreakers and Hammerers.
Dwarfs are expert craftsmen, most working in ancient forges and workshops where centuries, if not millennia, of hereditary knowledge are smithed into weapons and armour whose quality cannot be replicated anywhere else in the world. Dwarfs are expected to maintain their own arms and armour, and once they don their heavy Dwarf mail, they are an impressive sight to behold.

I can’t wait to see the full trailer with the gameplay footage. These guys are such an interesting faction and will be a nice contrast to what we’ve seen thus far. Now I want to see them in action.