If you’ve never experienced a Trackmania title, now might be the best time. Trackmania Turbo is coming, and not just to PC for a change. The racer will be landing on Playstation 4 and Xbox One too, meaning far more people can get in on the frenetic, fast-paced action! I got some hands on time with the game at Gamescom, and the good news is, it’s better than ever.

Not that I’m a Trackmania professional that can give proper credibility to that claim or anything. Honestly though, the latest edition of the franchise, Turbo, is a whole lot of fun based on the short time I had with it. 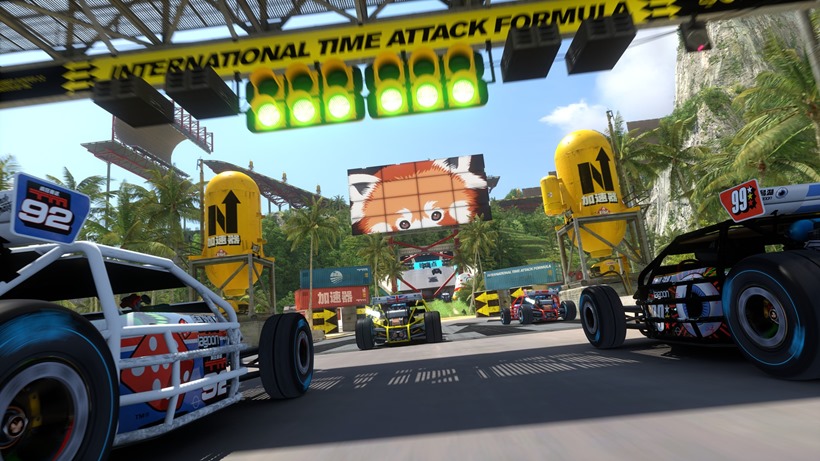 If you’ve played any Trackmania before, you’ll feel right at home, especially given that most of the four environments in this game are pretty much updated versions of previous titles in the franchise. The environment, International Stadium for example, drives and feels pretty damn identical to that of Trackmania Nations.

These four environments can be experienced over a whopping 200 tracks, all of which can be played across 5 difficulties. Having had some time with this franchise before, I immediately felt that familiar addiction setting in as I was given some time with the new environment, Rollercoaster Lagoon.

It’s certainly one of the prettiest environments I’ve ever seen in a Trackmania. What’s better than doing some casual wall driving or loops on a track with a tropical paradise as the backdrop? Nothing I tell you, nothing at all! 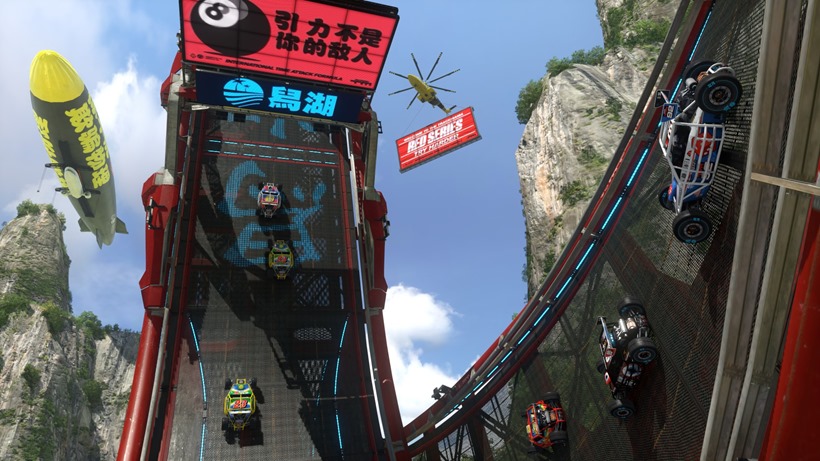 Beyond the 200 tracks, there will be a lot of additional content thanks to the track editor. Users can go out of their way to make death-defying, tough as nails circuits if they wish.

Or, if they’re like me, and couldn’t be bothered to spend time doing that, they can make use of the new random track generator. As the name implies, at the push of a button, a new, random circuit can be built from scratch. The one I got during my demonstration had some nice straights, perfect for building up speed. This speed was put to good use as I raced up and down several walls.

It’s a neat little addition that will extend the longevity of the game, though I do find it a little disappointing that these tracks cannot be shared anywhere outside of local play. When I asked why, the simple answer was that servers would get flooded far too quickly if people could just share any old track that was created. I get that, but I do think the option should still maybe be there. 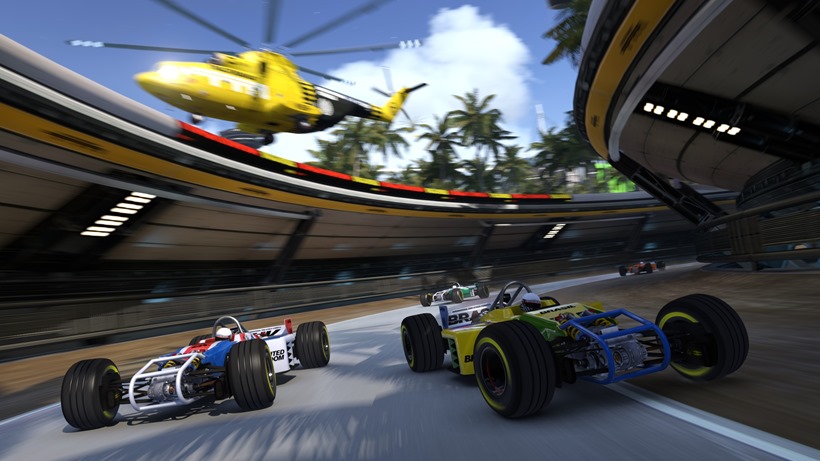 During my hands on time, I was also given the chance to try Trackmania Turbo in conjunction with Project Morpheus. Being one to scoff at those who get nauseated by the use of VR (seeing as I don’t myself), I sat down and snapped on the headpiece cockily.

Which I suppose, was karma having its way with me. Within minutes, I broke out into a cold sweat. Being that close to the car and racing it along at a breakneck speed didn’t seem to agree with me. I had to slow down so I could get used to it.

Soon though, I got over the sensation, and the nausea seemed to pass. When it did, I was able to really enjoy this new perspective. It doesn’t really change the gameplay itself in any way, but it does change the experience somewhat, making it feel a lot faster, and a lot more personal. 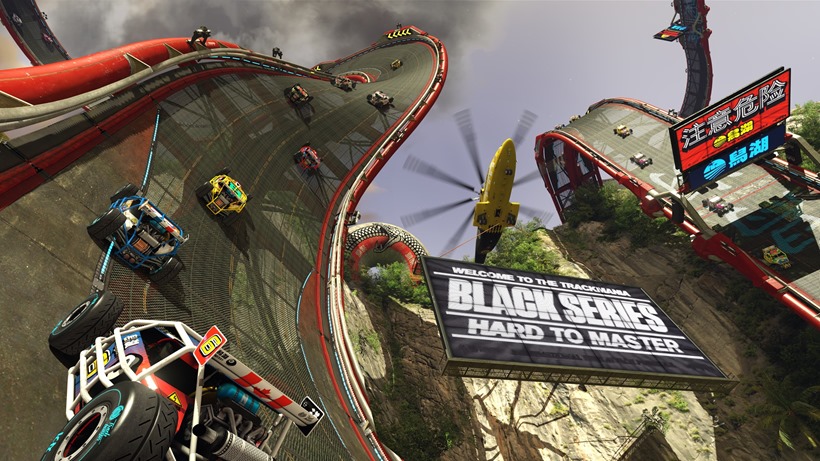 Overall, Trackmania Turbo looks to be a solid offering for both fans and newcomers alike. It is packed with content, as well as that familiar racing addiction.

The thing with this title is that you don’t need to be a racing fan to enjoy it. Granted, it’s all about nailing the best time, but it’s also about completing the challenge that many of these tracks offer. Large jumps, tight corners, loop del loops… they all require precision, making this a bit of a puzzle racer in a sense.

Trackmania Turbo will be launching toward the end of the year, on November 27th. If any of the above appeals to you in any way, trust me, you’re in for a treat when the game arrives.