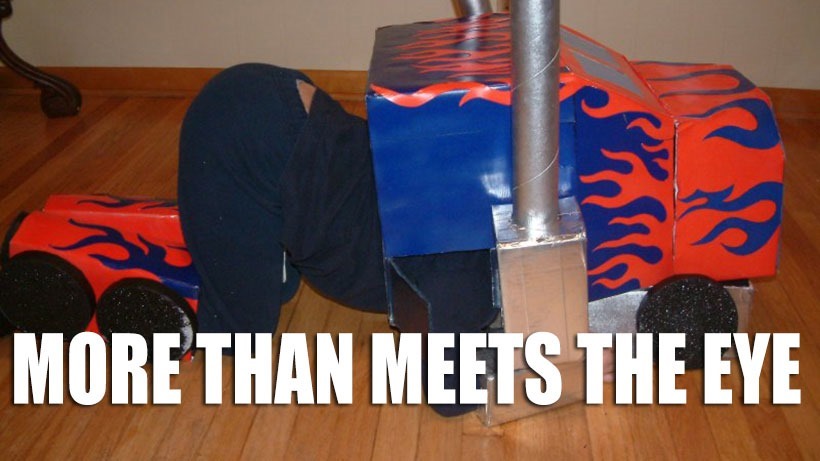 You may not know this, but I’m a huge Transformers fan. And that fandom only extends to the first Michael Bay Transformer movies. The rest of them can get back into the Cybertronian sea of despair.

And I mean, what’s not to love? You’ve got not only an epic war between the Autobots and Decepticons that has been waged for MILLIONS of years, but heroes and villains who transform into vehicles as well.

Friggin’ robots in disguise man, I can’t get enough of them. I am however, not a fan of seeing one of my favourite franchises being butchered. I’m highly protective in that way.

Which is why Transformers: Devastation is making me so happy. I mean, just look at it:

That’s the proper G1 era of more than meets the eye, combined with one of my favourite development studios on the planet, Platinum. I still played the game at E3 and I had a blast with it.

Because name one other game that allows you to finish a combo off by P-klapping the opposition in the face with an 18 wheeler truck transformation. No, don’t even try, because just like a tween girl experiencing drama, you can’t even. You just can’t. Even.

Transformers Devastation is looking a ton better than Platinum’s previous title based on animated property, The Legend of Korra. And I’ll be the first fanboy to admit that that game, was a master in bending crap, faeces, excrement and Bantha poodoo.

Now you’ll need to excuse me, as I’m determined to also transform and roll out. I know I can do it, for realsies.