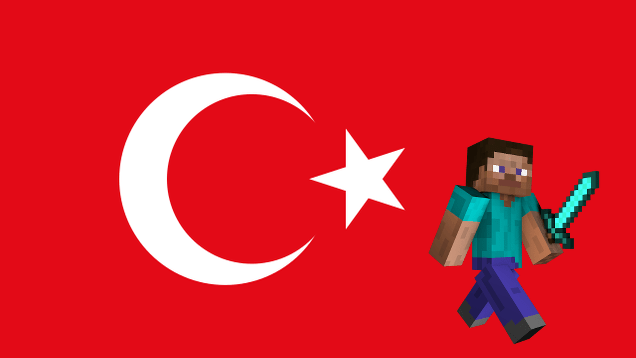 Minecraft is all about expressing your creativity. Whatever you see in your minds’ eye can be created in blocky awesomeness in the game. However, if all your minds’ eye can see is violence, I suppose you’ll see that, too, just like a Turkish ministry did.

According to Kotaku, the Turkish ministry for Family and Social Policies has sent a report to the legal affairs department seeking a ban against Minecraft. It will be up to the Turkish courts to decide if a ban is necessary or legal, but the report gets pretty bizarre rather quickly.

Although the game can be seen as encouraging creativity in children by letting them build houses, farmlands and bridges, mobs [hostile creatures] must be killed in order to protect these structures. In short, the game is based on violence.

It even goes so far as saying that children who play Minecraft will begin torturing animals because they will be oblivious to pain they would be inflicting. Plus, Minecraft would cause “social isolation”, and at the same time somehow cause online internet bullying.

It all seems rather ridiculous, and it would be a major precedent as Minecraft has never been banned in any country. Could we see other countries follow suit? I always find it funny and interesting when such innocuous forms of media come under such extreme scrutiny. Minecraft isn’t used for violence by children – there are plenty of other ways for them to express violent tendencies. I think this report says much more about the people who commissioned it than about the game itself.