The team that brought you â€˜Splosion Man and Comic Jumper is busy working on their third Xbox Live Arcade exclusive.Â  Entitled The Gunstringer Rides Again, the game is a western platformer with what looks like a blend of on-rails shooting. It’s also entirely Kinect controlled.

Using Kinect, players have to control the Gunstringer like a marionette puppet because, well, that’s what he is: a puppet. The entire game is presented like a puppet show with stage props, clock-work enemies and other marionette characters. The debut trailer pulls no punches and is guaranteed to get fanboys’ panties bunched so far up their butts they’ll be pulling cotton out of their teeth for weeks.

The game’s lead designer, Dan Teasdale, has emphasised that The Gunstringer will be â€œunlike any Kinect game you may have played previously. There are no minigames, forced gestures, or end of level photos of you in your underwear here. You can play it sitting down, which is great if you just want to play and relax rather than burn crazy calories. Most importantly, you can aim and move with precision not seen in any of the Kinect launch titles, and with a speed and feel that’s just not possible with a traditional controller.â€

Here’s hoping that The Gunstringer will be able to pullÂ ofÂ all that off; precision aiming and being able to blob on your couch while playing a Kinect game sounds great. You can check out the game’s official blog here. There is no release date or price mentioned as yet. 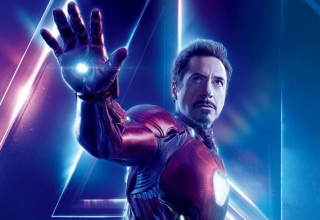 Covid-19 is not just having a devastating impact on movies this year, but could impact the movie world for a time to come.