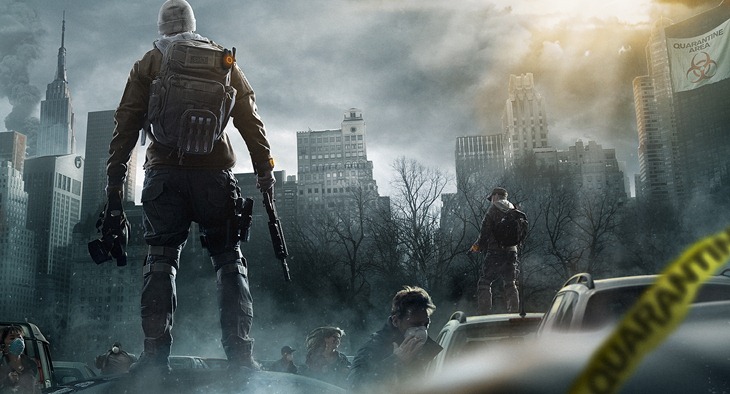 Guys, I know what you need. More Tom Clancy’s The Division. And if you step into the dark alleyway that has the oddly convenient factor of being able to muffle loud noises, I’ll show you a  couple of new ones. That’s right, follow me…

Thanks to MP1st, here’s a head-busting two entirely new screenshots, one of which shows a serenly-devastated New York landscape, the other a rooftop battle. Say what you like about the game being delayed and details not forthcoming, but as far as shooter MMOs go, The Division looks bloody marvellous on a  visual level. And I’m digging that HUD. 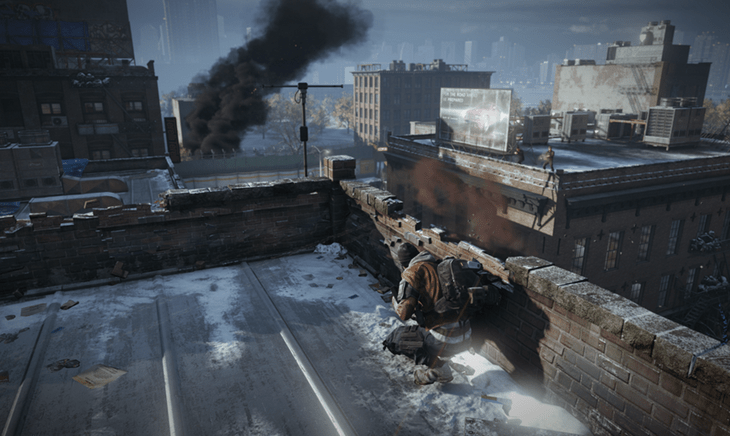 Survival games seem to be all the rage right now, and The Division follows hot on the heels of other well received genre games such as DayZ and Rust. Mark my words, this genre is going to get bigger in the years to come.

Here’s a question that Gavin asked in our office chat, that I’ve gleefully stolen from him: Does the Tom Clancy name still help sell a game to you? Sure, he may have had input on the early games, but as time went on, that input dwindled down to signing off on the use of his name as a brand.

Does that brand have any impact on the game that you buy today? I for one, don’t feel it. That, and I’m plenty sick of having to type it out every single time. Words are hard yo.

Tom Clancy’s The Division (SEE?) is out one of these days. Probably in 2015, according to rumblings on the net.