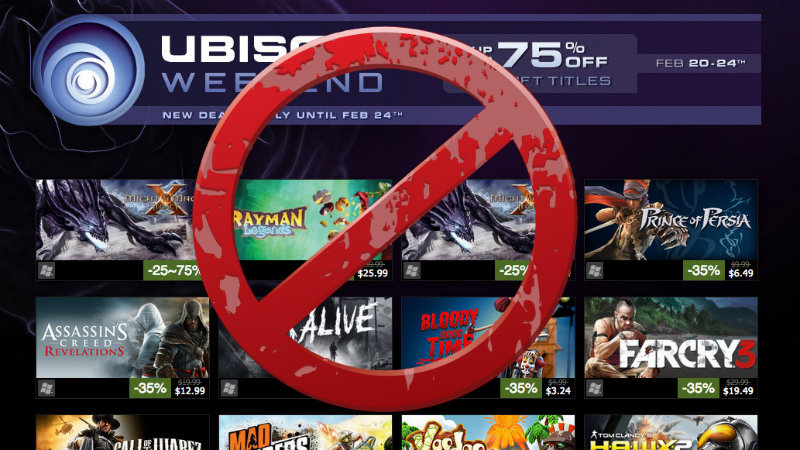 It’s months after game launch and you decide to go pick up that game you missed out on. After checking prices online and at your favorite retail outlet there is a marked difference in price. Why are digital versions of games so much more expensive even months after launch? Well, Ubisoft has a reason, but it’s not a good one.

Digital is more reactive than what we put in stores, but at the same time, it doesn’t react as fast on consoles than it does on PC. What we can say is that when games are older than one year, digital is a lot more dynamic on console because there are less units in stores. It’s a new business, a new trend, and we think all this will get more in line with time, but for sure, at the moment you see all sorts of prices depending on who is doing a promotion for that specific week.

If you look at the PC [post-release discount] trend, I think you will see that on consoles, but you will have to wait a little bit of time for that to happen with the same speed.

[…] Also, one thing to consider is related to stocks; if we have stock in stores, we tend to make sure we decrease the quantity of units in stores before going digital with lower prices.

It doesn’t make sense to me why PC versions of games can get marked down so quickly and easily while the console versions of the same game take forever to go on sale. Nintendo does the same and it drives me crazy – if I don’t pick up a game at launch, I expect the price to be lower when I eventually grab it. Instead, I have to wait for the stock to go stale on retail shelves so that they mark it down.

I wonder if pressure from gamers will force publishers to reduce digital prices faster, or if this is all done on purpose. If they alienate retail by dropping digital prices faster than brick and mortar stores can move their physical stock, there is going to be a whole lot of drama. I suppose publishers would rather keep the retail giants happy and gamers confused than deal with the fallout of undercutting the retail market.