Home Gaming Ubisoft revenue up 374% thanks to Watch Dogs 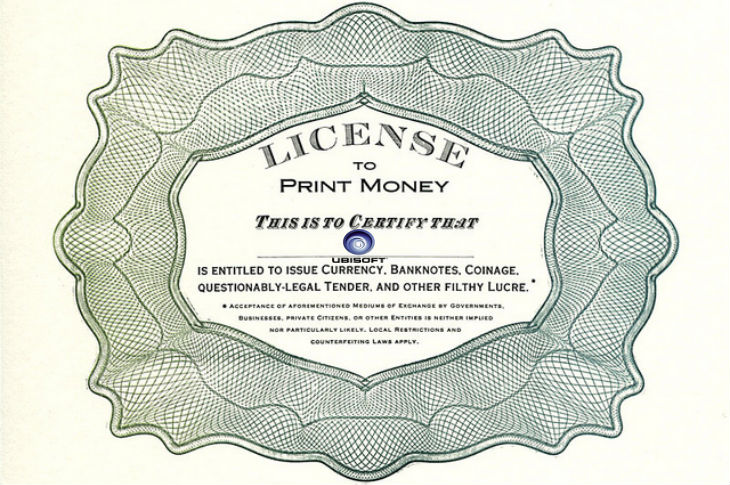 Watch Dogs was one of the most anticipated games of last year, which was then delayed into this year. Many questioned if Ubisoft could keep the hype train going, but they needn’t have worried – Watch Dogs not only shipped 8 million copies, it pushed up Ubisoft’s revenue. One console even proved to be the best partner.

During an investor call, Ubisoft explained how revenue for the first quarter of the fiscal year was up €360 million ($489.4 million), an increase of 374% year-over-year. They credited downloadable sales of Watch Dogs as the main driver for digital revenue as well – of course it was way more successful than the smaller digital releases like Child of Light or Valiant Hearts. Digital revenue was up 149%.

When divided by platform, the PS4 accounted for 36% of all sales, more than twice that of Xbox One or PS3 who both brought in 17%. PC only brought in 14%, although considering the broken state of Watch Dogs on that platform, it’s understandable that it didn’t bring in as many sales. Also, PS4 has a special Watch Dogs promotion, offering players extra missions; this might have skewed the results slightly as gamers altered their normal preferences in favor of getting more content.

Despite the excellent Q1 results, Ubisoft hasn’t adjusted their full-year sales targets. Unlike last year which saw second quarter releases of Rayman Legends and Just Dance 2014, this quarter is fairly empty for Ubisoft. They have pushed Just Dance 2015 into Q3, meaning the only big releases that we’ll see now from them are Tetris Ultimate and Airmech Arena. Don’t worry about them, though, Assassin’s Creed Unity is set for release in the usual October window and Ubisoft CEO Yves Guillemot has confirmed that an Assassin’s Creed game for last-generation consoles could be revealed “soon”.

At this point, Ubisoft has some excellent IP and practically a license to print money. Their indie-esque games were fantastic, and their AAA titles are not just massive profit-makers, they also seem to be among gamers’ favorites with Assassin’s Creed and Far Cry getting people seriously excited. Just imagine what will happen next year when we get The Division and the new Rainbow 6. Ubisoft has set themselves up for some massive success; I’m just glad that they’re still showing commitment to smaller titles as well. Now, if only they would just completely scrap Uplay…