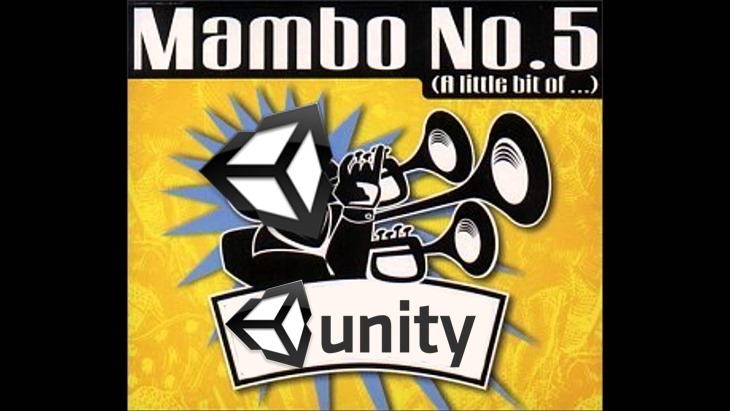 The next iteration of the Unity engine, Unity 5, is available for pre-ordering sometime today at the Unity store.

The new version features include a completely new audio toolset, improved lighting, and a physics-based shader system. It will also be a native 64-bit system.

Unfortunately, at the moment, we don’t know much else about it. We don’t even know when it will actually drop today, if it is today at all. Polygon’s article on the new engine now comes up with a 404 error, the reason isn’t clear yet. A cached snippet of the article from the unity gossip forums reads as follows:

“Unity 5 — billed as “a massive update” to the multiplatform game engine and toolkit — was unveiled today at Game Developers Conference 2014.
Unity Technologies, makers of the suite, said Unity 5 will overhaul the game’s audio toolset and deliver upgraded lighting and and a physically based shader system. It now is a 64-bit engine with this release, Unity Technologies added.

Of note, Unity 5 will also include the launch of a cross-promotion network for mobile games called Unity Cloud, “enabling mobile game developers to run full-screen interstitial ads in their mobile games, as well as exchange ad units with other Unity developers.”

The last full version, Unity 4 launched two years ago. Unity supports development on all mobile OSes, plus Windows, MacOS and Linux, the PS3, PS Vita, Xbox 360 and Wii U. Games developed with Unity range from acclaimed indie titles like Gone Home, to mobile hits like Temple Run, to the upcoming Wasteland 2 on PC.”

Overall, it seems to be a pretty major change to the engine. Hopefully more details will come about specific features and pre-ordering.