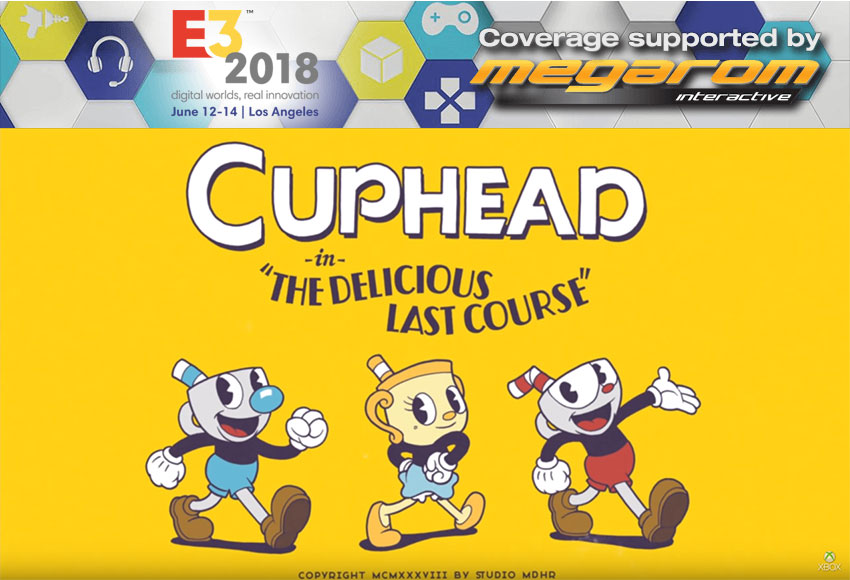 Cuphead, the Dark Souls of modern platforming games (an analogy I’m using just to annoy Geoff), is an amazing game. An amazingly difficult amazing game, to be exact. If you’re one of the lucky gamers that actually managed to finish the game and feel like you could do with some more retro cartoon punishment, well then you’re in luck! Revealed during the Microsoft’s Xbox presentation at E3 earlier, Cuphead: The Delicious Last Course (Get it? It’s Cuphead: DLC!) is the game’s upcoming expansion that introduces a brand new playable character alongside Cuphead and Mugman in Ms. Chalice.

Along with the new character, the game gets a brand new island on which to try out brand new weapons, charms and Ms. Chalice’s abilities, as you go on a quest to assist Chef Saltbaker. The DLC will continue the game’s tradition of “multi-faceted, screen-filling bosses” so you probably shouldn’t expect this one to be easier at all. Cuphead: The Delicious Last Course will be coming to Xbox One and Windows PC next year.