Home Gaming Valiant Hearts out now (and cheaper) on iOS 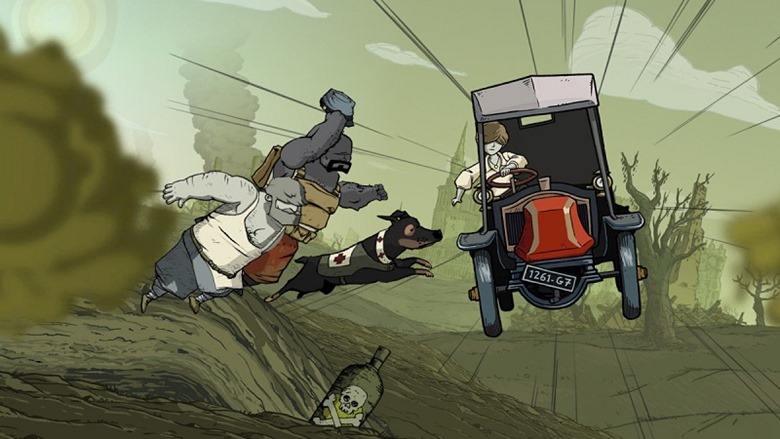 Valiant Hearts is one of this year’s games that I still desperately want to play. Ubisoft has really done well with their indie-like 2D side-scrollers, and I’m an absolute sucker for a game that looks as good as Valiant Hearts does. Earlier this year Ubisoft revealed that the World War I platformer would be making its way to iOS in the future. That day is today, and you can pick up Valiant Hearts right now on your Apple device of choice.

Unlike the PC and console versions of the game, Valiant Hearts is split up into to packages on iOS. The first will set you back $4.99, offering the first two chapters of the game only. If you haven’t drowned in your own tears by then, you can purchase the remaining three chapters for $8.99. So, in total, the iOS version of The Great War is actually the cheapest around. Until Steam rolls in with a new seasonal sale of course.

If you’re still not up to speed on what Valiant Hearts is about, here’s the spoiler free condensed version. Valiant Hearts tells the tale of five different characters during the First World War, with the consequences of their actions affecting the war around them. It’s a heartbreaking tale, one which melted Zoe’s heart earlier this year, although some would argue that the gameplay isn’t entirely up to scratch.

It still looks like a must play to me, and now there’s a whole new platform to explore it on. Just make sure you don’t accidentally burst into tears in front of everyone if you intended to play this on the go.