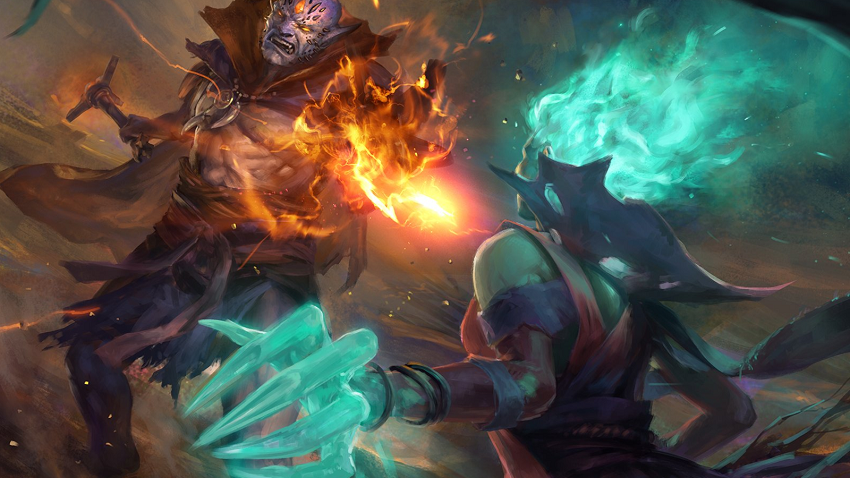 Valve is busy testing out its own collectible card game with a small set of players before it launches later this year for everyone. Part of that process is introducing new cards into the mix and seeing how they play with the current meta, neither of which caused a change to a recently added card in the closed beta. “Crack the Whip” came under fire shortly after it was revealed not for its effect on the game, but due to its name and ability. Something which Valve quickly addressed in the days after.

“Crack the Whip” bears the image of a blue creature cracking a whip in the air, meant to signify harder working conditions. In the scope of the game, the card did exactly that, with the text reading “Modify a black hero with ‘After you play a black card, give this hero and its allied neighbours +2 Attack this round’.” In Artifact card themes are separated into colours, but it was the unfortunate pairing of the colour group “black” with a card name whose connotations stem from slavery that really raised some eyebrows.

It seemed like something Valve really should’ve caught before getting out the door, and it didn’t take long for folks on Twitter to point it out:

@HavocVulture @MrMooEar the card mechanically is fine but yes, the pairing of “black” with “whip” can be easily misinterpreted/misrepresented and judging the Twitch chat/gamer culture, will definitely be used inappropriately

Suggestion: You should REALLY change the name of this card. Having a card called “Crack the Whip” that says it modifies black heroes is not a good look, especially out of context. May I suggest something like “Intense Training”?

To Valve’s credit, the card was changed just two days afterwards. “Crack the Whip” has the same in-game effect, but is now called “Coordinated Assault”. That seems a lot better, so good on Valve for responding so swiftly.