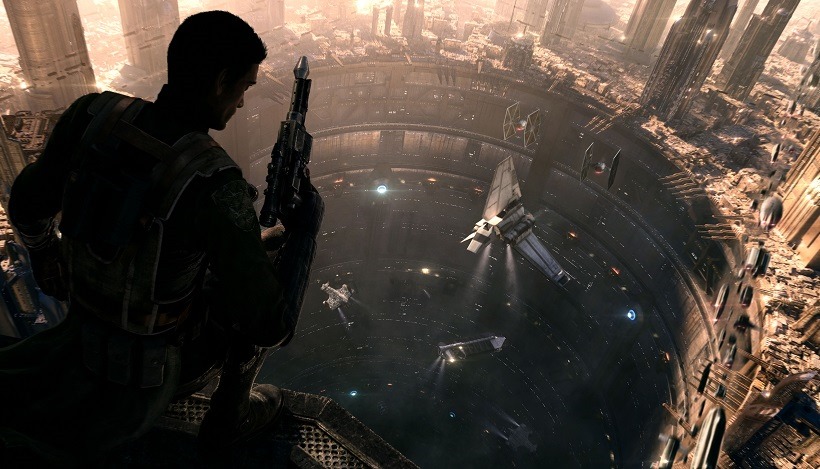 There’s more than one game on the way that has a connection to the Force. While EA is busy prepping Star Wars Battlefront for release later this year (Hopefully), they’ve also tapped Dead Space developer Visceral to bring Star Wars back with a bang in a game that will be a spiritual successor to the never-released Star Wars 1313.

If you’re a big fan of Amy Hennig and her style of story, she’s gone to EA and is going to reboot a brand new Star Wars franchise in the style of Uncharted. I happen to know a lot about it and it’s going to be awesome.

Quizzed on whether or not this was the Star Wars 1313 game that had been canned a while back, Nolan said “it’s different, but along the same lines.”

Star Wars 1313 got one hell of a showing back at E3 2013. It looked impossibly gorgeous, as it starred some non-Jedi who were descending into the criminal underworld of the capital planet Coruscant.

Naturally, I left that press conference with a massive rush of the Force in my pants, which eventually deflated when LucasArts was gobbled up by Disney and the project was cancelled.

Since EA was given the Star Wars license however, they’ve been more silent than Aunt Beru and Uncle Owen about what kind of game Visceral is working on. And I get that.

With Star Wars Episode VII: The Schwartz Unleashed on the way, their Battlefront game is in a good position to take advantage of some serious Hollywood buzz. And throwing another game announcement into the mix could confuse consumers.