The Real-Time Strategy world has taken a significant blow over the past decade. It went from being one of the largest esports scenes with Warcraft, Starcraft and eventually Starcraft II to being overshadowed by team games such as Counter-Strike: Global Offensive, Dota 2 and League of Legends. The latter two were born out of the original Warcraft III engine but soon the 1v1 genre of RTS slowly died… until last night. Remastering games is something Blizzard have been paying close attention to over the past few years, bar Diablo of course, giving a Starcraft remaster in the HD engine and now a fully fledge “Reforge” or Warcraft including everything you could possibly want from the game, and so much more.

It’s far more than just an HD-remake. The game will include cross-game compatibility, an updated story featuring some of our favourite heroes like Arthas, Uther and more. The word used by Pete Stilwell, who brought his nostalgia and passion to life on stage, were “a complete reimagining” of this classic by Blizzard. This came as a surprise as the big question was what can Blizzard do with a 16-year-old game to make it relevant and reignite a genre which has been all but dormant as of date. They’re looking to re-balance the game for competitive player, remaster the graphics and they’re adding a ton of customization, which includes in-game cosmetics for your characters. The game went up for pre-purchase upon the announcement, but getting into the website was hard after it got the “internet hug-of-death.” 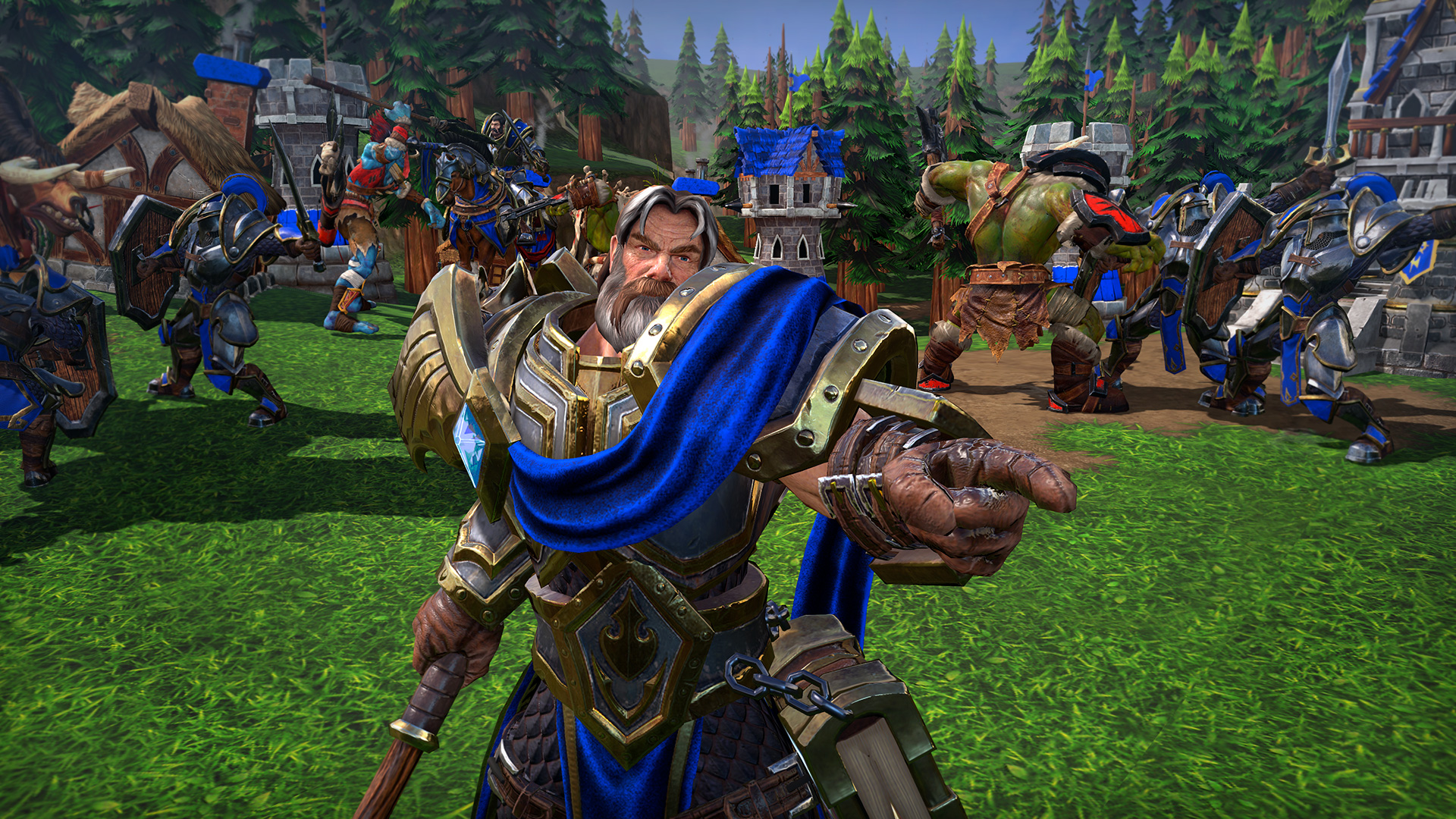 One phrase stuck with me throughout the announcement – cross-platform compatibility. What this means is players who own the original Warcraft 3 will be able to play against those who own Warcraft III: Reforged. This is an incredible feat by Blizzard as players who have achievements and ladder progression will be able to continue their games and decide when the right time is to come across to the new version. How Blizzard will balance this leaves room for discussion, and this includes custom maps and community generated content made in the original Warcraft III and Reforged. Can anyone say Defense of the Ancients Remastered? One can certainly dream. Needless to say we will once again relive our childhood evenings of Enfos, Tower Defense and more. Stilwell confirmed that the two versions of the game will be on the same platform to aid this compatibility.

Next, the lore. How will Blizzard and their talented writers tie up almost 16 year’s worth of a Warcraft story which has, in some ways, strayed from the original story. Christie Golden, a writer who has worked with Blizzard on multiple Warcraft projects for the past two decades offered some insight on the story and how Blizzard will tie it all together. Speaking to Polygon, Golden mentioned the changes will bring a “renewed focus to a few central characters that we thought deserved a little bit more time in the limelight.”

“There’s been 16 years of evolution of this franchise outside of this game,” Stillwell explained. “Some of that, especially central characters like Jayna and Sylvanas, these people who mean so much more to the world now who didn’t get as much focus in the original Warcraft 3 because we just didn’t know where they were going to be.”

Changes will go a lot further than just graphics. Locations and world layouts will be updated. Missions which you may remember from the single player will change. One of the most memorable moments in Warcraft III was the The Culling of Stratholme which played a crucial role in the transformation of Arthas to the Lich King. Stratholme has gone through several changes throughout the World of Warcraft and this is something Blizzard will bring to life in “The Culling” in reforged as they show a different Stratholme, but one we know. Attention to detail will be a key focus for Blizzard as they reforge Warcraft III as some features, areas and objects were just placed in the game because “it looked cool” at the time. This won’t be the case for reforged.

The compatibility, the HD graphics, new maps, adapted story and hopes of a competitive future is exactly what the RTS world needs and Blizzard are on the right track. The game is up for pre-purchase, but take some time to get to know it because it will only be releasing in over a year.