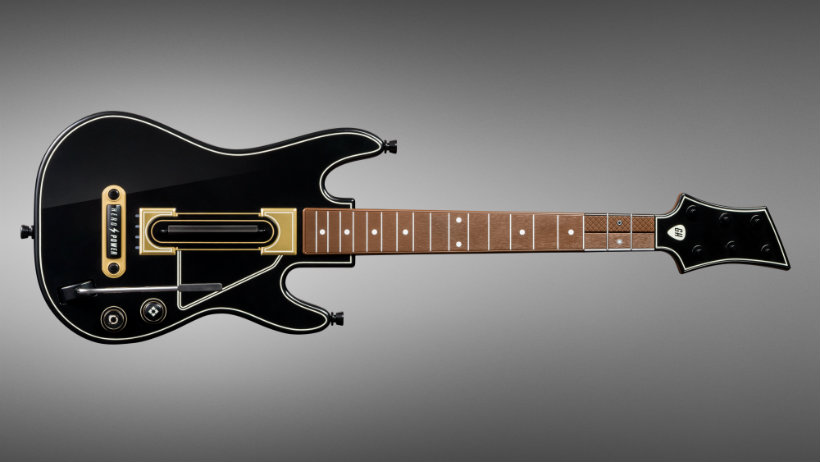 Guitar Hero is coming back, and it’s a whole lot better than it used to be. The guitar has been redesigned and actually almost feels like you’re playing a real instrument without the pressure of strings or musical ability. After getting my beautiful nail art-covered rock star hands on it thanks to a special invite to the Megarom offices, I’m convinced that this will be my party game of choice.

Here is the video of me explaining some of the new features of the controller, as well as some actual captured gameplay footage (minus the licensed music):

What I liked the most about the new controller was the all-new button placements. It feels so much more natural and easy to pick up and play. Previous Guitar Hero games had quite a learning curve – even after hours of playing at a friend’s house, I couldn’t bump the difficulty up to normal without getting booed off the stage. With the new Guitar Hero, I could pick up and play at a much harder difficulty simply because the controller made a whole lot more sense.

Your bandmates are there to encourage you while playing on the stage, or shoot you dirty looks when you miss that note, again. You can see me in the video trying to emulate their thumbs up silliness which feels a bit odd and repetitive when you’re playing on the same stage with the same band every time. Still, it certainly feels more realistic and immersive.

The demo only had a few songs to choose from, but each one was fun in its own way. Plus, with the new features that are basically turning Guitar Hero into a customized MTV (with actual music instead of reality TV shows), the variety sounds like it will be endless. In reality, though, I will probably drive everyone around me crazy by playing the same five songs over and over again.