Home Gaming What procedural art means in No Man’s Sky 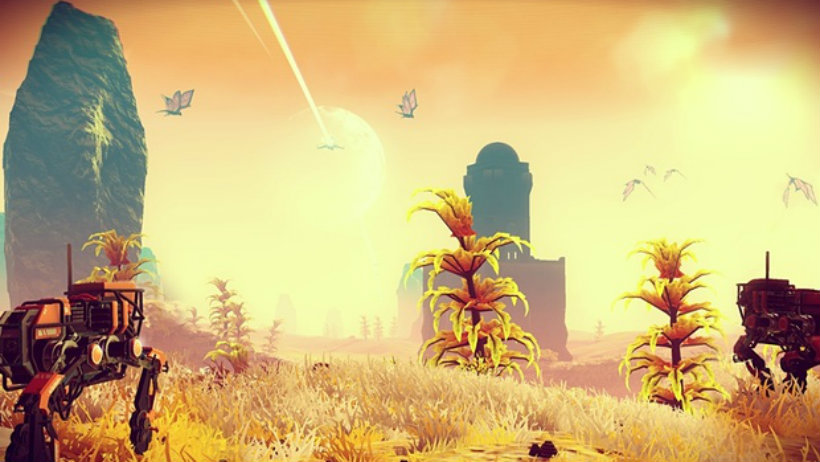 No Man’s Sky lets players explore an infinite universe filled with unique flora and fauna. Each world looks so different, but it’s all based on the strangeness of our known universe. Giving a talk at GDC, Hello Games’ Art Director, Grant Duncan, explained how they made the black magic of procedural generation work to create art.

Here is the video of his GDC talk which isn’t particularly riveting video viewing unless you like power point presentations.

What I find so intriguing is how he explains how they make procedural generation work. It’s not random, it’s a set of rules and math that makes the art work. Inspired by Sci-Fi covers from the 70s, Duncan didn’t want to create a universe of dreary gray and black, filled with space marines or whatever awful future has become the norm in science fiction. Instead, he wanted to create each planet with a unique color palette with interesting land masses, flora and fauna, all inspired by real world environments and creatures.

In order to make it work and not just look like a muddled mess of random elements, he worked with the programmers to create the necessary rules. Artists could then input skeletal creations and the rules would morph the animals to elongate certain bones and change the color of the skin or fur depending on the biome. It ended up including a lot of reverse engineering, but it really sounds like an intriguing process that will ensure that each planet is unique and interesting. At least, here’s hoping.

I’m so excited to actually play the game. Now if only someone at one of these talks could slip up and give us a leaked release date.