Home Gaming What the hell is ArcheAge?

ArcheAge is one of the newer Massively Multiplayer Online Role Playing Games, developed by XL Games, that was released in Korea last year. It is now being brought to Western Audiences in North America and Europe by Trion Games.

Right now, the game is nearing closed beta access. It’s is an odd hybrid of sandbox and more structured games. 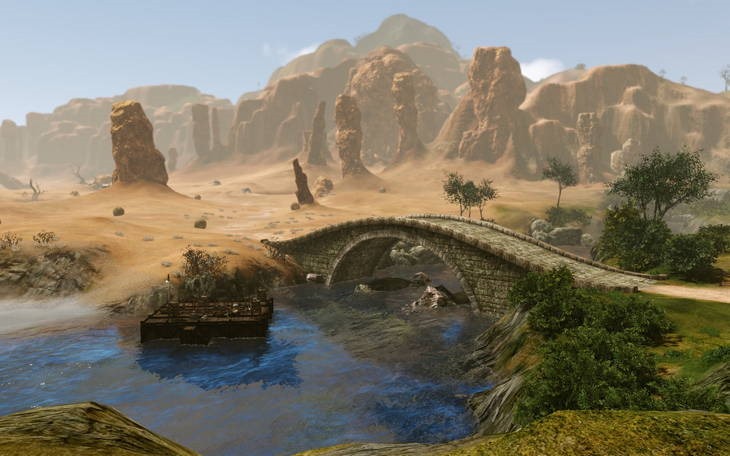 To gain guaranteed access to the game is rather expensive as you can only buy in with an Archeum Founders Pack which costs  a frightful $150. Otherwise you can sign up to receive closed beta invites. There are two other options for those who want to support the game which are the Gold Founders pack and the Silver Founders pack for $100 and $50 respectively. Each unlocks certain unique titles, items and in-game components increasing with each tier.

It would appear that the actual value of the game if you removed the price of the extra goods that you receive would be about $30. The game will be free-to-play but if you want you can pay a monthly subscription fee to become a patron and as such receive certain benefits such as being able to own a home.

ArcheAge has four playable races; Nuians, Elves, Harani and Firrans. Nuians are closely linked to the goddess of the Hereafter, Nui, and receive longer benefits after they revive as well as reduced construction times. Elves oddly enough are the best swimmers in the game and receive increased time underwater as well as increased swimming speed. Harani are the “cute” race in the game and have improved recall ability and are able to harvest resources faster. Finally the anthropomorphic Firrans are the furry faction in the game and take reduced fall damage as well as a bonus to their climbing speed. 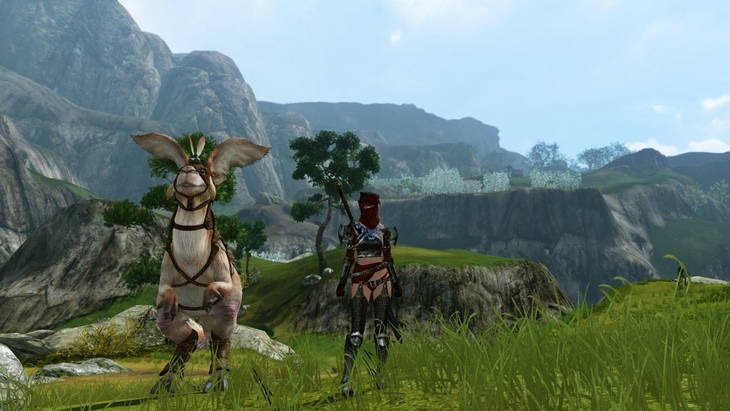 There are three continents in the game; Nuia, where the Nuians and the Elves are allied; Haranya where the Firrans and Harani are allied and the Land of Origins, which is the third continent, a mostly PvP area for players to do different things on. There is also a third main faction known as pirates which are players that commit many crimes and are enemies of both other factions. Finally players may eventually create their own factions –  though it is quite a long process where they can set their relationship to the three major ones and eventually other player made factions.

ArcheAge does not have a single set of classes but rather 10 different skillsets of which a player may choose 3 to create their class. There are 6 primary skillsets as well as 4 support skillsets. Skillsets range from Shadowplay – for those who enjoy rogue type skills – to battlerage, for the warriors, and songcraft, for those who prefer supporting. The remaining skillsets account for other major character archetypes. This creates an imposing 120 different possible combinations with a large variety of play styles. 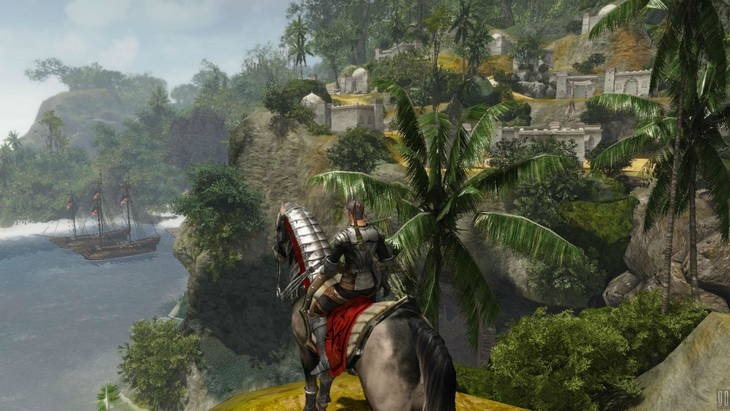 Even if the same skillsets are chosen there will be variations as you can level up each skillset differently or focus on one. Not all of these combinations are very effective but the game allows you to respec your character or even a single skill tree with minor penalties. It is possible to fully level up every skillset on a single character and if you change your mind you can go back to the previously chosen one without penalties.

The game is fairly intuitive and easy to pick up. Early-level quests create a good foundation for you to build up an understanding of how the combat system works, as well as a very basic idea of how to craft items, gain mounts and pets as well as harvest resources. The game later integrates more advanced ideas in such as growing crops, owning land and building homes. As you progress further, solo play can become slightly harder and certain quests can be extremely challenging if other players around don’t help you. On several occasions whilst I was playing, players would come along and just assist me with heals, or tag-teaming the more challenging creatures. 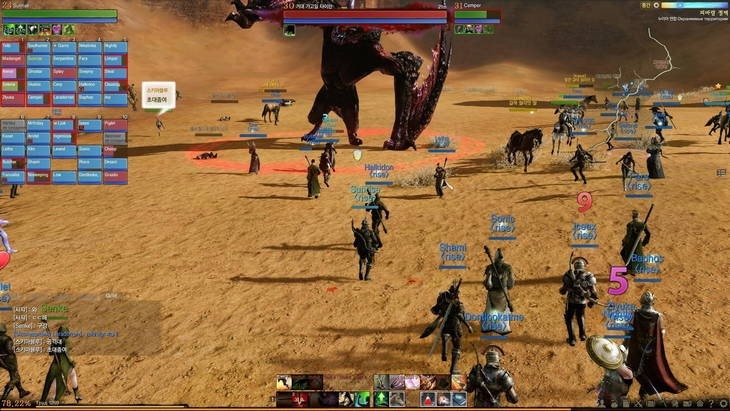 It features dungeons for different levels that can require reasonably large groups to do and appear rather challenging. In addition there are also world bosses that are particularly strong, and the three times I saw the one on the continent I was on, it easily dealt with the ten or more players that attempted to take it down. That’s not to say that it might be hard for a coordinated team of high level players, but the bosses are certainly no pushovers. It is even possible for players to tame these bosses, but it seems rather challenging to do and I have only seen it attempted.

The game has three major styles of combat;  archery, close combat and magic. Due to the large variations in skillsets though, it is possible to mix-and-match and have close combat characters firing off lightning, archers that can break all crowd control attempts and many other possibilities. It is also entirely possible to play as a dedicated support that only heals and buffs allied players but obviously this would make solo play nearly impossible. 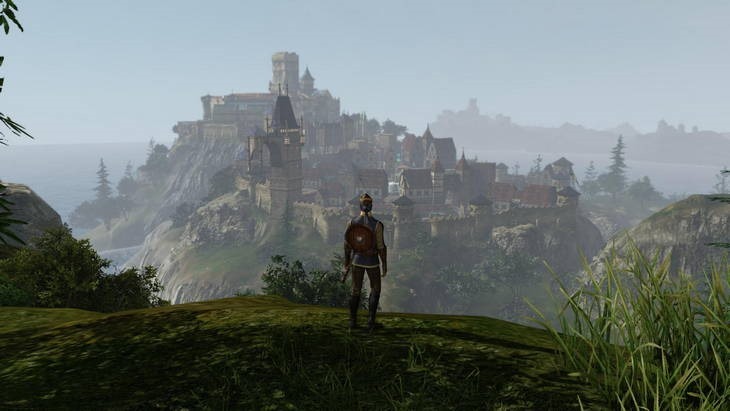 The game has many ways for combat to occur, including player duels, standard PvP, and law enforcement – involving the players that are pirates (more on that in a bit). In the last continent, player guilds may lay claim to land and create castles and cities there. It is then possible for other guilds to attempt to take over these strongpoints for themselves and this can create epic sieges of up to 100 vs 100.

Players can become law enforcers, and jail other players who are guilty of crimes, such as stealing or killing other players. If this occurs and a player is caught they go before a jury of other players who can either find them guilty or innocent. They are allowed to argue their case and convince the jurors. If they are found guilty they are sentenced to jail. I saw a player receive a sentence of over 3000 minutes for their crimes. I cannot even begin to imagine the amount of crimes that they committed to receive that. Players can either take their sentence or attempt to escape from prison. If you commit enough crimes you will eventually become a pirate.

The game has a player based economy. Players can grow their own resources to craft goods. The best goods in the game are player-crafted but can be highly random. It is even possible to not play PvE or PvP in the game and focus only on being a merchant and crafting and selling items after the first few levels. Depending on your point of view, that items do not break down is an issue in this regard.

There are a number of methods of transport. Standard ridden mounts are included and range from horses, to cows, to lions to a couple other choices. They can have also have gear equipped. For aerial transport the game uses the interesting concept of gliders which come in a large variety of designs. Both mounts can be used in combat and level up as they are used allowing a wider variety of skills to be used. Finally there are ships that players may create to cross the games oceans and transport goods or become involved in piracy. In addition to these player-crafted transports, I have seen giant airships as well as steam-powered land carriages to help players move around the maps. 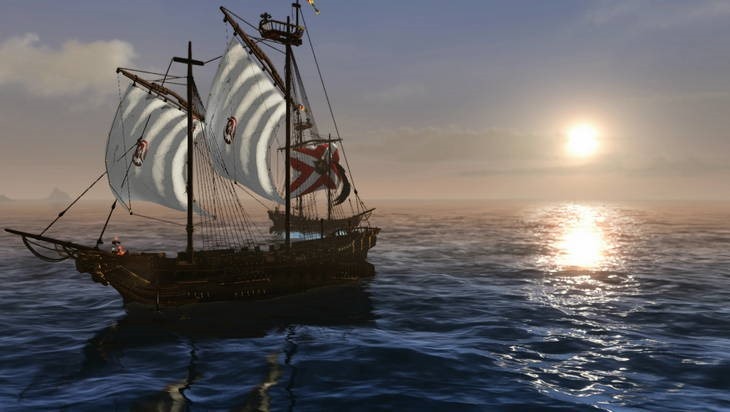 Overall ArcheAge appears to be a solid game that has a depth beyond just grinding for level 50 and doing dungeon runs, with many claiming the game only becomes really interesting once you reach the cap. Not everything has been translated quite yet in the alpha but will be done before final release.  For a free to play game I’d certainly recommend that you try it and you might find something incredibly unique.