Home Gaming What’s coming in the next big Witcher 3 patch? 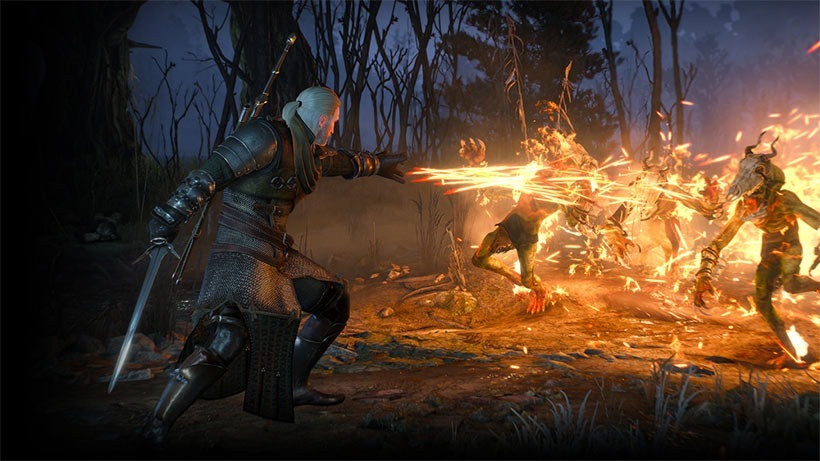 I’m finally properly stuck in to The Witcher 3 after many week of having to play other stuff,  and it’s a rather glorious thing, keeping me busy during my free, waking hours. I’ve finally hit level 30 after being stuck at level 2 for weeks and my quest progress – and progress in all the periphery – is coming along rather nicely. Anyone who’s still playing the game this many weeks after launch is probably enjoying it immensely, though one must admit that the game still has a number of weird and wonky issues. Issues that are hopefully fixed by the game’s next great big patch.

Numbered 1.07 (for the PC…it’ll be 1.06 on consoles) this latest post-release patch is a large one that brings with it a few  rather welcome changes related to inventory management – like a separate tab for books, and the ability to pin alchemy ingredients to make finding the ones you need easier. Crafting components will no longer add to weight, so you’ll be able to stash more loot for selling. There are no details on exactly what it entails, but there’s also a new “movement response mode” for the grey-haired slayer of man of beast. Importantly, there are number of fixes to some of the game’s still broken quests, so it should hopefully get many players unstuck.

It’ll be out this week, and because it’s a drain on the team, there’ll be no free DLC this week. Some of that fee DLC is pretty good. While stuff like alternate costumes and beards is superfluous, quests like “Where the Cat and Wolf Play” are very much worth playing.