Home Gaming What’s the difference between 30fps and 60fps? 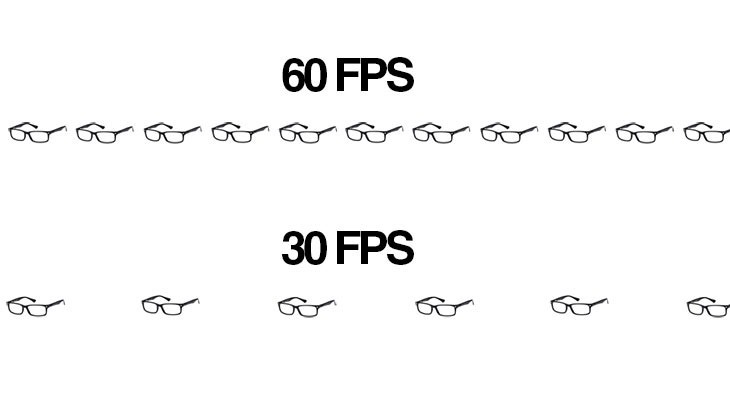 Accompanying the current, silly resolution-gate is the lesser known,and decidedly sillier sounding framerate-gate. Some games are coming along at 30 fps on some platforms, and 60 fps on others. Some claim to not be able to tell the difference between the two, others still say the difference is undeniable. Just what is the difference?

This is not some sort of technical bit on the differences, but rather something directed at the layperson, who’s confused by the difference.

First, you have to look at what exactly “frame rate” is. Essentially, it’s the frequency at which frames in a video or game are displayed on your screen. When it comes to most modern TVs and monitors, they usually have a refresh rate of 60hz, meaning that they draw each displayed frame 60 times per second.

Most films are broadcast at a refresh rate of 24Hz, which your TV neatly doubles up and rounds off to 30 – so it displays the same frame twice every 30th of a second, before moving on to the next frame which it also displays twice and so on. For the most part, this result in a smooth image for things like film and TV. the same happens when games are rendered at 30fps; you get each frame displayed twice with motion blur applied to smooth it all out.

When a game is rendered at 60fps, it means you’re getting 60 rendered frames per second, perfectly matching the display’s own refresh rate. What this results in is a far smoother, more flicker-free experience. It does more than impact just the visuals though; it also impacts on your game input. A faster frame rate means your controller inputs are translated to on-screen actions quicker.

There’s inherent lag between your brain and the controller; the controller and the console, the console’s calculations and its output, and the output and the screen. Improve the rate at which any of those happen, and your inputs will feel smoother. When a game is rendered at 60fps vs 30fps, it’s polling your inputs twice as much, so you have smoother control. In 3rd person action games it’s far less important than it is in shooters and racing games, where split-second decisions and inputs are key.

It goes beyond just what you see to how a game feels. I can’t help you with the latter; you’ll have to play a game that’s running at 60fps, and then play the same game running at 30fps to feel the difference. A 60fps game, depending on the type of game, of course, is just smoother, feels more natural and responsive. Here are two sites that should help you at least see the difference.

Here’s a new one, 30 vs 60, from Reddit, showing the differences side by side in a few games. note that videos on the internet probably aren’t the best way to get this across, but they’re certainly better than nothing.

Here’s another, showing the same animation rendered in 15, 30 and 60fps.

Looks like the dark knight is about get a little bit better, as Microsoft has accidentally…