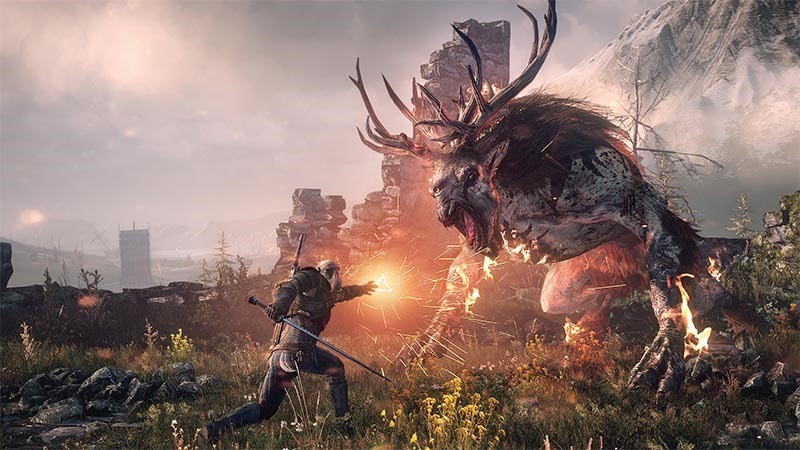 Spoiler: Neither of them. While the Witcher is an undeniable critical darling that seems to be worthy of its praise, both of the new consoles struggle to run the game the way it should run. We’ve had a look at all three versions, and it looks pretty similar on consoles – with both the Xbox One and the PlayStation 4 delivering some pretty shiny graphics, not too dissimilar from what you’d see on a reasonably high-end PC. The big difference comes in with resolution and frame rate.

According to Eurogamer’s Digital Foundry, both consoles falter on those fronts. Interestingly the Witcher 3 on Xbox One, with its slightly, but dynamic lower resolution runs with an unlocked frame rate, and sometimes goes higher than the PlayStation 4, which is capped to 30fps, but often drops below that number. They’re both a bit on the shoddy side, with the busy Novigrad cities taxing both systems. Both systems have frame rate and frame pacing issues.

“Overall, the fact Xbox One tends to holds a higher frame-rate is misleading in terms of the quality of the end experience; a capped 30fps is by far the preferred option in this case and we still hope to see it implemented in a future update. The PS4 release has the right tactic, but it lets itself down by being unable to stream in world geometry or render effects at a perfect 30fps to take advantage of this.

The perceived effect is a judder to motion on both consoles, for cut-scenes and gameplay, though PS4 is capable of smoother passages of play at times. When it comes to performance, and factoring in the game’s superior 1920×1080 output, Sony’s hardware is a preference – but it’s not the clear choice we had expected.”

The clear choice? Yes, yes, it’s PC – but Digital Foundry hasn’t done their extensive testing on that platform yet, so we can’t say just how much better it is.