Home Gaming Why Deus Ex: Mankind Divided has no multiplayer 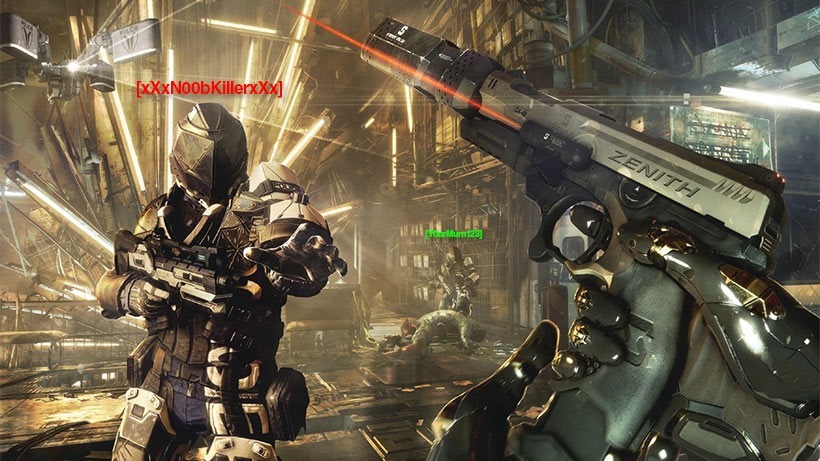 Deus Ex: Mankind Divided is coming next year, and unlike many games that features guns and shooting, it won’t be released with a superfluous multiplayer mode attached to it. It’s something I’m rather glad about, as tacked-on multiplayer modes tend to harm single-player RPG experiences instead of add to it.

That’s pretty much how the chaps at Eidos Montreal feel too. Deus Ex: Mankind Divided gameplay director Patrick Fortier has said that the studio isn’t willing to dabble with just yet – unless, of course, it was central to the Deus Ex experience.

“If we were to go in that direction it would have to be the topic of the game itself,” he said in an interview with OXM (via GamesRadar)

“I don’t think it’s something that can be tacked on and supported sufficiently well through a third party developer, out of the office. It has to be fundamental right from day one that you’re trying to do that. You have to have the right idea and the right vehicle.”

Mankind Divided tackles a heavy themes of segregation – and I’m all for keeping multiplayer out of my single player RPGs. While I do think a multiplayer experience in the Deus Ex universe could indeed work, it would – loathe as I am to admit it – probably work best as a free-to-play game external to any single player games with the same setting.

That said, Eidos thinks it would be possible, taking a few cues from Mass effect 3’s rather good multiplayer mode.

“Mass effect 3’s multiplayer is a very good experience,” Fortier notes. “It’s proof that it can be done. I’m not saying that we can’t do it, but you know [BioWare is] in the fourth iteration [of its game] now, almost, whereas we’re only on the second of ours.

There’s a lot of learning we need to go through! In the future, I think if we were to go in that direction it would have to be the topic of the game itself. The way we’re applying the formula, in the sense of the narrative component [impacting] all across the different disciplines, I think it would have to be that it makes sense story-wise.”