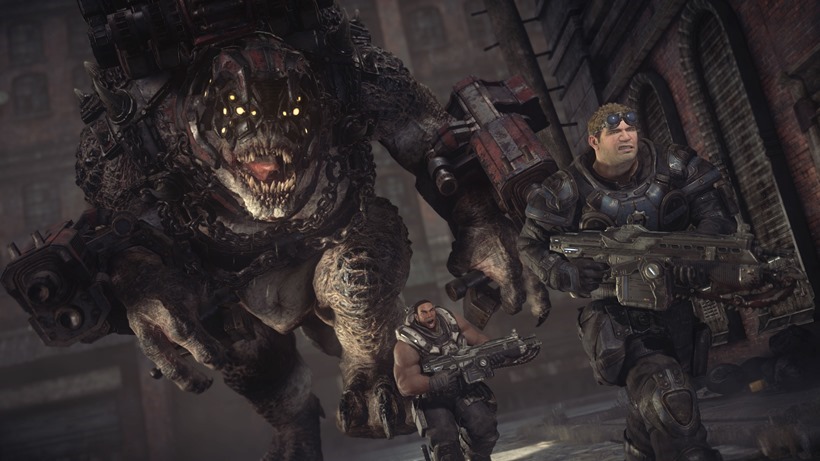 Gears of War is, by a mile, my favourite Microsoft franchise. Which meant that Zoe had to physically constrain me to my chair during the reveal of not only Gears of War 4, but the Gears of War: Ultimate Edition during E3.

The remaster of the game that kicked it all off is out next month, and a handful of fans are a bit disappointed that the two sequels the game spawned aren’t getting the same treatment.

Developers The Coalition are too, but they have their reasons.

343 Industries spent a lot of time and effort remastering all four Halo titles for The Master Chief Collection last year (which still has some serious niggling issues), and it’s the type of effort The Coalition doesn’t have to spare.

Speaking at a panel at SDCC yesterday, a member from the newly named Gears of War studio said it wasn’t a matter of the team not wanting to do all three, but rather that it was just an insurmountable task for them.

It’s really hard work [to remaster an entire series]. It takes a long time. It took us in the end 16-18 months to do the first one, and to try and do three games… How many people would we need to have? It just wasn’t logistically or physically or technically possible.

In fact, the only reason a remaster was considered at all was to familiarise the new Gears of War team with the franchise, before they took on an even greater, riskier endeavour: Gears of War 4.

If there ever was a good reason for a remaster, this is most certainly one of a better ones.

We had a brand new studio which had never made a Gears game before, and having to go in and remaster–because we went right down to the studs of this thing–meant that everyone had to learn what it takes to make a Gears of War game.

It was sort of this on-ramp to the franchise to get ready for Gears of War 4.

Even though The Coalition features some Gears of War stalwarts, it is primarily a completely new team on one of the biggest franchises known to modern gaming.

So getting their footing with a remaster certainly sounds like time well spent – especially if it means Gears of War 4 will take more horror cues from the first game than the action-packed cinematic stylings of the final two.

That’s what made the iconic debut of Gears of War so memorable all those years ago, and another reason why I can’t wait to see more of it in action next month, at Gamescom.