Home Gaming Why so many Ubisoft games are open world 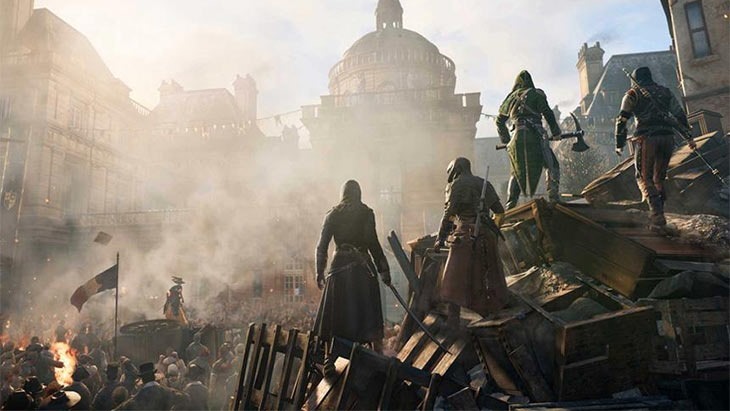 These days, if a game isn’t a free-to-play shooter, an MMO or a MOBA, there’s a likelihood it’ll be a 3rd-person open world action game. That certainly seems to be the case with many of Ubisoft’s games this generation. following Watch Dogs, four of the company’s upcoming games are open world, Assassin’s Creed Unity, Far Cry 4, The Crew, and The Division. Ubisoft Boss Yves Guillemot explains why.

“When we create games, it’s very important to recreate systems that we can interact with like it happens in our real life,” Guillemot said in an interview with Ubisoft’s own blog.

It’s this pen-world approach that they say allows them to make games that players can enjoy their way; alone, or together with friends without sacrificing the experience for anyone.

“When you want to play solo, you play solo. If you want to play with your friends, then you let them come join you,” Guillemot said. “The seamless solo/multiplayer is something that we’ve developed and that will continue to grow in the next few years.”

It’s also a great way to show off the power of the new generation consoles, with bigger crowds, better looking people and more realistic physics.

“In our industry, each time a new console arrives, it gives us a chance to actually create new brands, or to push forward some of our legacy brands,” Guillemot said. “That’s why at Ubisoft, we have always been there early with the arrival of new consoles. Because after that, you have five or ten years with those brands – even 15 years for some of them.”

And one day, Ubisoft might even use these open worlds and next generation power to make games with women in them, right?