The Xbox One gets monthly updates, bringing a slew of features and improvements every month. The latest version of the PlayStation 4 software should be rolling out to consumers later today, and it brings with it quite a number of changes. With the PlayStation 4, Sony’s been slow to issue updates, whereas with their last console, updates were a regular, seemingly incessant thing.  This is a conscious decision by Sony.

In response to all the complaints about the incessant updates on the PS3, Sony’s decided to roll out their updates a little less frequently this time.

“…when [2.0] comes out [tomorrow] people will probably see how much stuff is in there and a lot of innovation and a lot of changes,” Sony’s Murray Hume told the chaps from Videogamer.

“The strange thing for us is we got a lot of criticism in PS3 time about doing a lot of releases very quickly and so we listened to that and we learned,” he continued. “Because we did [make] mistakes in PS3 time and we’ve learned and we’ve listened. So we’ve taken a different approach and now we’re getting possibly different feedback.”

I like the idea, but when the system is still new , and in many ways, half-baked, I think I’d prefer regular updates just until Sony brings the system up to speed. With update 2.0 out of the door, is that something that could happen, especially given Microsoft’s commitment to regular, monthly updates?

“It all depends in part on how people react to this release,” Hume says. “When they see it, whether they think that’s a better approach, we’ll look at the feedback we get. We were told one thing, now we’re told another thing. Both are valid. We just have to work out what feedback we get for this release and how we go forward.”

With the likes of Universal, Warner Bros., Disney, and Paramount delaying nearly all their… 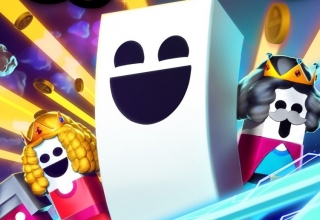 I guess the joke is that modern game design turns everything into an RPG, but this is a little ridiculous, right?