Home Gaming Wild rumour of the day – A Superman game may be up, up and on the way 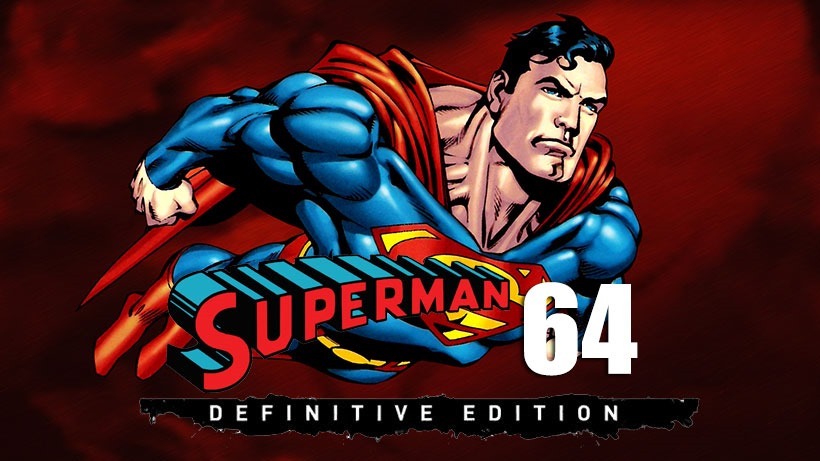 It’s one of those slow news days, where the barrel that we usually scrape for tidbits of info has been thoroughly emptied, forcing us to go through another barrel at the bottom of the first barrel. I have no idea where this analogy is going, but here’s some maybe-news to keep the day rolling:

It looks like Superman may be getting his very own video game soon. And from none other than Batman: Arkham Origins developer, Warner Bros Montreal.

I am of course, basing all of this off a screenshot that was posted on Twitter by VGFGamers, which shows the Man of Steel in his New 52 costume: 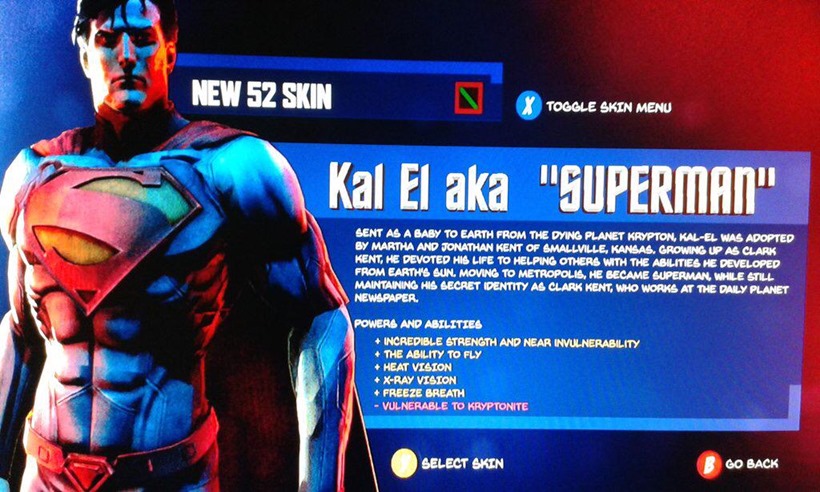 Further analysis (See mom? Those criminology classes weren’t a waste of time!), shows what appears to be an Xbox selection of buttons and, erm…more skins? This looks completely and utterly fake, and I’d take it with the largest pinch of salt imaginable.

For reals though, I’d love a proper Superman game.

The last son of Krypton may be able to outrun a bullet or stop a speeding locomotive with a burrito fart, but he’s been unable to really crack the video game market. Just about every single game starring Superman on the NES and other vintage consoles was worse than his costume choices in the 1990s.

And let’s not even talk about Superman 64, a video game so legendary for it’s unique awfulness, that it’s the closest that we’ll ever come to making actual Kryptonite.

And the only recent Superman game which made an effort to make the Man of Steel larger than life, was the Superman Returns tie-in game way back in 2006. Thing is, as bad as that game was, it actually nailed certain aspects of Superman that I’d dig to see in a proper big budget video game.

Flying was a joy, the powers were an absolute blast and the battle against a Jaeger-sized version of Metallo was actually pretty damn excellent. It’s just a pity that the rest of the game was a proper stinker.

And after several years of Batman, it’s time for a real Superman game. Give the fans something that has the greatest hero of all time going toe to toe with planetary threats, fights that topple skyscrapers and odds that are ridiculous to the extreme.

Give a gamer a title that is all about hope, as opposed to the dark and gritty world of Batman. And I’d pay good money for that, for the chance to join a real Superman game in the sun.