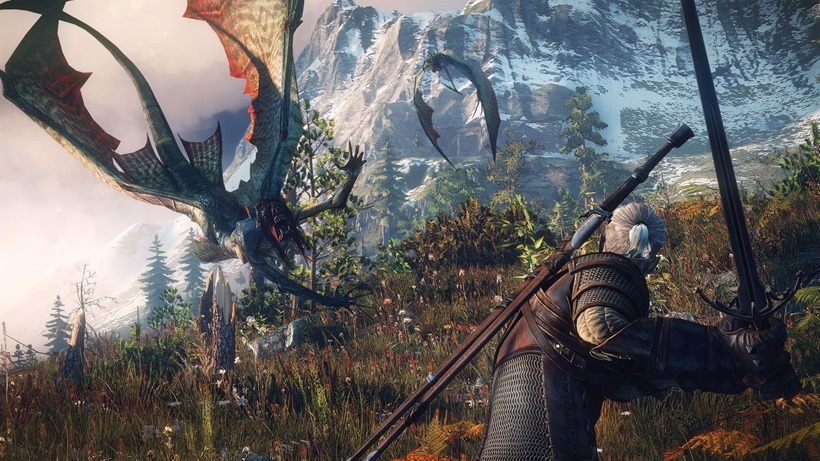 The Witcher 3 is a colossal game. Forget the waves of immaculately designed side stuff and optional Witcher contracts and you’re still left with a game that is leaps and bounds more packed than both its predecessors combined. CD Projekt Red really wanted to keep people playing their RPG epic for weeks on end, and it’s a design principle they’ve kept intact for the two upcoming expansions.

There’re two big expansions on their way for what’s easily one of the best games of the year, and together they’re going to outweigh the entirety of The Witcher 2 in terms of content. That’s according to the game’s director, Konrad Tomaszkiewicz, who says that the studio’s time estimates may have been greatly underestimated.

“It’s always like this (that when we plan some time or hours, it’s twice or something like this), but I’m not promising anything right now. And even now, if you sum up this 10 to 20 hours and you compare it to The Witcher 2, it’s almost the size of The Witcher 2. And it will be cool, it will be new stories, it will be very emotional stories and I think that people will be happy.”

If it means I get more time to get absorbed further into Geralt and his world, that’s certainly nothing I’m going to stick my nose up at. Better yet, CD Projekt Red isn’t being greedy with their pricing either, with the season pass for both expansions sitting at a low $30. That’s not too bad for content that might last longer than an entire other RPG, and certainly less than most season passes out there (that have a lot less content, too).

But, as always, it is safe to wait and see just how good both expansions are – something CD Projekt Red has encouraged players to do when the first part goes up for sale later this year.