Home Gaming With 100 days to go until E3 what are we going to be shown?

We’re still trying to book our E3 excursions this year and while we said last year that we would be far more professional this year it appears we lied. But that doesn’t mean we don’t get to be excited about what is going to be revealed in 100 days time.

With a large amount of help from the Neogaf bunch I’ve put together my most anticipated reveals of E3 along with some ridiculous hopes that will likely not come true. 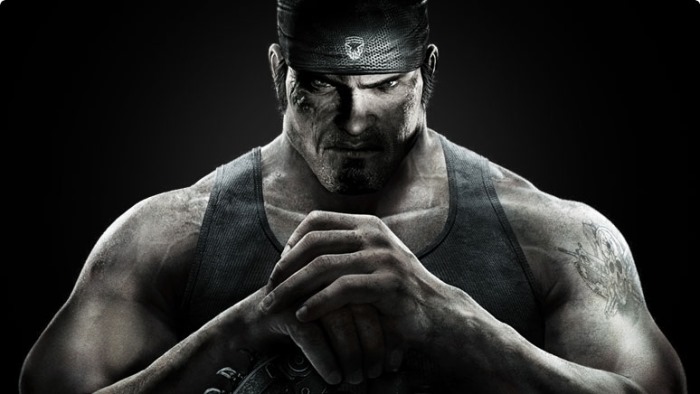 The rest of the team don’t share my enthusiasm for this as there is a lot of worry that the game has played itself out entirely. I can’t agree with that as I’m a true blooded Gears of War fan and a new storyline in the Gears universe will do me perfectly thanks.

But for heavens sake don’t remove the locusts or try Call of Duty it, I want the oafish smashing of flesh and oversized characters in my game.

Halo For Xbox One 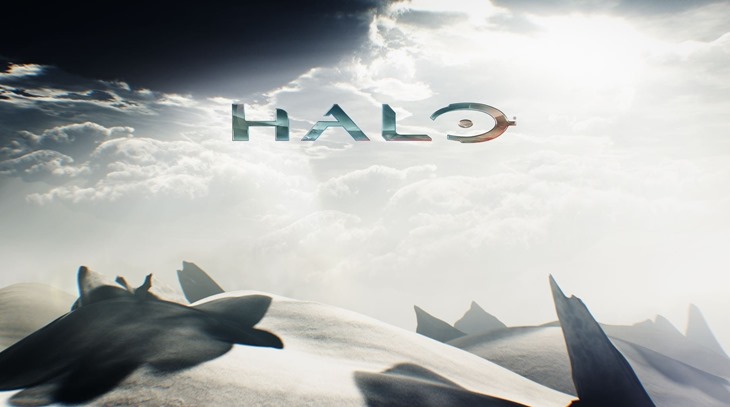 Another series I’m a huge fan of is the Halo series, however unlike the majority of Halo fans I don’t particularly like the multiplayer. It’s okay and I enjoy it now and then but it doesn’t really grab me.

However a brand new campaign on the Xbox One is definitely a reason to fork out some cash for Microsoft’s lumbering beast. 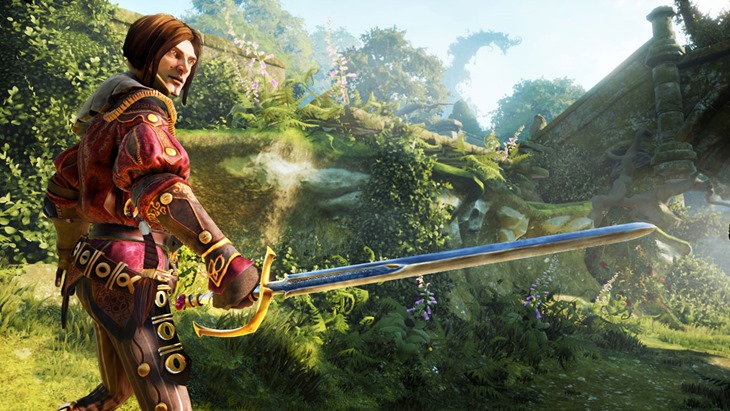 I don’t think there is any chance that Microsoft won’t be releasing Fable onto the Xbox One and while it’s not my taste it does have a large and loyal following. 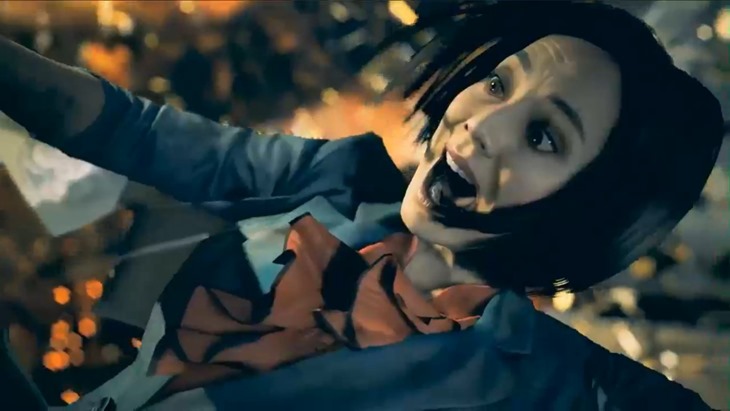 We’ve already been hyped for Quantum Break and I think it’s about time the Microsoft consoles got a decent exclusive story led game. We’ve seen some incredible titles on the PlayStation 3 like The Last of Us, Heavy Rain and Beyond but nothing that really compared on the Xbox 360.

Hopefully Quantum Break lives up to the high expectations around it. 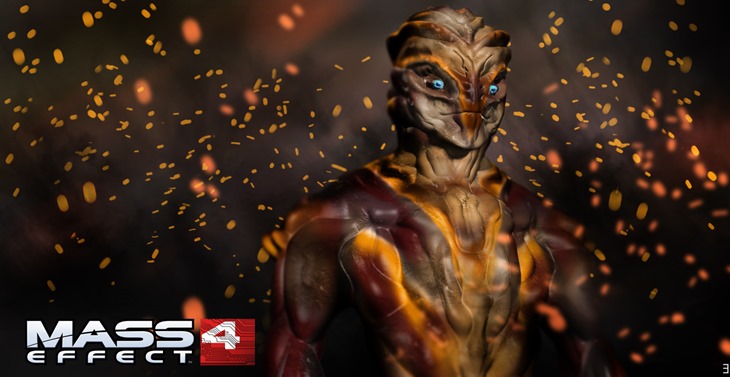 The Mass Effect series was a generation defining series in the last gen and while the urge to not tamper with a great series must have been great it seems that money is even more important.

I can’t think of a single series that has made it to 4 games without letting itself go so while we know this is going to exist, I’m not sure it’s going to be great. 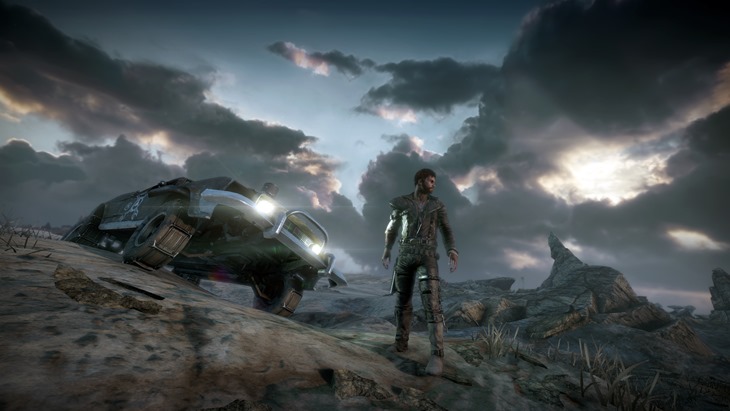 I saw Mad Max for the first time at the last Gamescom and at the time it felt like a mix between Borderlands and Burnout Paradise.

We still need to go hands on with the title and it’s been so long since I’ve seen or heard anything about it I’m getting worried. But it will definitely make a showing at E3 2014 in some form or another. 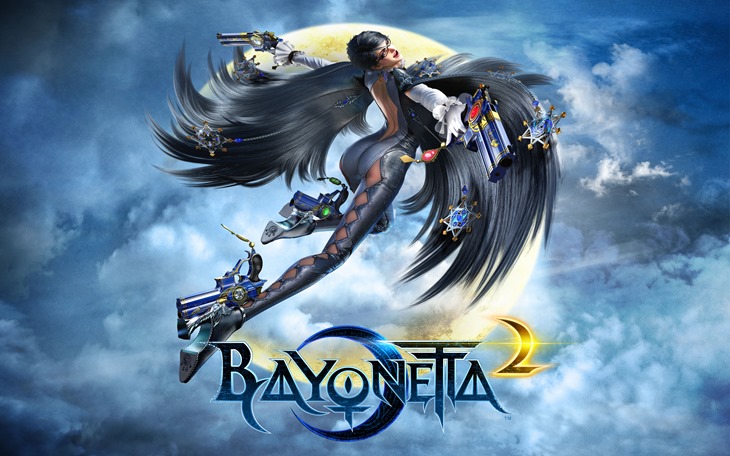 Bayonetta is another one of those cult titles that has a rabbid following, however with the recent news that it’s only releasing on the Wii-U that fanbase has taken a bit of a bashing.

The Wii-U’s sales are in the toilet right now and I for one can’t see a smaller title like Bayonetta changing that trend. 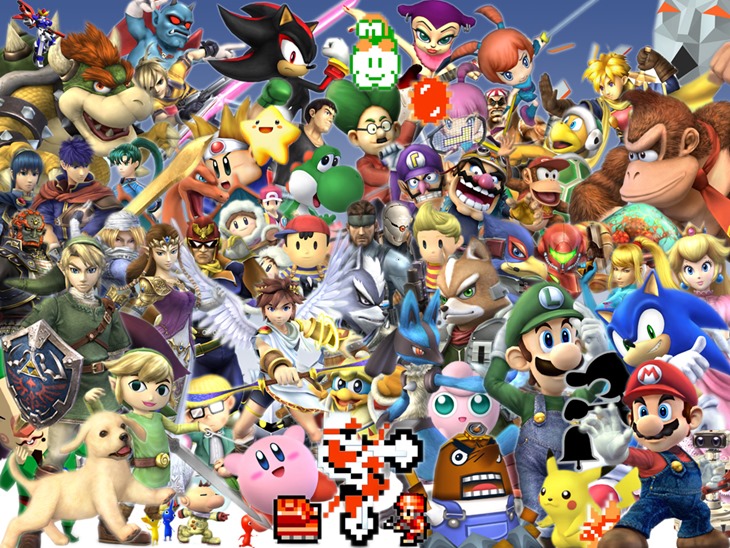 Now Super Smash Bros on the Wii-U may be what Nintendo needs to get some interest back into their console.

The problem is the touchpad would be great for this but since you can only have one touchpad per console it does limit it’s usefulness.

The Legend of Zelda Another top title for Nintendo is widely expected to be shown at E3 and that’s the new Zelda game.

Now this is a game with a huge following and as it’s a single player game the developers can really put that touchpad to good use and make the game something special that can only be experienced in Nintendo’s camp.

The rest of the bunch

These are the titles we expect to see but wouldn’t be overly surprised if they didn’t show up on time. 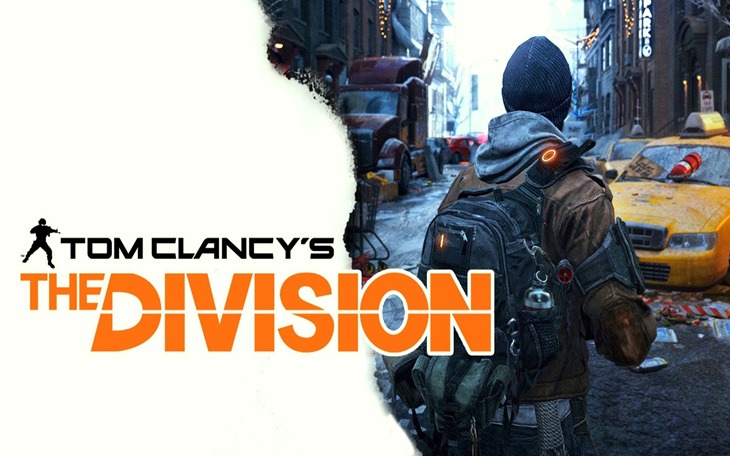 The Division from Ubisoft is attempting to break some massive new ground in the online MMO space but have they bitten off more than they can chew? 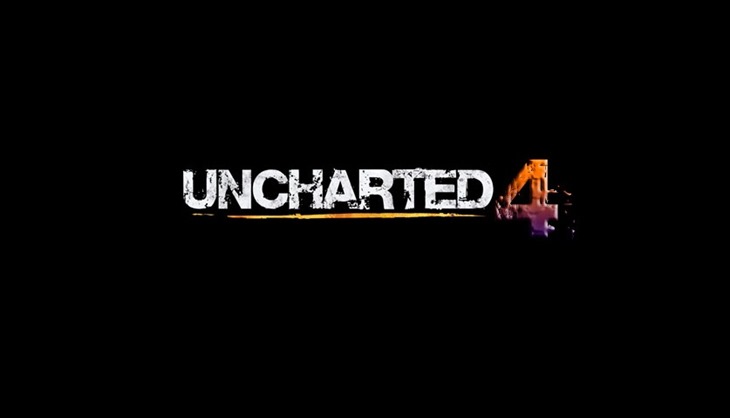 Uncharted 4 is coming, we all know that but will Sony and Naughty Dog want to showcase this title at E3 or will they rather wait until Gamescom for woo the European media?

I think it all depends on what Sony has hidden up its sleeve. 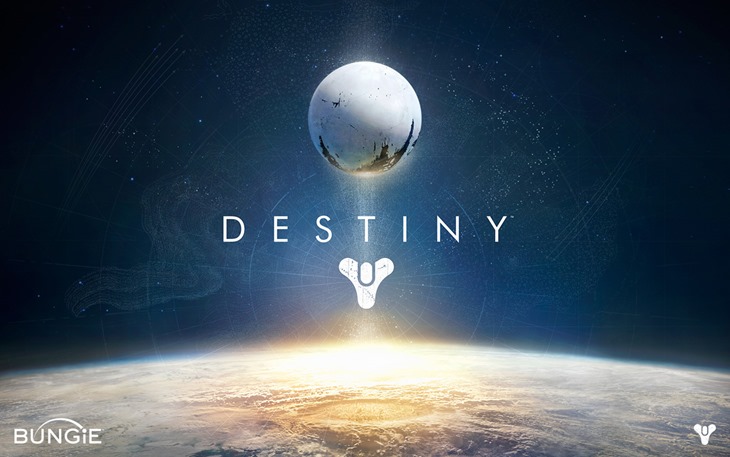 If you had asked me last year November if Destiny would be at E3 I’d have guaranteed it. However much The Division it is possible that the team behind Destiny have bitten off more than they can chew.

Bungie definitely have the pedigree to make a top title but they don’t have much experience in large scale games and pretty much no experience in MMO’s. They wouldn’t want to show the same game we saw last year so unless they have something great to show us I wouldn’t be surprised if we don’t see t. 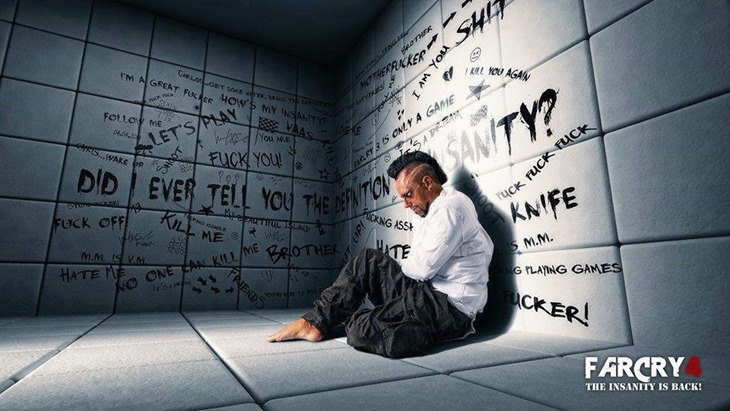 We’ve been teased recently about a new Far Cry coming out soon and I wouldn’t be surprised to see Far Cry 4 revealed during the Ubisoft conference.

However once again this title feels like a more European title so we could also only see it revealed at Gamescom later this year.

What we won’t see.. but want to

I highly doubt we’re going to see any of these but hey a man can dream can’t he? 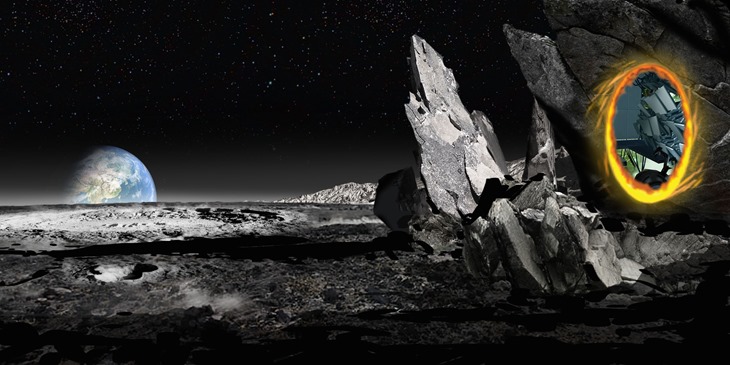 It’s been long enough since Portal 2 was released to bring back the cerebral franchise. But with Valve not appearing to make games anymore I can’t see this happening unless they sell the IP to someone 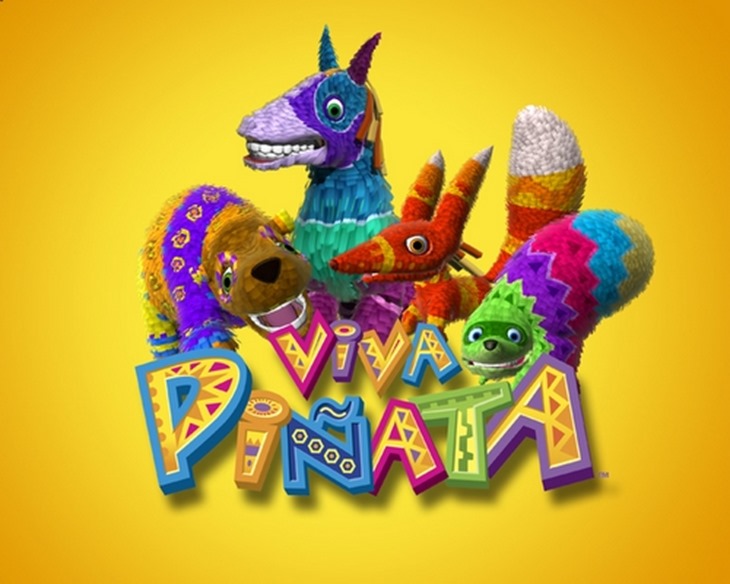 One of my all time favourite games was the original Viva Pinata, I’m not sure why but the cute, genetically modifying, farming simulator just appealed to my casual brain.

Why we haven’t seen a new one is beyond me but hopefully it can make an appearance. 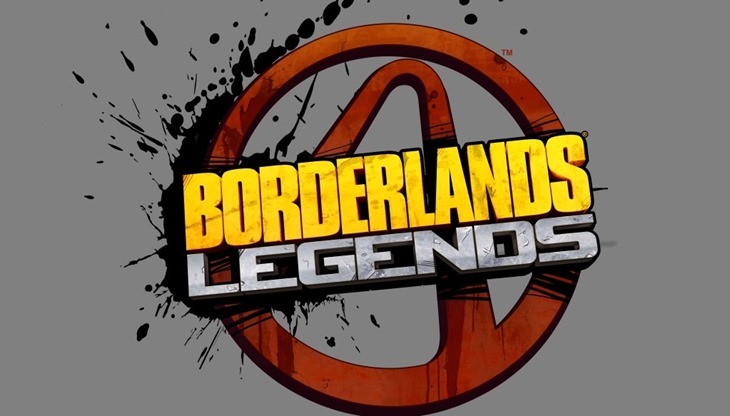 Gearbox has stated they are not currently working on a new Borderlands but that doesn’t mean I don’t want one. Here’s hoping Randy was lying to us. 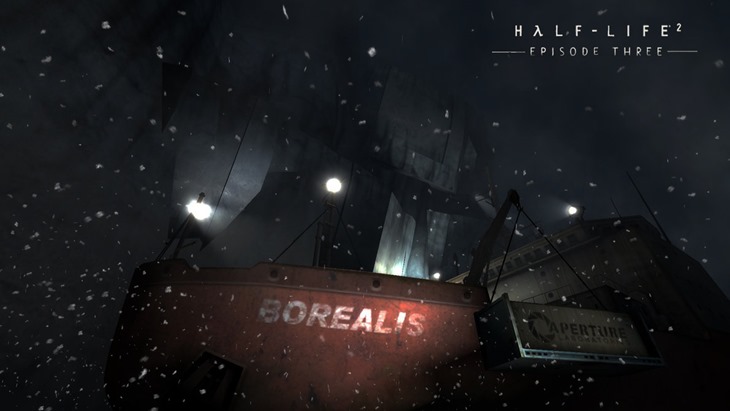 What wish list can possibly exist without Half Life 2 Episode 3? Personally I couldn’t care less about the game anymore but I just wish it would be released already so everyone else can shut up.

So that’s my list, obviously there are a ton of other titles that will be shown like a new LittleBigPlanet, Lego something or other, The Crew, Splinter Cell etc etc …

But what title are you most excited about and why?

On the last day of E3, we finally got some food and drink. The resulting conversation was …