Home Gaming With Rising Tide, Civilization can get in the sea 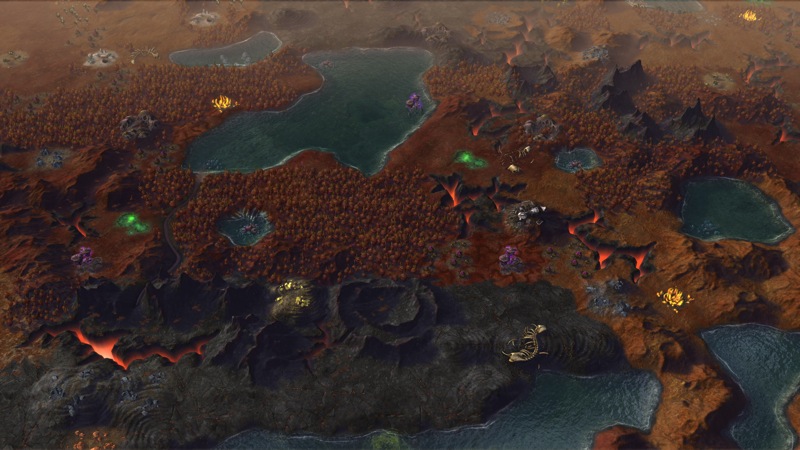 Civilization: Beyond Earth launched last year and got a tepid reaction. It’s a fun new strategy game, but it simply didn’t push the envelope the way that people were hoping a Civ game in space would. Rising Tide is an expansion that might fix that but letting players take over the sea, but it’s about much more than that.

First up, here’s a new video showing off some new elements that we can experience in Civilization: BERT (doesn’t BERT sound so friendly?):

I reached out to the team at 2K and Firaxis to try to get some answers to our burning questions about the expansion. Of course a lot of things aren’t ready to be talked about yet – they have a set schedule to follow when revealing new bits of information to us. We did get some interesting tidbits from Co-Lead Designer David McDonough, though.

The worlds have all new Biomes, like the lands of fire and ash that are shown in the video. So how will this actually change gameplay? Well, it changes how aliens act, which will, in turn, have an effect on player actions.

One of the most noticeable gameplay effects is the impact the Biomes have on alien wildlife behavior. For example, on the Primordial biome, alien aggression increases and decreases twice as quickly – the aliens are quick to attack back, but also quick to move on after a while. The other biomes have different alien-related effects. The aliens also get a unique look on each biome, and some of the artwork for the water changes between biomes as well.

But moving into the sea has changed other things as well – the tech web has been tweaked to add water-related buildings and units. Additionally, the color palette has been modified so buildings, units and other systems are easier to identify. The virtues have also been rebalanced and the hybrid affinities are designed to help players take a broader approach to their political and social strategies in the game.

With the addition of new factions, new units and new wonders and buildings, there is a whole lot to find out about Rising Tide – there will even be a bunch of new achievements to earn. However, it’s diplomacy that sounds like the most intriguing rework in the expanion:

One of the things we’ve added are diplomatic communiques – short messages from other leaders telling you that they agree or disagree with your in-game decisions. This is in part so you are getting glimpses of the factors that are feeding into their opinion of you. Also, we’ve added the ideas of Fear and Respect in diplomacy. Fear is based on your military strength, and how much of an existential threat you represent. Respect is based on how your goals align with another leader’s. You can change your diplomatic standing with other leaders by getting to different thresholds of each, and spending diplomatic capital. These are very much going to be factors in how the other leaders in the game regard you and your actions, and how you can influence the other factions.

I love the Machiavellian approach to diplomacy in the game, and by having a quantifiable gauge of how the other civilizations feel about me (and each other) it will make a whole lot more sense when they denounce each other or decide it’s time to go to war. I’m always so shocked when other civilization decide to come and kill me – what did I ever do to them except build cities, explore and take over the world.

Rising Tide is coming later this year and might just suck me back into Civilization: Beyond Earth. I have to at least go achievement hunting in the expansion.