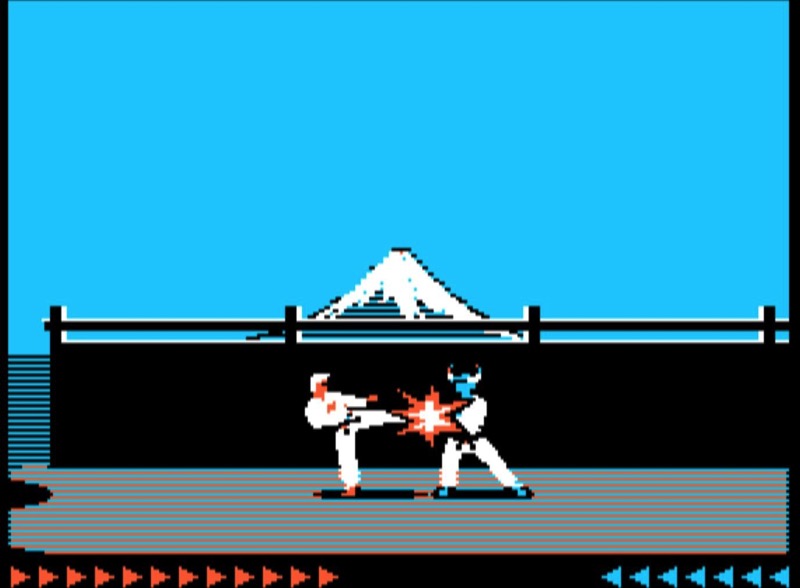 We’re inching closer and closer to the ultimate Mortal Kombat Showdown next month, and Darryn is neck-deep in some intense training. Not only have we got him playing copious amounts of Mortal Kombat X, but we’ve mapped out a history of fighting video games for him to study. One is only strong when both mind and – uh – fingers are one, so we’ll chalk up the number of hours lost to Karateka as training.

The MS-DOS archive is a treasure trove of new games for me, because around 90% of them were made pretty much before I was even an idea of a human being (I’m a child, and constantly reminded of it). Digging through the hundreds of games is incredibly fun, but today I’ve lost far too many minutes playing Karateka. A karate-based, endless runnner from 1984, Karateka has you taking on increasingly difficult enemies as you journey towards Akuma’s Fortress to save a princess. See how old those types of ideas are?

It is really interesting to play Karateka now though, because it embodies a lot of what we see as selling points in games today. Endless runners are the rage on mobile devices, while mechanics like permadeath and trade offs between progress and survival are carefully balanced. Karateka did get an HD upgrade in November 2012, which tuned the combat into a more rhythm based affair with less punishment for death. It also transformed the game from this: 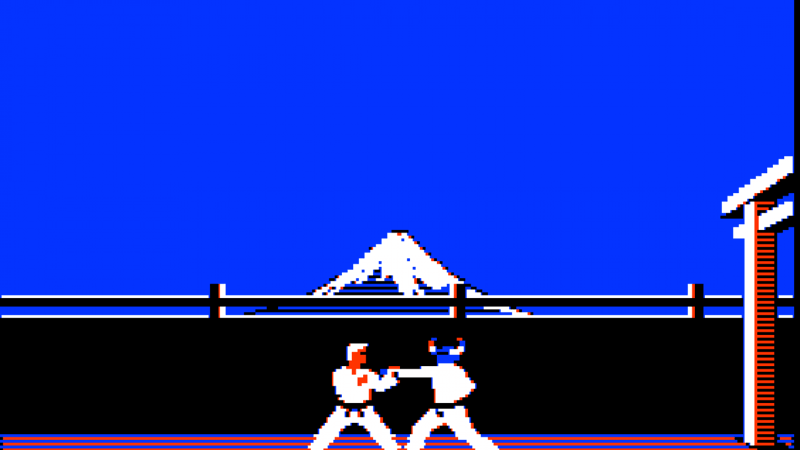 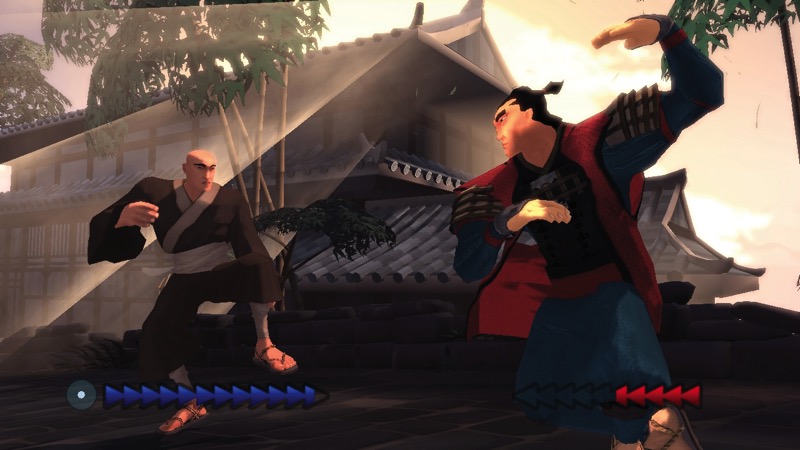 You can play the original version down below, using Q and W, A and S and Z and X for high, mid and low attacks respectively. Just don’t get whacked in the forehead while running – it ends your day really quickly.