Home Gaming WWE 2K16 will have over 120 unique character models 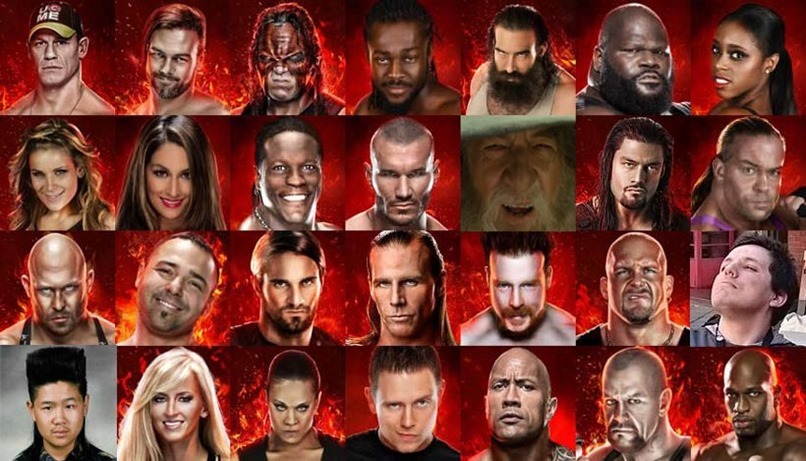 “EVERYBODY’S GOT A PRICE, FOR THE MILLION DOLLAR MAN,” I shouted one afternoon in the Lazygamer office, while promising  that if Matty could dribble a basketball twenty times, I’d pay him a stack o’ cash.

And then I kicked the ball out from under him on the nineteenth dribble, proving that I really was Ted Dibastard, one of my custom WWE creations from previous games. WWE games are built on rosters of superstars, and this year will see the biggest ever collection of superstars to hit a WWE 2K game.

120 superstars in fact, according to developer Visual Concepts, who say that this locker room of sports entertainers will be massive when compared to WWE 2K15’s 67 models. And that number doesn’t include variants such as traditional Undertaker and that time that he was a biker deadman for a while.

“For anyone doubting the ”largest roster ever” tag line for WWE 2k16, let us assure you, that we are bringing over 120 unique playable Superstars and Divas to the game,” Visual Concepts said on Instagram. 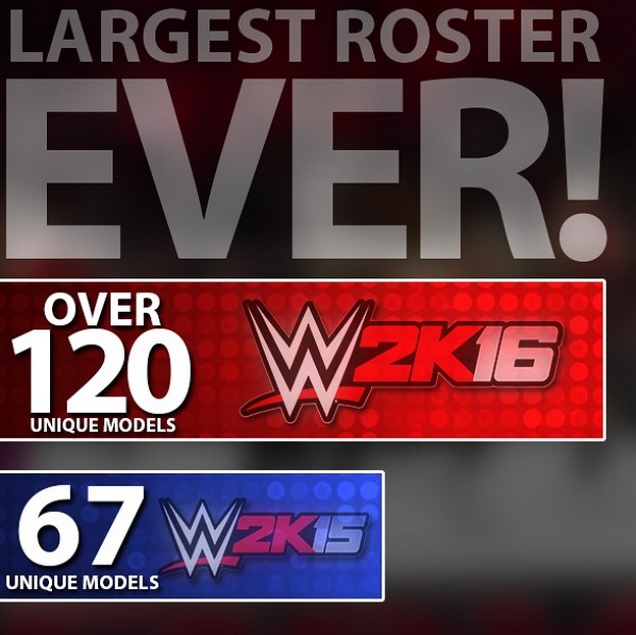 Now when we say unique, we’re not counting the repeats like 5 John Cena models, or 8 Mark Henry models. As you can imagine, these models are keeping us crazy busy, but it is worth it.

WWE 2K15 had superstars who looked truly amazing, thanks to new capture technology that caught every single one of the unique details that made a wrestler stand out.

At the same time, the difference between a performer that had gone through the process and a superstar who had not been able to sit down to have a million cameras capture their visual essence, was kind of glaring.

It’s an issue that hopefully won’t be repeated then in WWE 2K16, which will also hopefully include more modes this year to make up for WWE 2K15’s meagre offering of match types.

If Visual Concepts could also throw in a new combat system that doesn’t require god-like reflexes for countering attacks, I’d be sold. Now if you’ll excuse me, I have to go smash a coconut on Sandy’s head, because I’m feeling hot and rowdy right now.