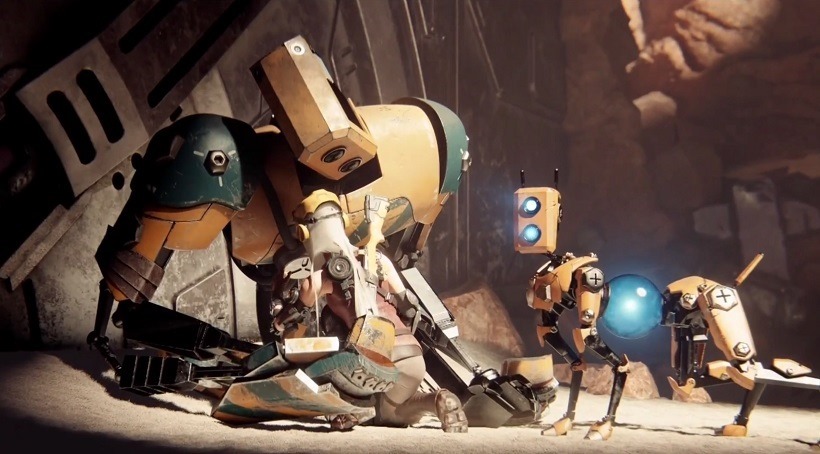 I think we’re quickly reaching a point where it is assumed that most Xbox exclusive titles are (or eventually will be) PC games too.Just last week Phil Spencer all but confirmed that Scalebound, Quantum Break and Crackdown 3 would eventually reach desktops, and this week another highly anticipated exclusive joins those ranks. Can we start using Ecosystem Exclusive yet?

ReCore, the surprising action adventure game revealed at E3 with Keiji Inafune’s name attached, seems like it will also be coming to PC. According to a portfolio website belonging to one of the developers at Armature Studios, the game is being simultaneously developed for both platforms.

ReCore is an upcoming 3rd-person action adventure game being developed in partnership with Keiji Inafune, exclusive for Xbox One and Windows 10. In ReCore, you play one of the last surviving humans and team up with a variety of robot companions to travel through a hostile and mysterious world. Having just been announced, I am not at liberty to post any more details about the game just yet, but Microsoft has big plans for the game and the IP over the coming year.

Sure, it could’ve possibly been a mistake, right? Well further down the same portfolio, the developer mentions ReCore again – this time citing PC experience and listing the game with both platforms for a second time. It’s unlikely that the same typo could’ve been made twice, but I’ll leave the level of doubt to you.

It’s, again, not entirely surprising given Microsoft’s stance towards how they deal with exclusives. While it does ask questions about their confidence in their console hardware, having their own games across two platforms that they own isn’t exactly bad business. It just makes the question around whether you need an Xbox or not a little trickier to answer.