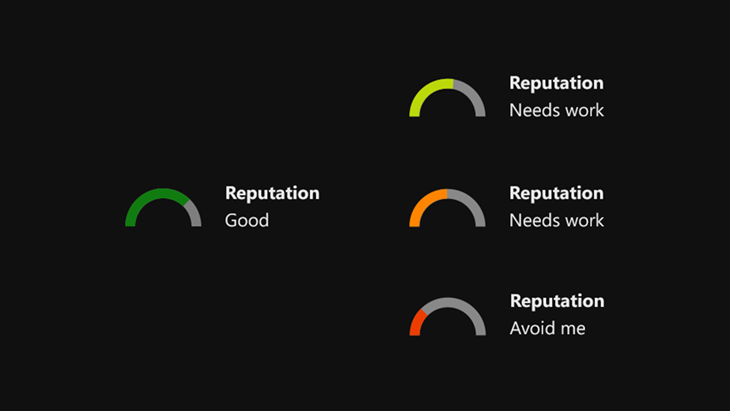 When the Xbox was originally introduced Microsoft were quite vocal about the online player reputation management system they had implemented. The idea being that when you act badly online your reputation points take a hit and eventually you will only be paired with other gamers with bad rep.

Unfortunately the system didn’t actually work since it couldn’t tell the difference between gamers who were just bad at games and gamers who were purposefully causing problems.

This resulted in the experience for new gamers being pretty terrible. So it appeared to have been turned off early in the generation and wasn’t heard about again until the release of the Xbox 360 when the same old promises were made again.

And again the system didn’t appear to work with reports that really good players were now being punished as griefers and people being reported out of spite and again being punished unfairly.

Will it work this time? Well as a developer I can’t see how this can’t be that difficult anymore and with a full enforcement team behind them they can surely get it right now… right?

I personally wish they still had the zone options as I don’t want to be put in the same matches as professional gamers who lose their cool just because I suck at gaming.

You can read more about the reputation score on the official Xbox site.