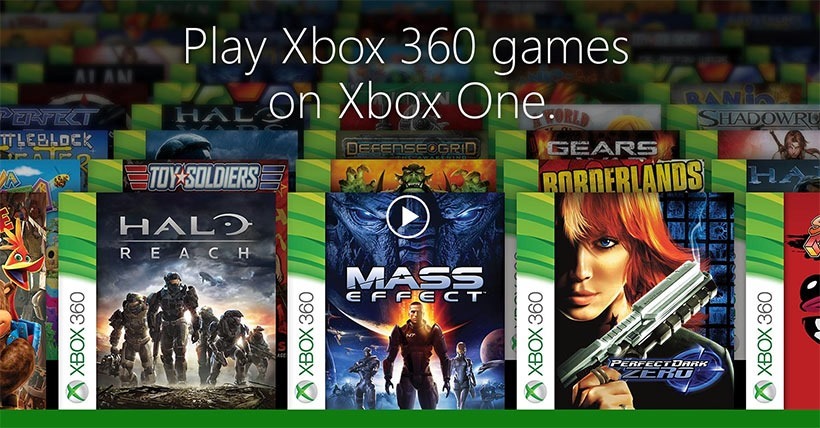 Microsoft’s big bombshell from E3 was that their newest console would soon add backwards compatibility for its older one. It was met with thunderous applause, whoops, and squeals of delight. I’ve found the whole thing dubious – because software-based emulation is a very difficult thing to get right.

With the system’s currently limited list of supported games, I thought it would be as feeble an attempt at backwards compatibility as their last one; their ditched plans of getting full Xbox compatibility on the Xbox 360. I may have been wrong.

People in the preview program are running their Xbox 360 games on their Xbox Ones, with the games actually playing better on the more powerful console. It seems that the Xbox One’s backwards compatibility is powered by black magic, and not mere software emulation.

Take a look at Mass Effect running on an Xbox One, compared to running natively on an Xbox 360. There’s less texture pop-in, scenes load faster and it seems to work flawlessly – not the sort of thing you’d expect from software emulation on an x86 platform. For those of you entrenched in the emulation scene, you’d know that it’s only relatively recently that PlayStation 2 emulation became worthwhile.

It’s not perfect though, and there are reports of dropped frames in busy sections, but ‘m more than impressed.

If you’re interested, here’s a list of the games that are currently working in the preview program – with Microsoft intent on adding more. What’s especially amazing is that online works – you’ll be able to play your Xbox 360 games, on your Xbox one, against friends playing on their old Xbox 360’s.

What I’m most interested in is preserving the ability to play XBLA games like Shadow Complex, Geometry Wars and the like – and it seems that I’ll be able to do that.