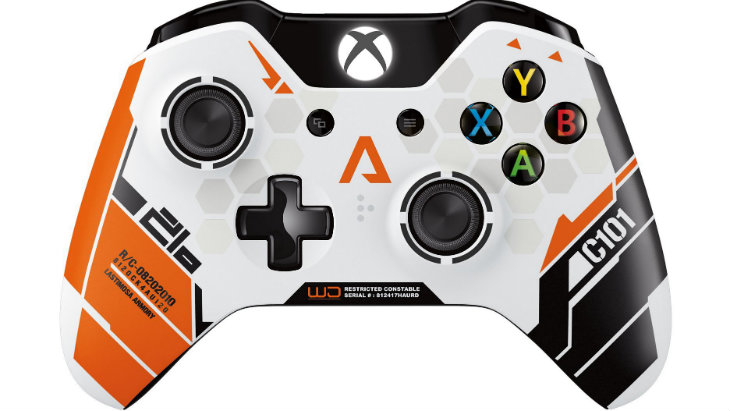 So, Titanfall got a horrifically ugly Xbox One controller specially made. But it’s not just the aesthetics that got an overhaul – the actual controller software is also getting reworked. I love the Xbox One controller – it’s comfy to hold and has vibrating triggers – and now it’s getting even better.

Whether you opt to purchase the limited edition Titanfall controller (gah! my eyes!) or you stick with your current Xbox One controller, things are changing. The limited edition version comes preloaded with the software-based enhancements, while the rest of the Xbox One population will receive it as an update. So, what changes? According to a Respawn representative:

The analog sticks are more precise, and we worked very closely with [Microsoft].

Oh cool, greater precision – that’s quite nice. Respawn also claimed that the hardware upscaled is getting better, so maybe the resolution will improve. Maybe.

This actually makes me wonder about something, though. I know we get different servers for various parts of the world, but I actually think it’s good to separate console and PC gamers, particularly when it comes to shooters. Sure, everyone wants to be able to play with their friends, regardless of platform. However, console gamers get aim assist and needed an upgrade to controllers to have greater analogue stick precision, while PC gamers get to run the game with prettier graphics and way greater precision. Is that even fair?

I like the idea of the controllers getting a retune, regardless of the reasons. Hopefully this means that all games going forward can take advantage of the greater precision on Xbox One controllers – it already is a fantastic piece of machinery. When PS4 eventually gets a version of Titanfall that isn’t exclusive to Microsoft platforms, I wonder if it will also need a controller upgrade, or if it’s already more precise.