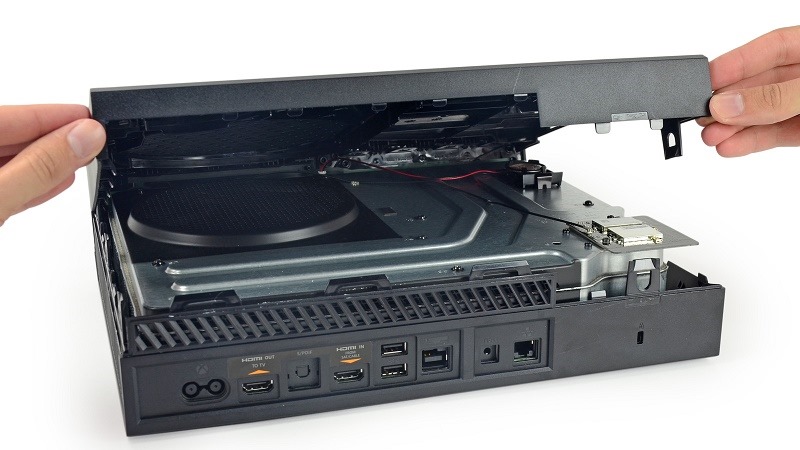 The first year of the new console generation was overshadowed by the constant technical bickering from both sides. Microsoft’s Xbox One definitely started on the back foot, losing out on most third-party performance battles to the PS4. That gap shrunk as 2014 went on, and the latest change to the Xbox One could see it closed completely.

While we were stuffing our faces with festive food, someone managed to nab the Xbox One SDK and throw it up online, allowing anyone with an internet connection to get cosy with the inner workings of Microsoft’s console. What many of us didn’t know was that Microsoft had secretly opened up more processing power to developers in a November update, giving them access to the seventh of eight CPU cores found in the console. This could explain why some games, like Assassin’s Creed Unity, performed better on the Xbox One than the PS4, significantly closing the gap between the two.

But as anyone could guess, it comes at a price. Digital Foundry did a lot of digging, and found that the extra CPU horsepower comes at the expense of Kinect functionality. A lot of game-specific commands would have to be omitted to get the full power from the seventh core, and even then developers are threading on thin ice. At any point a player could yell at Kinect to record a game clip, which significantly reduces the processing power available to the game at hand. Even worse is the fact that developers have no way of implementing systems that can tell if, or when, this happens.

Since it’s embedded into the OS, there’s no way of stopping it either. If Xbox One developers choose to gobble up all this extra power, they risk a little slowdown if any other OS functions are started using Kinect. The SDK’s documentation acknowledges this flaw, with Microsoft aiming to address it with future SDK updates (presumably in the next few months).

But what does that mean for Xbox One games? Well it was clear as day that Unity ran better on Microsoft’s console, with the extra CPU power being put to use in keeping revolutionary Paris more stable. In fact, with all the tweaking, the Xbox One’s CPU is currently 15% better than the one found in the PS4, despite the physical hardware falling below a 10% performance gap between the two. Games are pushing more processing to the GPU nowadays, which gives the PS4 its undeniable edge, but having spare CPU power is nothing to scoff at. Bigger, more open-world games benefit greatly from it, and considering that’s a big trend at the moment Xbox One owners can probably look forward to better performance bumps as Microsoft keeps tinkering with its superior CPU.

It’s, again, something you’ll only really take notice of if you’re running two versions of the same game right next to each other, but I personally think it’s great to see both consoles having their own major pros and cons at this point. Still, the divide between the two is smaller than ever, and Microsoft can be proud of achieving that in just a single year.