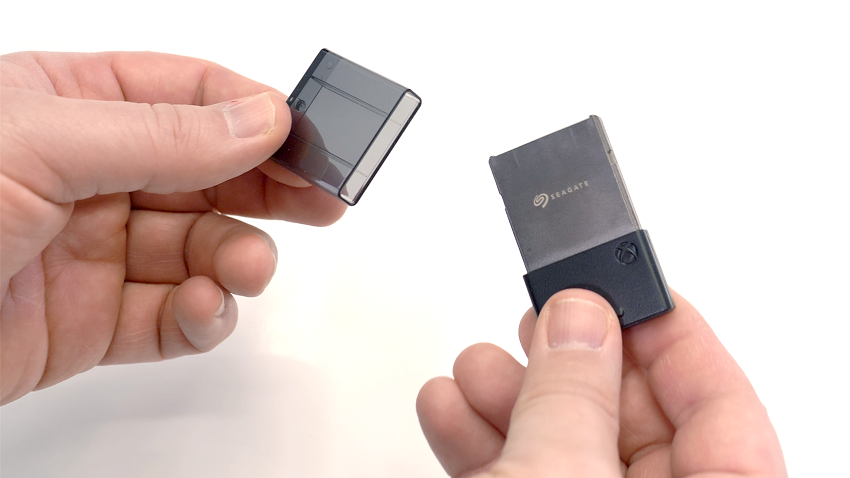 There’s no doubt about it: Video games have gotten chonky in recent years. If you go digital, it’s not exactly unheard of to be slapped with a download that measures in the gigabytes, with the average size of a game easily hitting the 40 gigglebyte mark in this day and age while other games easily break the previously unheard of 100gb threshold.

That’s not to say that we don’t have space for these games! The PlayStation 4 and Xbox One came with internal storage which could be expanded on with USB 3.0 hard drives, but for the next-gen some out of the box thinking is required. With the Xbox Series X hyping up its ability to play bigger games quicker thanks to its internal 1TB SSD, getting into a game is going to be a walk in the park. An entire terabyte is a lot of digital real estate, but even in this day and age it’s not enough space for a thriving library of games that’ll easily stretch that limit to the breaking point.

The solution? Memory cards! Sort of.

Developed in tandem with Seagate, you’ll be able to insert an expansion card into the Xbox Series X, which will still be capable of using Microsoft’s fancy new Velocity Architecture to load games at SSD speed. “Built in partnership with Seagate, this 1 TB custom storage solution expands storage capacity of Xbox Series X with the full speed and performance of the Xbox Velocity Architecture Previous generation Xbox titles can still be played directly from external USB 3.2 hard drives,” Microsoft explained in a breakdown of their fancy new words.

However, to receive all the benefits of the Xbox Velocity Architecture and optimal performance, Xbox Series X, optimized games should be played from the internal SSD or Xbox Series X Storage Expansion Card.

According to Microsoft, Xbox Velocity Architecture “is the new architecture we’ve created for the Xbox Series X to unlock new capabilities never-before seen in console development”. 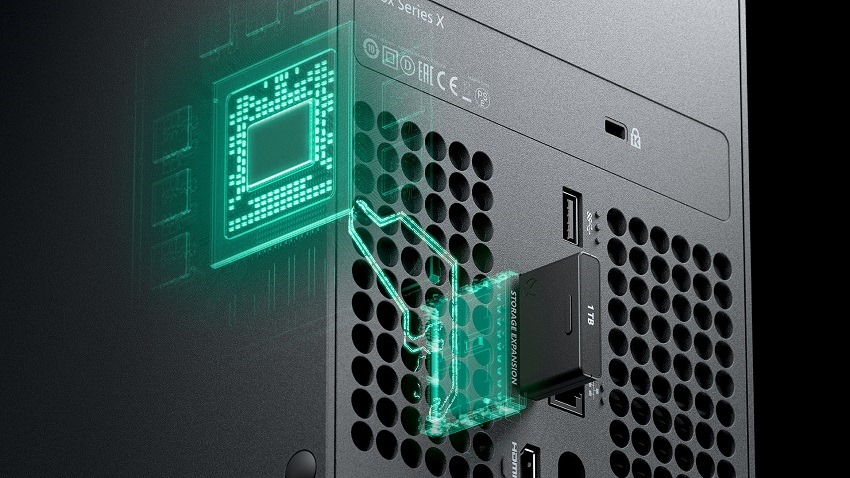 It consists of four components: our custom NVMe SSD, a dedicated hardware decompression block, the all new DirectStorage API, and Sampler Feedback Streaming (SFS). This combination of custom hardware and deep software integration allows developers to radically improve asset streaming and effectively multiply available memory. It will enable richer and more dynamic living worlds unlike anything ever seen before. It also effectively eliminates loading times, and makes fast travel systems just that: fast.

So what does this mean for USB 3.1 and 3.2 storage drives? Xbox’s Larry ‘Major Nelson’ Hryb later tweeted that you’ll still be able to play original Xbox 360 and Xbox One games from them on Xbox Series X but games from the XSX family would have to be installed on the SSD or memory card if you want to use them on that console.

Not a bad move at all! Making the shift from current to next-gen that much easier. Yesterday saw a ton of new Xbox Series X information revealed on the console specs and the controller, all of which added up to create a machine which has ungodly power to say the least. That, and this beast is most likely going to demand a premium price when it launches.