It’s always pretty staggering to see how popular certain titles are and how many people are actually playing them.

This latest Infographic comes from Spijkermat.nl and is a cross section of an average 24 hours in the life of the Call of Duty Black Ops servers.

What is also very interesting though is if your starting weapon isn’t either the MP5K or M16 then you more than likely don’t know what you are doing as those 2 weapons make up 89% of all the starting weapons in the game. 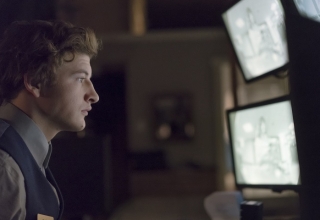 The Night Clerk is the upcoming crime thriller starring Tye Sheridan. While on duty, a young, socially challenged hotel clerk (Sheridan) witnesses a murder in one of the rooms but his suspicious actions land him as the lead detective’s (John Leguizamo) number one suspect.