Home Gaming You can finish Alien: Isolation without killing anyone 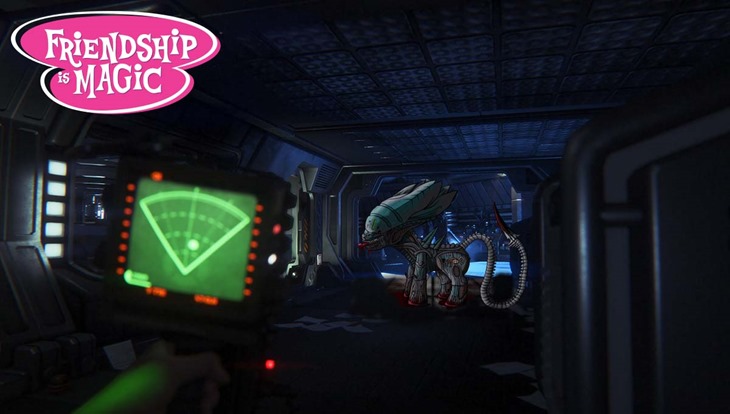 It’s out there. Somewhere. Waiting to give players a double-kiss of death that tastes like acid and face-rape cooties. Honestly, if I ever had to find myself stuck in a spaceship with a Xenomorph, I’d probably take the path of least resistance and push Geoff in front of me when the creature attacks. Bastard survival skills aside, Alien:Isolation will be encouraging players to use violence as a last resort.

And that’s because unlike other games set in that universe, players won’t exactly have a small army with them to fight off the Xenomorph. In fact, taking a more Buddhist approach to the game could work in your favour, as stealth is the primary flavour of the game, not all-out balls-to-the-wall action. “You can get through the entire game without killing someone,” Lead designer Gary Napper told GamesTM about the hippie approach to stayin’ alive, stayin’ alive.

It’s something that was, not so much a challenge, but something I felt was what the character would do. We’re talking about a member of the Ripley family – they’re not like characters in games that gun down civilians because they’re in the way to get to the switch.

That all ties into the core theme of the game, where it’s better to hide than fight. Which is the same approach that I usually take when I need to submit a tax return. Alien: Isolation is out in October on PC, PlayStation 3, PS4, Xbox 360 and Xbox One. A month that is possibly more terrifying than the entire film franchise itself.