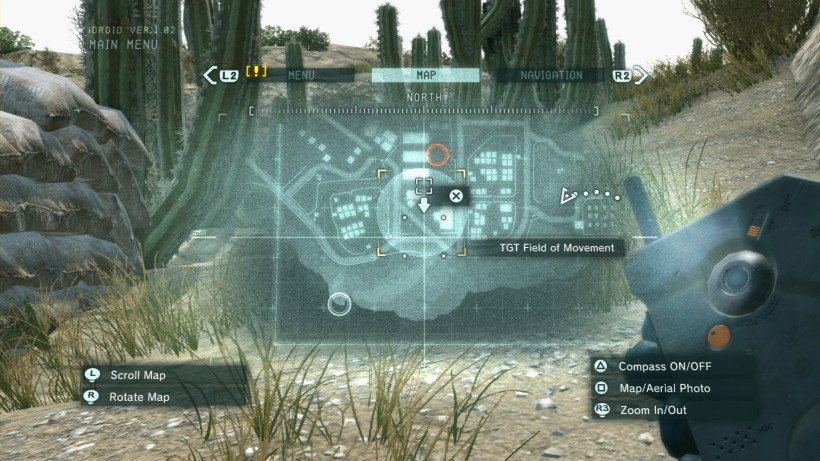 Companion apps have two degrees of functionality. either they’re well-designed, well-integrated and actually useful, or a mess of throwaway bits and bytes that do nothing more than advertise the game they’re meant to work with. Ground Zeroes, the demo/prequel to The Phantom Pain, had one falling on the former – and Metal Gear Solid V will be getting an equally useful one too.

The companion app for The Phantom Pain is actually, in fact, near identical to the one that shipped with Ground Zeroes. With it you’ll be able to glance at the map in real-time – seeing the movements of marked enemies and points of interest that you’ve already scouted out. In addition to that, the app will also double up as a Walkman, allowing you to listen to the various tapes you’ve collected throughout the game.

These are especially important, since they’ve essentially replaced the long Codec sections that the series is famous for. Instead of pausing the game for long stints of dialogue, the tapes allow the game to continue while you listen, making the app useful even when you aren’t actively playing. If you know how many neat story details were hidden in the few scattered around Ground Zeroes, you’ll definitely want to be hunting for them in The Phantom Pain.

The app is meant to launch alongside the game next week, and will be available for iOS and Android. In the meantime, try to ignore the fact that Snake’s iDroid in the 80s’ is more advanced than your iPhone is currently.