Home Gaming Your guide to the world of inFamous 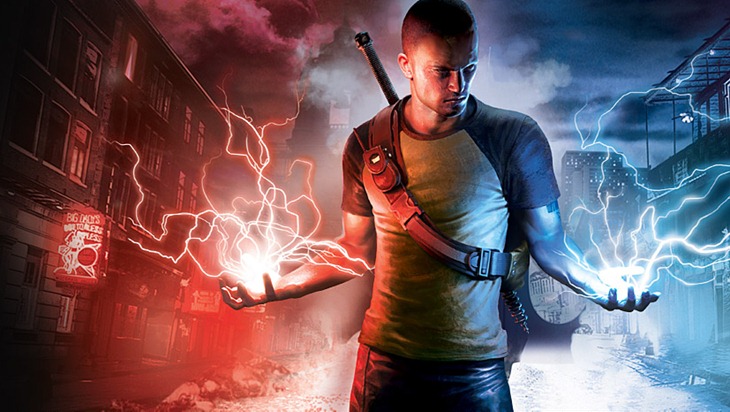 inFamous: Second Son finally arrives next week, just in time for a long weekend. It’s not the first game in the series, but it is a new start for the franchise as it heads to the PlayStation 4. Confused about all the terms being thrown around in trailers? Well here’s a guide to the world of inFamous, that’ll explain everything to you. 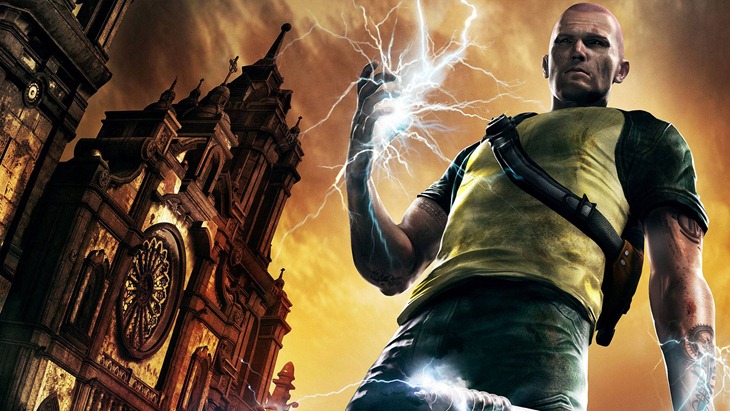 The hero (or villain) of the first two games, Cole was just an ordinary human being and courier until he delivered a package that happened to contain a ray sphere inside of it. Opening the package, Cole was caught in a massive explosion that wiped out several city blocks, leaving him as the sole survivor and powered up with various electrical abilities.

Eventually recovering, Cole soon found the entire city after his blood after propaganda wrongfully labelled him responsible for the devastating blast. After being caught up in a gang war orchestrated by various sides, Cole learns the truth of the ray sphere. Absorbing the bio-energy of anyone caught within its radius, the ray sphere then transfers all that energy into the one holding the device, powering them up.

After fighting his way through and past Kessler ,an alternate timeline future version of Cole, McGrath learns that the fight has just begun and that the Beast is on the way. With Empire City now safe after defeating Kessler, McGrath prepares for battle with the Beast, ending the first game as he waits for that confrontation. 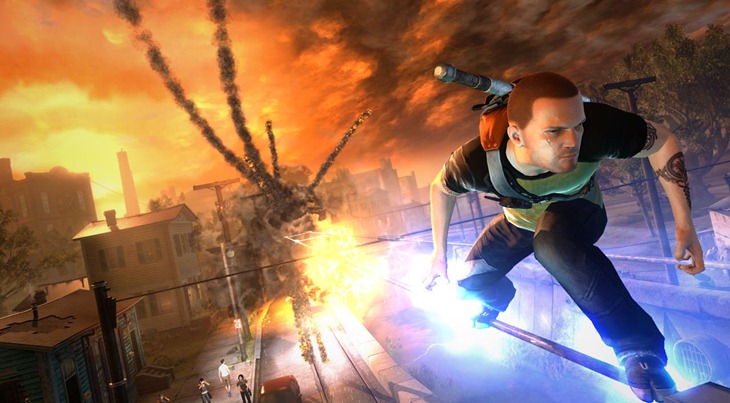 In inFamous 2, the Beast eventually arrives in Empire City, and McGrath learns that despite all the power that he now wields, he is utterly outmatched in every way by the colossal creature before him. Cole barely survives his first encounter with the Beast, and watches as Empire City and much of the coastline is destroyed in the aftermath.

Escaping to New Marais, Cole searches for Dr. Sebastian Wolfe, a scientist who may be able to give McGrath even more power, enough to possibly defeat the Beast. Standing in his way this time is wealthy industrialist Joseph Bertrand III, who runs the town and has his own private militia.

McGrath discovers that the ray sphere will only work for people who carry the “Conduit” gene, a piece of DNA that allows them to receive powers. At the same time, McGrath also discovers that Bertrand is a  conduit, who used to the ray sphere to gain powers. Becoming a gigantic monstrosity instead, Bertrand decides to convert more humans to his cause and becomes a primary antagonist in the sequel. 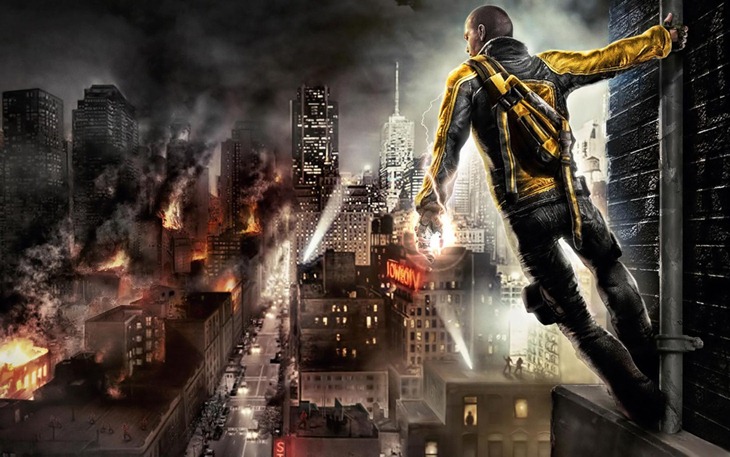 McGrath is faced with a choice at this point, as activating the RFI would kill him an anyone who carries the conduit gene around the planet. Appearing to him in human form, the Beast offers McGrath a second choice, which would allow the Conduits to rise at the expense of hundreds of millions of humans dying in the process.

Choosing instead to sacrifice himself in the canonical ending, McGrath perishes along with the Beast and conduits around the world, with the people of New Marais revering him as “The Patron Saint of New Marais”. 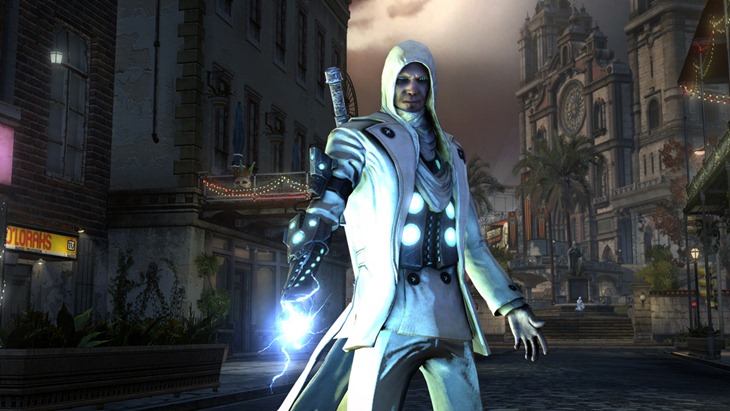 Kessler was the name that a future version of Cole McGrath used when he travelled back in time in order to save the world from the Beast. Gaining control of the First Sons faction, Kessler oversaw various plots that resulted in him creating the scenario where he first received powers, as he orchestrated a massive plot to gain even more abilities so that he could save the world.

Not caring who got caught in the crossfire, Kessler was an immensely powerful Electrokinetic who eventually met his end in Empire City at the hands of his younger self, but not before he left his future memories in the head of the younger Cole McGrath. 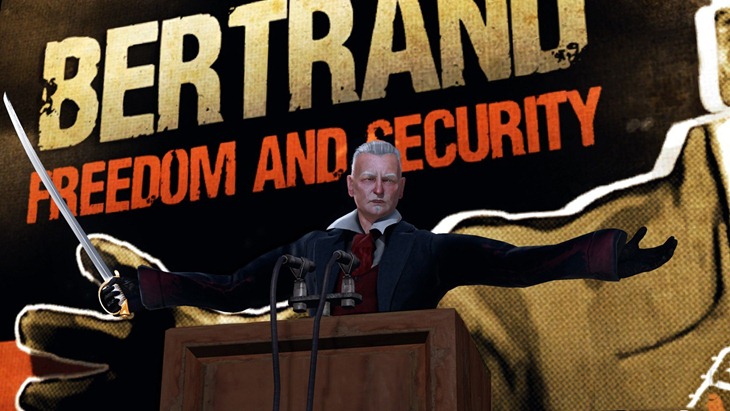 A prime villain in inFamous 2, Joseph Betrand believed himself destined for greatness, activating the ray sphere and instead becoming disgusted at his new form, a parasitic monstrosity that could convert humans into similar, smaller abominations.

In full control of New Marais, and with various resources, militia and weapons at his disposal, Bertrand led a campaign against McGrath that saw allies transformed and killed, attempted to start a war which would see humanity hunt down conduits and killed hundreds of civilians during one of his rampages as the Behemoth.

Bertrand eventually met his end in a massive battle between Cole, new Marais rebels and Nix. Bertrand had the last laugh however, as Cole made use of his plans for the RFI, while the human population eventually began rouding Conduits in the seven years that followed and lead into inFamous: Second Son. 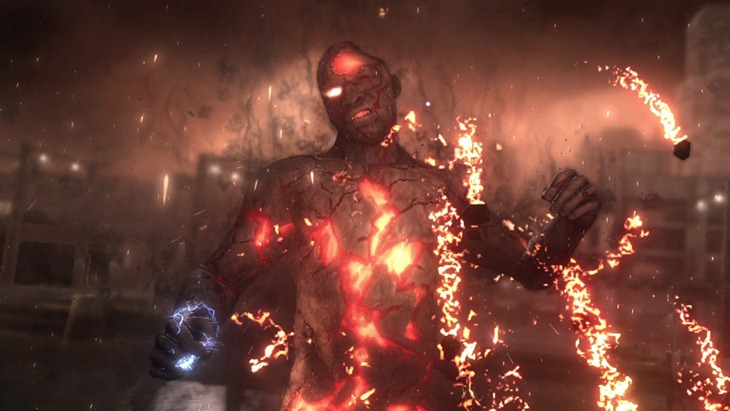 Originally known as NSA agent John White, the field agent investigated the First Sons with his partner Lucy Kuo. During a ray sphere experiment gone awry, White found himself ripped apart and thrown into the vortex of the energy released, re-emerging as the massive creature known as the Beast.

Immensely powerful and unstoppable, White returned and destroyed Empire City in a single blast, which also awakened the abilities of anyone with a conduit gene in the vicinity. White saw himself as a saviour however, and was determined to save conduits from the ray field plague, which they were immune to.

Battling and defeating McGrath in their first encounter, White would later reappear before him and offered Cole a chance to join and save the conduits. Refusing his offer, McGrath would eventually defeat the Beast, and use the RFI to kill him and anyone with a conduit gene. 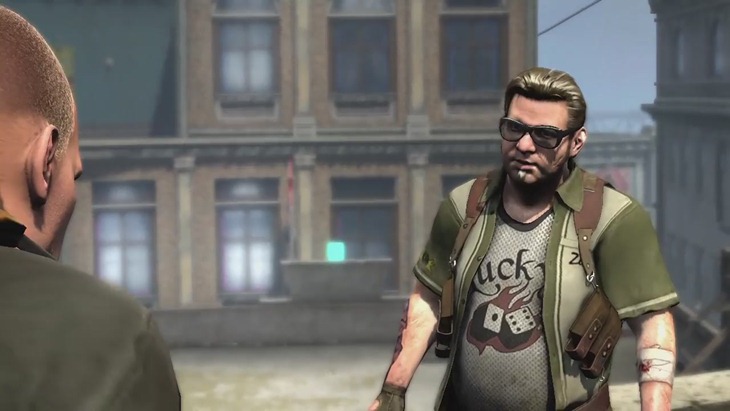 McGrath’s closest friend, and sometimes betrayer, Zeke was there for Cole before the blast in Empire City and was there to say goodbye after the events of New Marais. Handy with a gun and in contact with the right people in the underground, Zeke would help Cole fight his way through gangs such as the Dust Men and First Sons, but was eventually tempted with the lure of power to betray Cole.

Eventually redeeming himself when he attacked Kessler, Zeke would stick around for the events of inFamous 2, contracting a mysterious plague yet still remaining a firm ally to McGrath,a s the two patched up their rocky friendship.

When McGrath sacrificed himself to stop the Beast, the energy released from the RFI also cured the world of the strange plague that had decimated the population. Left alone, Zeke recovered McGrath’s body and decided to bury him at sea. 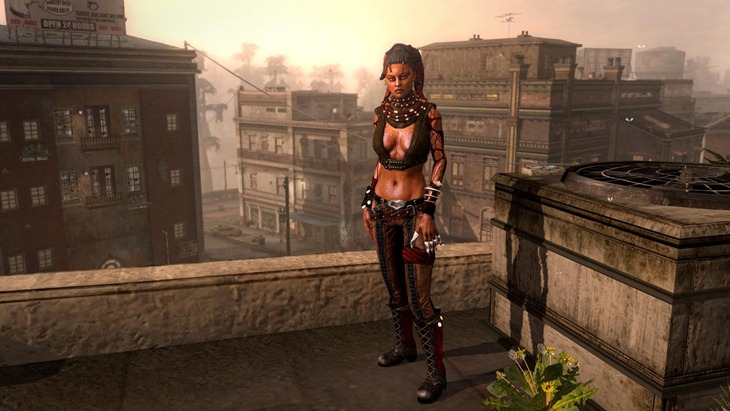 A native of New Marais, Nix fought against Bertrand’s militia and wielded various powers as a Conduit, bending the element of fire to her will as a powerful Pyrokinetic. An ally on the darker side of McGrath’s karma, Nix fell in battle against the Beast near the end of inFamous 2. 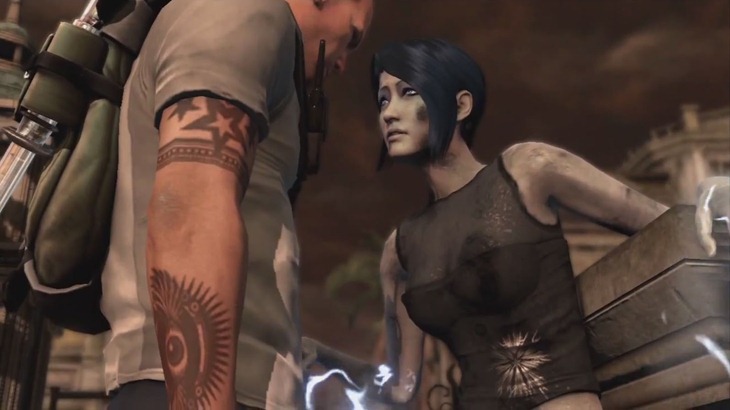 The opposite of Nix, Kuo was originally an NSA agent sent to investigate the First Sons organization. Becoming involved with McGrath, she was eventually captured by Bertrand in New Marais, experimented upon and received powers of her own that allowed her to mainpulate ice.

Kup died in New Marais, after McGrath activated the RFI. 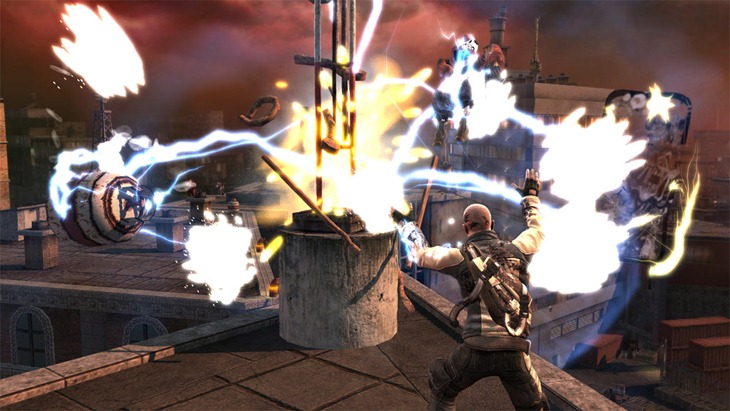 As an Electrokinetic of the highest magnitude, Cole McGrath was massively augmented and able to wield electricity in a raw and powerful form. Eventually expanding upon those powers, Cole would receive more abilities during the events of the second game. Here’s a list of the unlimited power that Cole wielded:

Cole would later gain more powers, allowing him to bend Ice and Fire to his will. 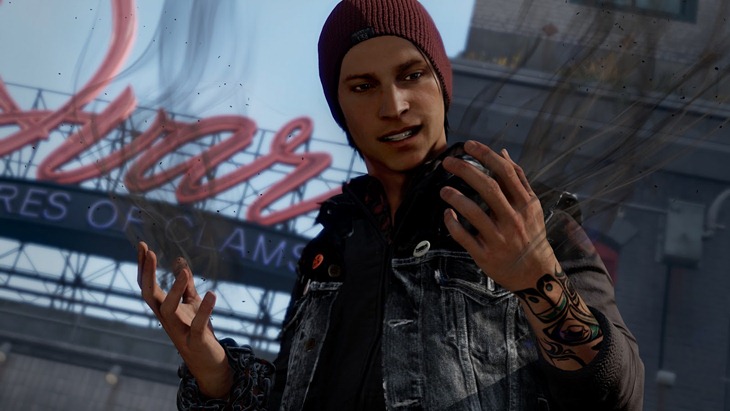 The primary protagonist of inFamous: Second Son, Delsin is a 24-year-old conduit who has the power to absorb abilities from other conduits. Growing up in Seattle, Delsin discovers that he can manipulate smoke as his primary power, which ties into street artist sensibilities.

Now being hunted by the Department of Unified Protection (DUP), Delsin finds that he has the following abilities with which to fight back against the system: 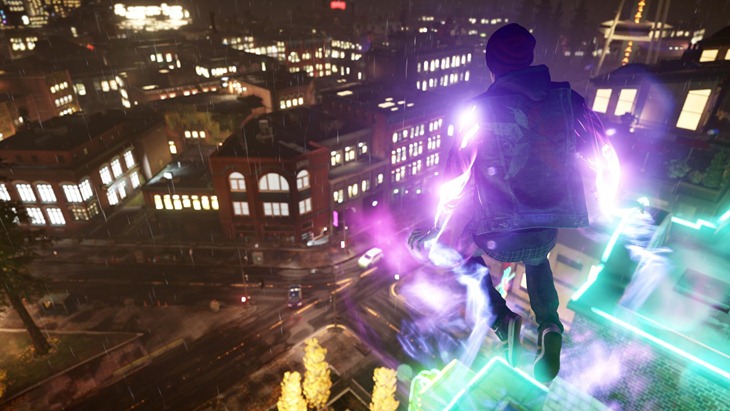 Originally a massive metropolis if the modern age, Empire City saw several city blocks destroyed when Cole McGrath inadvertently activated a ray sphere. The city was the playground for McGrath in inFamous 1, but was quickly destroyed by the beast in the opening act of inFamous 2. 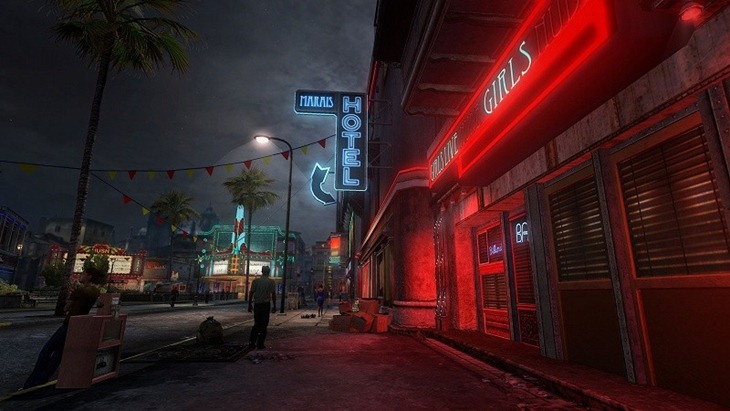 Taking inspiration from New Orleans, New Marais was a well-known festival city that had been devastated by a financial crisis and flooding. Local businessman and fanatic Joseph Bertrand III unofficially ran the city, that was home to McGrath for much of inFamous 2, and saw the RFI activated tat saved the world from the Ray Field Plague. Seven years after the first two games, Seattle is no longer known as the city of Rock ‘n Roll, but a locked down and fascist environment run by the DUP, which is determined to prevent the mistakes of New Marais and Empire City from ever occurring in that metropolis.