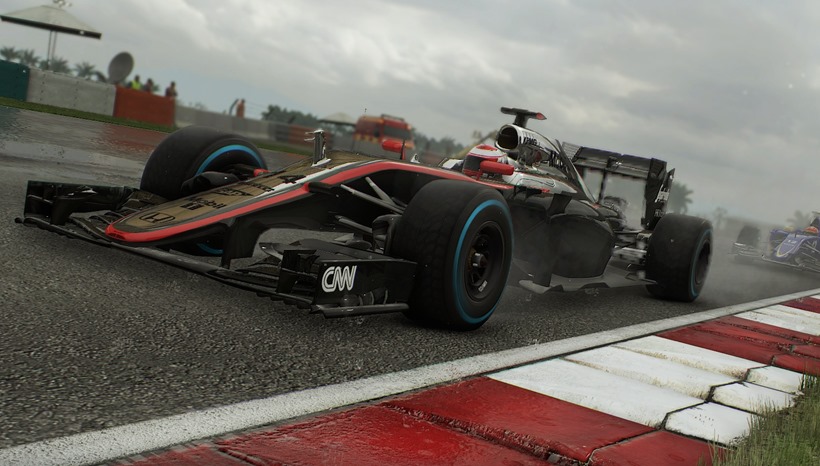 Formula One! I never watch TV, sports or believe that the Queen of England is actually real, but even I know about this massive motoring event. It’s the one where the cars go reeeeeeeaaaaaally fast around a track, right? Right!

A new F1 game launches later this month on console and PC. And yes, the PC version will have the best visuals. Hell, it had better, or there’ll be trouble. Here’s what you need to get the game running with minimum specs:

And here’s what Codemasters is recommending for first places finishes in the recommended specs department:

According to Alessandro, those are some hefty requirements. According to me, I like crayons. As Al enlightened me, those are near the requirements for the PC version of Batman Arkham Knight, minus the unrelenting rage that followed from realising that you may have bought a broken game a few weeks ago.

But seriously, according to Geoff and Al, there is some confusion here, as the specs detail either onboard graphics or a dedicated graphic card to get the best results. Weird. F1 2015 is out on July 10 on PC, Xbox One and PlayStation 4. VROOM!