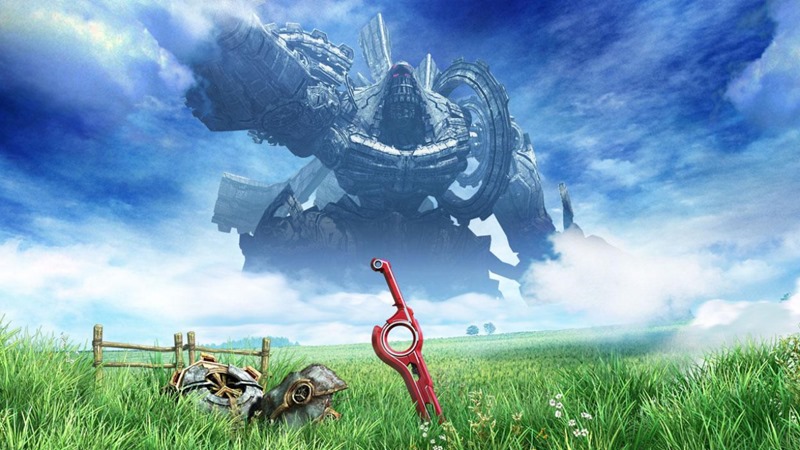 Xenoblade Chronicles! All of the Wii magic, condensed onto a smaller platform. The original game was simply massive, an epic journey through the wilds of some solid JRPG action. Putting all of that onto a single Nintendo 3DS card wasn’t exactly easy, and you’re going to need something a bit bigger than the standard 4gb microSD card if you want to download the game, as it’ll be an 8GB purchase.

That’s according to an official notice from Nintendo, advising consumers to get something a bit fatter ahead of the April 2 European release. It’s not exactly too surprising, as General Coordinator of the project Hiro Yamada of Nintendo Co. claimed that Xenoblade Chronicles would be a 100 hour game. Which would explain why we haven’t seen Geoff in quite a while.

“On top of this, implementing the 3D effect, which requires double the image processing, made it even harder,” Yamada said to Nintendo Life.

However, we used a lot of tricks technically, as well as in our working methods. We achieved the 3D effect while retaining an almost equal graphical quality, except for the resolution. Without the higher performance of the CPU on New 3DS compared to Nintendo 3DS, we simply wouldn’t have been able to port the game. The New Nintendo 3DS also comes with the C-Stick and ZL & ZR buttons, which was really helpful as we could just use the Wii Classic Controller control scheme without any changes.

As stated, simply porting the game itself was difficult. In porting the game we had to use a lot of technical tricks to get the immense landscapes to show both seamlessly and without performance drops. Dealing with the 3D effect was an incredibly difficult challenge, but something we deemed necessary to provide players with a sense of immersion in these huge landscapes.

There’s a yo mama joke somewhere in all of this. Somewhere…