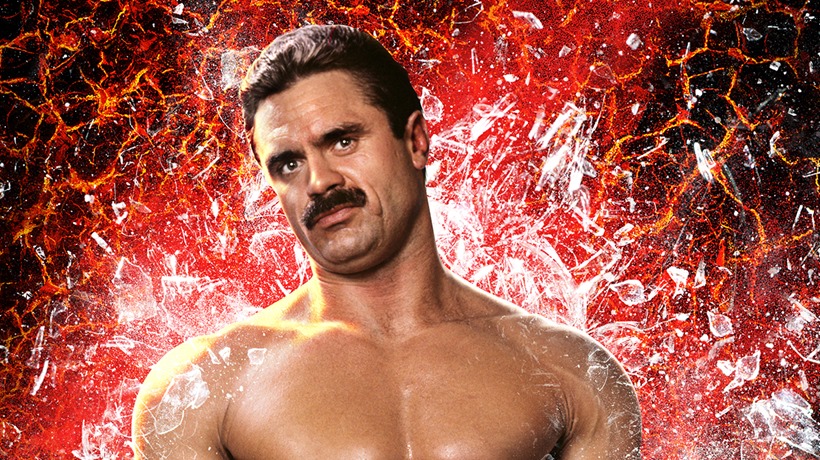 Another Tuesday, another WWE 2K16 roster reveal. I’ve got to admit, I’m kind of a fan of these. While the reveals of certain current in-ring superstars don’t exactly surprise me, I like seeing which WWE Legends make the cut each year. And this time, the roster includes some ravishing choices.

I am of course referring to Ravishing Rick Rude. Able to rock the kind of Jerry Curl mullet that would make Rick James jealous, Rick Rude was one of the best heels in any ring in any wrestling promotion that he worked in. WWE, WCW, NWA and ECW all saw the Rude one grab a mic and glory.

Sadly, Rude passed away way back in 1999, due to heart failure. He’s one of several post-mortem sueprstars that’ll be in WWE 2K16. Here’s this week’s roster update, which includes Texan Donald Trump, Drax the Destroyer and that wrestler dude from the first Spider-Man movie.

Oh man, Randy “Macho Man” Savage. Easily my all-time favourite WWE Legend, thanks to the absolute insanity that he wielded behind a microphone. Seriously, go YouTube the Macho one cutting a promo, and bask in that madness, something that no other superstar has ever been able to replicate.

Or you can snap into a Slim Jim. I’m just sayin’. OH YEEEEEEEAAAAAAAAAAH!

The Rock and The Undertaker are pretty much a given at this point. Hopefully, the Undertaker scan used in WWE 2K16 this year isn’t the one with a pizza slice for a haircut.

Pour one out, Microsoft retiring Internet Explorer after 25 years

Microsoft is finally ready to retire that browser that everyone loves to hate, Internet Ex…