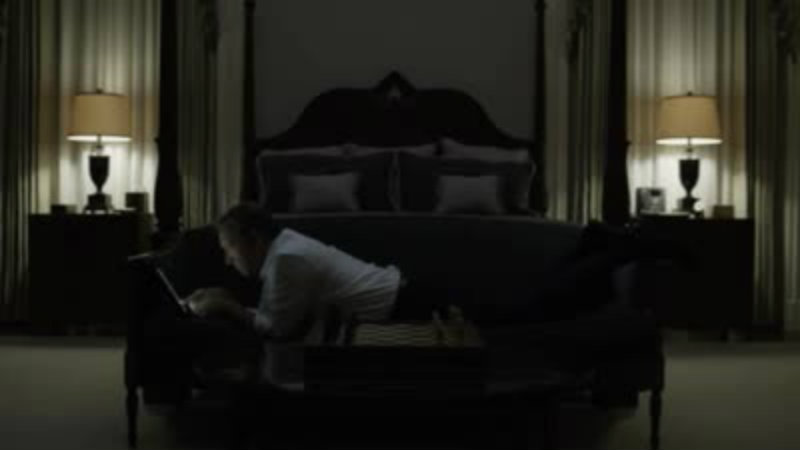 I may be slightly obsessed with House of Cards. It’s an excellent series whether or not you’re interested in American politics; it’s just a joy to behold as Kevin Spacey embodies Frank Underwood so perfectly. Despite being a high powered politician, Underwood plays video games. In the early seasons he’s shown playing FPS titles, but this year they’re showing something different. Warning: may contain extremely mild spoilers for Season 3.

There are two games that are shown in House of Cards this season, and neither of them are played on his usual PlayStation console. Now, this time he plays two indie titles, both of which have earned a ton of awards.

The first game we see him playing is Monument Valley on tablet. It even becomes a minor plot point as he discusses the game during strategy with his team and even goes so far as to hire the man who wrote an impressive review of the game. You see, game journalists are politicized in the best way, sometimes.

After he is hired by Underwood, the writer then introduces him to a different game, The Stanley Parable. Described as punishing the player for obeying or disobeying the rules, the game is an interesting parallel to a conundrum in the actual series.

It’s not just about using indies this time around as compared to the usual shooters. Underwood still references that there’s a PlayStation around for a kid to play on, but it sends an even more important message. Sure, Frank Underwood is a character we all love to hate. However, he’s also high functioning and incredibly successful. For him to also be shown as a gamer is excellent and makes me extremely happy – instead of gamers being shown as crazy misogynists like they were in Law & Order, House of Cards takes a much more nuanced approach to gaming, and even shows how it can be beneficial. Plus, it’s nice to see indies are getting attention, even on mainstream TV.

I’d like to see more series and movies adopt this in the future. Not all character have active hobbies where they want to go running or boxing to blow off steam – it’s great to see on-screen character engage in other, relatable activities.

David Fincher has signed a four-year exclusive deal with Netflix