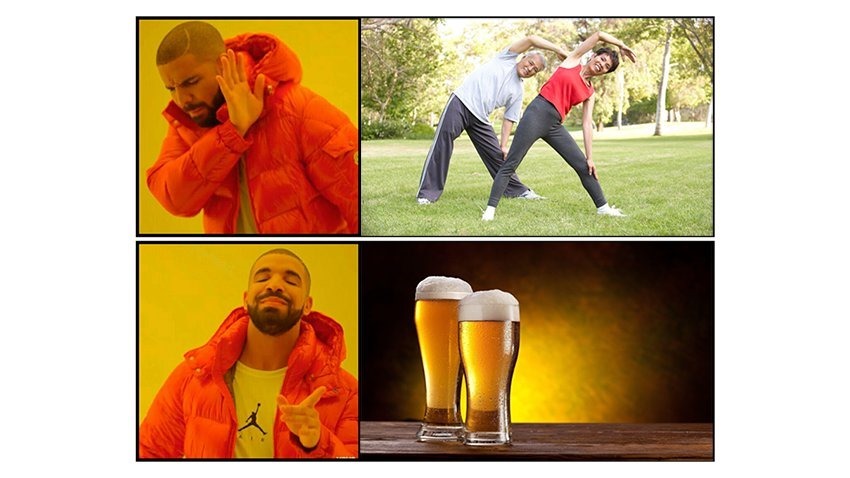 Eat healthy food. Avoid putting junk in your body. Exercise. Take good care of yourself. Die anyway. That’s always been a bit of a mantra for me as a way to avoid doing any exercise, and stuffing my face full of assorted pastries and beer with minimal guilt.

It turns out that the beer might not be so bad. In fact, it could be better than exercise if your goal is living past 90. According to a long-term study led by University of California neurologist Claudia Kawas, nonagenarians who favoured a moderate amount of the sauce were statistically likely to stave off the grim reaper than those who had a regimen of keen exercise.

Of the 1700 participants in the 15-year study, those who drank two glasses of beer or wine a day were 18 percent less likely to suffer from “premature death.” Those who exercised 15 to 45 minutes a day cut their risk by a significant, but lessor 11 per cent.

“I have no explanation for it, but I do firmly believe that modest drinking improves longevity,” Kawas said at the American Association for the Advancement of Science’s annual conference in Austin, Texas.

Interestingly, weight also plays a factor in longevity – but not in the way you’d imagine. Those who packed a few extra kilos (but weren’t obese) decreased their odds of an earlier grave by 3 percent. Apparently, while it’s fine to be skinny as a young person, it’s not in your best interests when you’re older.

Can I…uh…have two pints of lager and a packet of crisps please?

A bite of Italian in Wellington’s Val du Charron

On a balmy Saturday, my friends and I headed to the small town of Wellington to enjoy pizz…