Home Lifestyle Friday Debate: Are you a sucker for any superstitions? 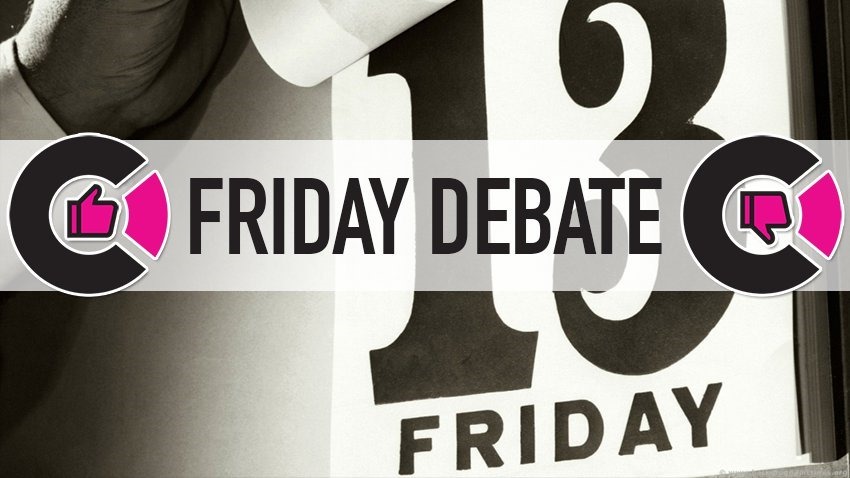 It’s Friday the 13th! For many, it’s an ill omen, a sign of impending misfortune – for other like me, it’s a meaningless day. It’s a Friday, and Friday the 13th is better than Monday the anything. Triskaidekaphobia is a very real thing, and one of the more prevalent superstitions. While I don’t consider myself a superstitious person at all, I’ll still pause when I have to say, walk under a ladder, or open an umbrella indoors. Then I’ll do it anyway as reason overrides the bits of my brain that have these long-ingrained superstitions in them.

We’ve been chatting about superstitions in our virtual office, and it seems that there are a number of odd things people believe. Darryn, for some reason, believes that the number 3 is lucky for him; I suspect it’s because he’s never mentally progressed beyond that age. Noelle, meanwhile, believes that one shouldn’t cut one’s nails on a Sunday, because it’s bad luck or something, for some reason.

Tracy also has an odd, reflexive superstition: If the clasp of her necklace swings round to touch the front of it, she has to kiss it before sending it back where it belongs. Something about good, positive happy thoughts. While Trevor won’t admit to any superstitions, he does say his mum talks to eggs before boiling them because comforting makes them boil better. Gavin, meanwhile, won’t let his wife only watch bits of a Liverpool match; it’s either all or nothing – because they tend to lose whenever she leaves through a match. Presumably, she sneak-watches half matches every single time they play.

Anyway, do you have any little superstitions that knock about in your brain? Any things you have to do before doing something else? A secret lucky pair of underpants? Let us know!