Home Opinion Friday Debate – Which fictional universe would you like to move to? 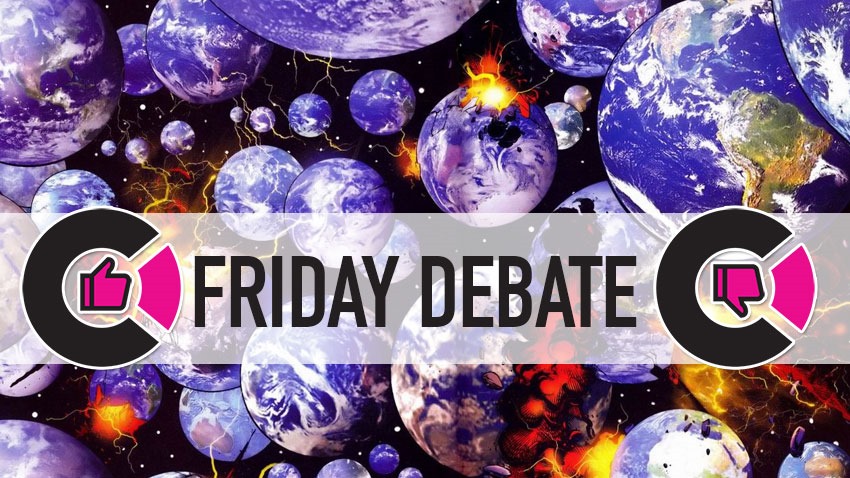 Well, we’re all screwed. Our planet is heating up quicker than a tub of butter in a microwave, our ocean is flooded with whale corpses and the people we elected to steer our society towards a brighter future have only succeeded in hastening up our arrival at the extinction station. As my good ol’ grandpappy used to say, when the going gets tough, the tough get going to somewhere else.

Unfortunately, chances are that a trip to Mars is probably out of the question due to space being a harsh mistress, but the concept of travel did get me thinking: If you could emigrate to another universe from anywhere across all of time, space and fiction, where would you apply for residence? Personally, I’d love to set up shop in the DC Universe.

Not the cinematic one mind you, but the proper printed reality of the comic books. Sure, the chance of being brutally murdered during a trip to Gotham or co-opted into Darkseid’s quest for the Anti-Life Equation is probably a smidge higher than usual in the current reality I exist in, but being able to live in a world where heroes are real and I can use my morally flexible charms to make a few bucks? Well worth the risk for all of that reward. Hell, if I get bitten by anything with a smidge of radioactivity in it, I’ll probably wind up with powers thanks to the dodgy physics of that world!

Meanwhile, Noelle has so many hours notched in Assassin’s Creed Odyssey that she’s practically a full-blooded ancient Greek warrior by now, so seeing her don ancient armour and jump through a time portal into a land of ancient brutality would probably put the biggest smile possible on her face. How about you? Which world, land or reality would you happily call home if you were given a chance to breach on through to the other side? Sound off below and let’s discuss travel options!