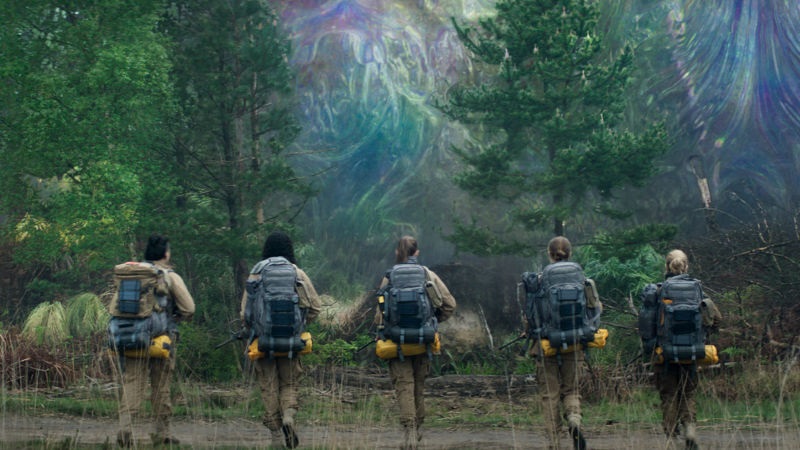 This may come as news to some of you, but I’m not always right… Okay, that’s utter bollocks, but I am pleased to say I was indeed wrong/right about Netflix’s new science fiction movie, Annihilation. ‘How can you be both?’, you scream in confusion? Well when I first saw the trailer for Ex-Machina director Alex Garland’s latest entry into science fiction, I was triggered like you can’t believe.

You see the movie is based on the 2014 novel of the same name by Jeff Vandermeer, and I LOVED that book. It’s part of a trilogy but when Garland started working on the treatment the other two books hadn’t come out yet, something that led to some controversy because of THE INTERNET. 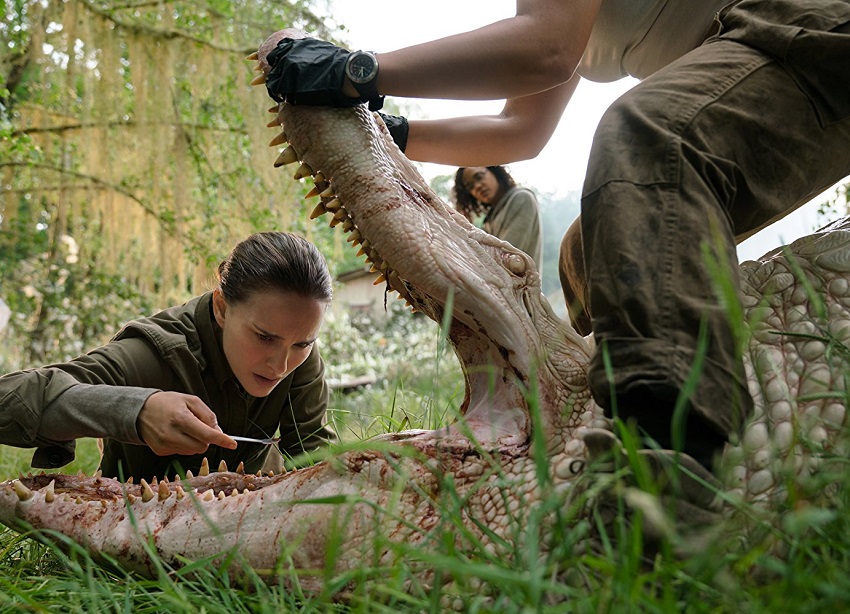 Why I was upset was because the trailer looked like a cross between Aliens and Arrival. There were loads of guns, shooting, and monsters, most of which never happened in the more thoughtful novels. Not only that but the whole story was different. Then I heard that general audiences were too confused to understand Annihilation and that some suits wanted to ‘dumb it down’. Now I was interested again.

I’m very happy to report that what we get from Annihilation, is smart science fiction that mixes in a few other genres. From horror to psychedilic themes found in movies like 2001: A Space Odyssey, Annihilation really delivers on the science fiction front. This is not Vandermeer’s baby, this is Garland’s creation, only using the literary DNA of its source material to craft its tale. And I loved it. It boasts some stellar performances from Natalie Portman and Jennifer Jason Leigh and also has Oscar Isaac, a regular it would seem in Garland’s acting arsenal (he was in Ex-Machina too). 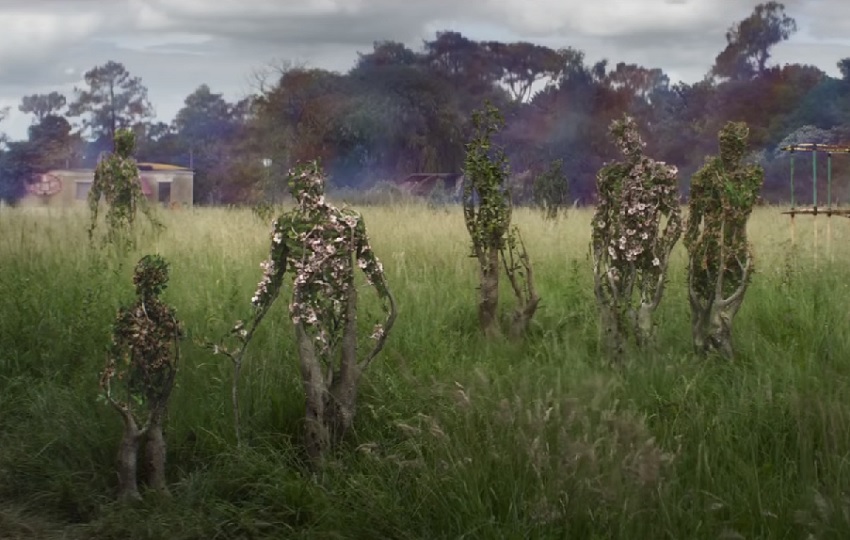 Here are some comments from Kervyn, who watched it as well.

While I do love me some pew-pew, laser-sword sci-fi action, I actually cut my genre teeth on the works of Arthur C. Clarke. The great visionary had an incredible knack for imagining far-out alien worlds, twisted away from the normal in extreme fashion, but still based in solid scientific rules. That and mind-blowing cosmic ideas that left half the audience wondering what the hell is actually going on (see: 2001: A Space Odyssey). Two years ago, we had Denis Villeneuve do his best Arthur C. Clarke impersonation with Arrival to jaw-dropping effect, and now it’s Alex Garland’s turn with Annihilation.

Straight off the bat, I will say that I didn’t find Annihilation quite as good as Arrival, as it lacks some of the narrative ingenuity Villeneuve employed. It makes up for that though with some seriously mind-bending and trippy sci-fi storytelling complete with visuals out of a fever dream. I never read Jeff Vandermeer’s original novel, so I’m not sure how much action it had, but Garland peppers his film with just enough to punch things up every once in a while, but never making the gunplay even close to the focus.

Instead, this is all about the characters – all brought to life brilliantly by the almost entirely all-female cast led by Natalie Portman – and the sometimes wonderful, sometimes horrific, almost always “WTF is going on here?!” story. Personally, when the final revelations are made though, I didn’t find Garland’s take on things to be quite as mind-blowing as Nick did, but I sure as hell did love the journey – filled with both a massive sense of wonder and palpable dread – it took to get there.

If you want to hear me dive a little bit more in-depth into the movie (SPOILER WARNING) you can listen to me blather like a fanboy in the video below.

If you’ve seen Annihilation, what did you think of the movie? Is Netflix getting it right? Sound off in the comments below!