After 10 years of being in the superhero movie game, Marvel is making history with Ant-Man and The Wasp as it’s the first entry in their cinematic universe that features a female hero being referenced in the title. And Marvel got it wrong. 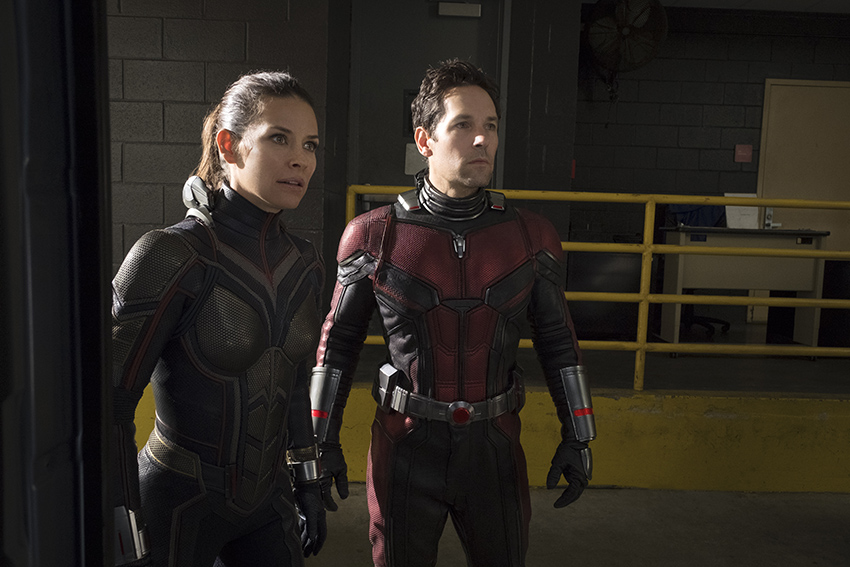 While Paul Rudd is great as he returns to the role of the MCU’s tiniest hero in this breezy fun romp of a sequel, it’s Evangeline Lilly who follows through on her costumed heroics potential from the first film to totally own every scene she’s in. Exuding a poised and badass competency from the very second she shows up as Wasp in spectacular ass-kicking fashion, you can see her holding her own alongside the Avengers A-listers with shocking ease. As a result, The Wasp & Ant-Man feels like a more accurate title here. Actually, make that The Wasp and Luis and Ant-Man as Michael Peña’s fan-favourite ebullient ex-con once again puts in a hilarious showing with his motormouth antics as well.

That’s not to say that Rudd is short-changed here as he is the beating heart of this endeavour. Looser and more natural in his goofy charm than his first outing as the formic hero – and showing off fantastic chemistry with Lilly’s Hope van Dyne – the most unlikeliest superhero casting of the MCU adds palpable helpings of humanity to the affair. This is especially true when Rudd’s Scott Lang is sharing the scene with his daughter Cassie, brought to life in a too-cute-for-words turn by Abby Ryder Fortson (and if you know your comics, then you should pick up on some great potential foreshadowing in their sweet chats). 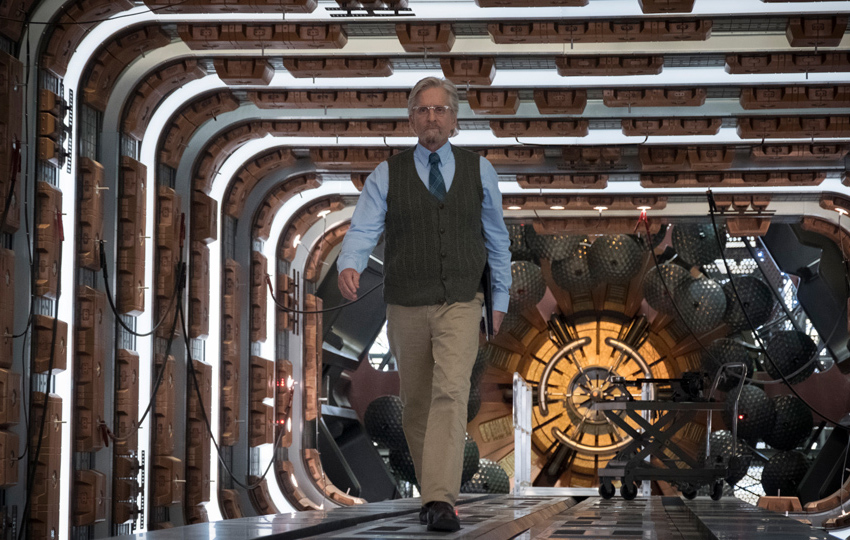 And there are a fair bit of those daddy-daughter moments as Ant-Man and The Wasp functions as more of a follow-up to Captain America: Civil War than its eponymous progenitor with Lang finding himself in the final days of the two years of house arrest he was slapped with after being caught helping out Captain America’s illegal team of Avengers. Lang’s time is filled with trying to entertain his daughter and running the fledgeling security company he and Luis have started, all from the confines of his home. That is when his personal space is not being invaded by routine inspections from nerdy FBI agent Jimmy Woo (Randall Park).

There was an additional repercussion to Ant-Man’s illegal activities though, as Hank Pym (Michael Douglas) and Hope found themselves on the run from the law after the father and daughter were pinned as accomplices due to Lang using their tech. To say that the duo is not happy with Lang about this is an understatement. However, when it becomes apparent that Lang’s trippy sojourn into the psychedelic sub-atomic Quantum Realm in the finale of the previous film may hold the key to Pym finally rescuing Janet Van Dyne (Michelle Pfeiffer) – Hope’s mother and the original Wasp who was lost in the Quantum Realm 30 years ago after heroically sacrificing herself on a mission – animosity is pushed aside (well, just a bit to the side) for a team-up. 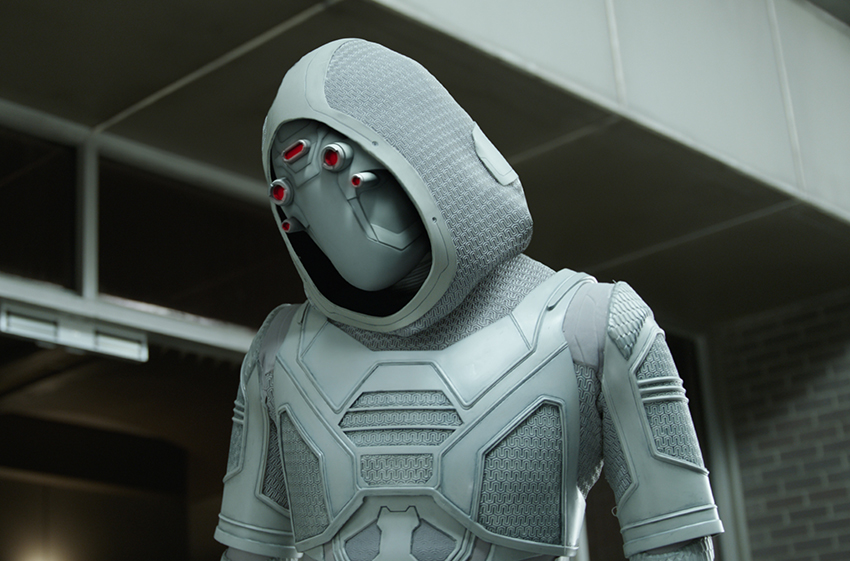 There are just two slight problems in the forms of Sonny Burch (Walton Goggins), a black marketeer who wants to exploit the Quantum Realm for profit, and Ghost (Hannah John-Kamen), a mysterious, literally ethereal assailant on a deadly mission of her own. The always dependable Goggins plays Burch with a very enjoyable oily Kentucky-fried streak of villainy, but you can’t help but feel his character mostly just acts as padding to puff up the antagonistic threat.

This is a bit disappointing, as John-Kamen puts in a very solid showing as Ghost and her tragic backstory gets rushed through rather perfunctorily by way of a huge mid-film exposition dump. Maybe with one less villain, she could have had the screen time to really push her into iconic sympathetic villain territory, but as it is her phasing powers at least make for some fantastic visual dust-ups. So too Laurence Fishburne as fellow classic size-changing Marvel character Dr. Bill Foster doesn’t have too much to do here.

Speaking of screen time, as mentioned before, Ant-Man and The Wasp introduces Michelle Pfeiffer into the MCU. I would say that the script (which Rudd co-wrote) leaves the screen veteran a bit underused for my tastes, but that’s simply because when she does show up, she’s a marvel (pun fully intended). I would pay good money to see some prequel adventures of her and Michael Douglas’ younger characters, aged down through Marvel’s VFX techno-wizardry. 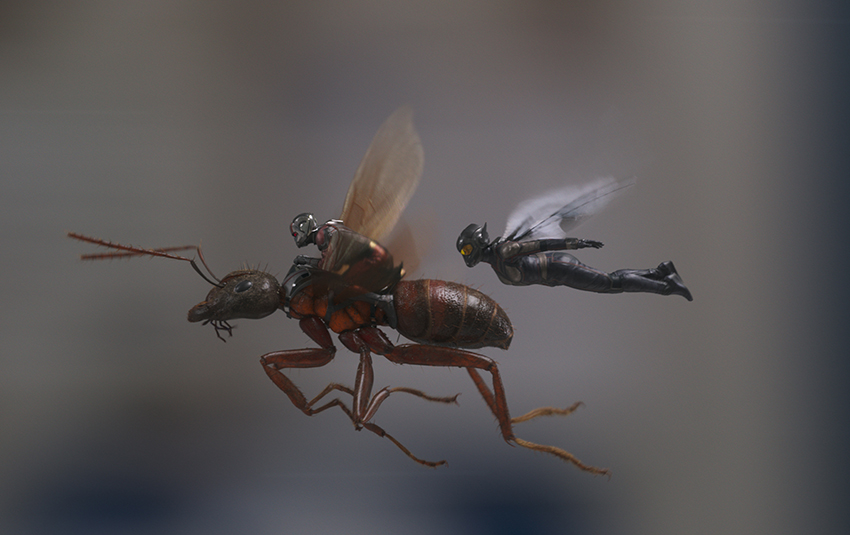 Returning director Peyton Reed, now wholly crafting his own film instead of glueing together the pieces of an infamously famous troubled production, is now also able to stamp his touch on everything here. The quirky and charming comedic stylings of his previous filmography shine through in every frame. It’s not the usual Marvel snark we’ve come to know – this is a bit more goofy and affable. That lightheartedness also seasons the film’s great macro/micro action beats, as everything from giant Pez dispensers to a carry case full of Hot Wheels gets added into the mix for a laugh. When Wasp is on the screen though, the action is all jaw-dropping business as she zips, shrinks, kicks, grows, flips, punches, and blasts her way through enemies in stunning fashion.

Essentially taking place across just two days and relatively unheeded by the larger doomsday events in the rest of the MCU for the most part, Reed keeps things on the intimate side. Nobody’s trying to save or destroy the world here, as the stakes are all relievedly personal. Whipping along at a very breezy pace, there’s never a dull moment here, and even though Ant-Man & The Wasp may not be of significant overarching universal importance, its undeniable just how much fun it is to watch. After the pathos-laden events of Avengers: Infinity War, what Reed and co offer here is a highly-welcomed palette cleanser. A cathartic burst of uproarious levity after a soul-shredding bout of tragedy. And I’m all for it. 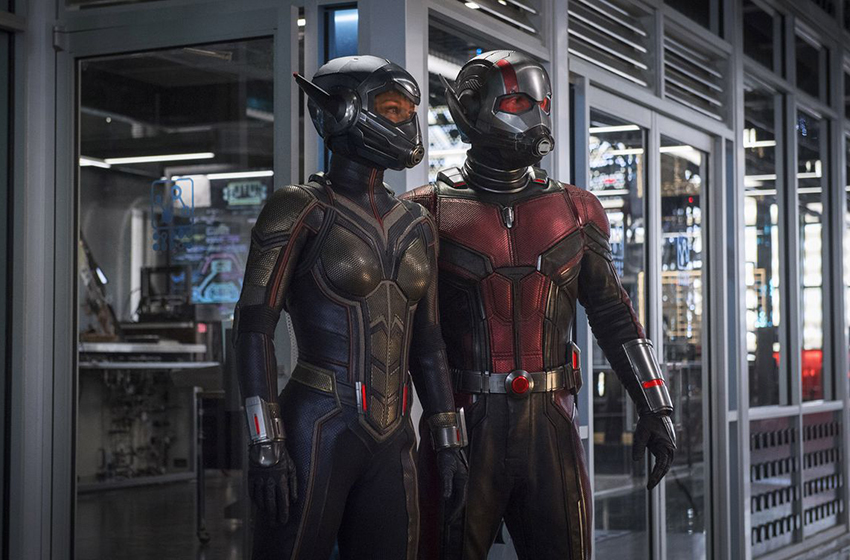 The first Ant-Man film succeeded because it was such standalone diversion from the rest of the MCU melodrama, and the same holds even more true for this more confident sequel which doesn’t need any Avengers cameos to sell itself. Yes, it’s the cinematic equivalent of candy floss, light and giddy and comforting but not much in the way of lasting substance, but it sure as hell will leave you with a gig-ANT-ic smile on your face.

Pro-tip: As is the norm with these things, Ant-Man & The Wasp has two credits scenes. You should definitely stay for the first, but the second really isn’t worth staring at the names of a veritable army of VFX artists for 10 minutes.